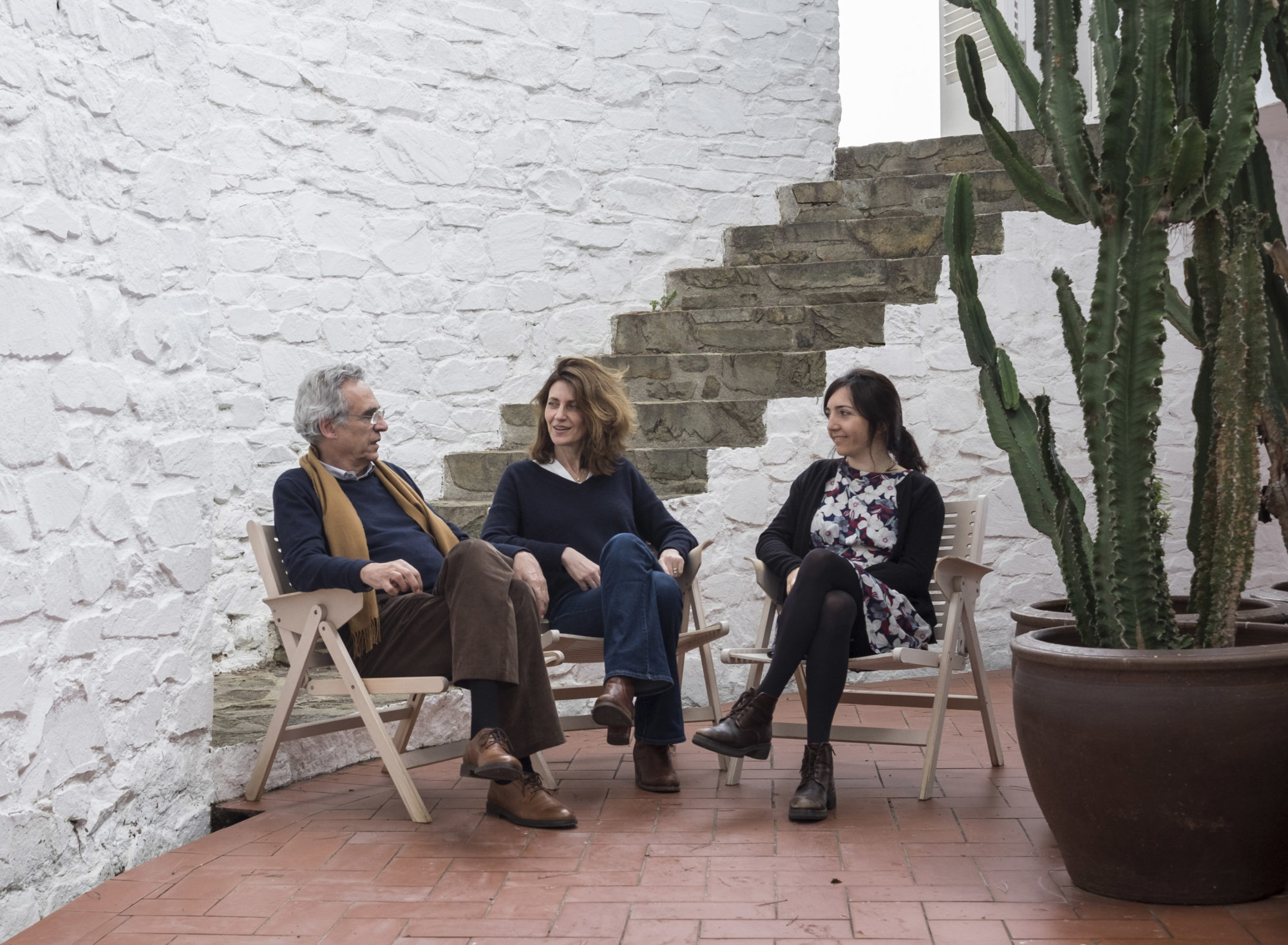 Jordi Garcés, Daria de Seta and Anna Bonet, associated since 2011, now start out on a new stage of international tenders and works that integrates and continues the Jordi Garcés’s already consolidated trajectory (Picasso Museum, Vall d’Hebron Olympic Pavilio, Hotel Plaza in Barcelona, ​​Museum of Art of Navarre, Museum of Science and the Cosmos of Tenerife, among others).

Winners of the international tender for The Priory Site in Pully, Lausanne, the Palace of Justice in Strasbourg, the Syracuse Maritime Station and a residential complex in Tours, in recent years they have enjoyed considerable success among critics. The project for Three metro stations on  Line 9 in Barcelona, ​was at the 2014 Venice Architecture Biennale, then at the Fad Award 2016, and the project for the Arranz Bravo Painting Studio received a mention of honour from the jury and the Opinion Award at the FAD Awards 2014.

These more recent works are the result of a new professional complementarity from both the generational and the cultural point of view, and are capable of interpreting the conceptual, technical and project management challenges of our present.

It seems that it has never been so necessary to reflect on the relationship we establish with the places we live in as at this historical time. Climate crisis, phenomena of great social transformation, real estate bubbles, large speculative disasters that have altered the landscape and the oro-hydrographic ecosystem are just some of the signs that architecture is becoming more and more a mandatory testbed for new, more sustainable policies.

These considerations are the basis of three fundamental principles that characterise our approach to the project.

-Attention to the place

An architectural project is intended as a process guided by the character of the place (a mixture of society, territory, landscape, culture, environment), an opportunity to read and reinterpret the existing, whether it be natural or anthropised, urban or rural, central or peripheral, historical heritage or abandoned area. The transformation of the site and its atmosphere produced by architectural intervention has become a precious opportunity to re-read and then adapt and enhance the contextual riches.

-Dialogue between old and new

Far from an interpretation of the project as a conservative process, we believe that the look we project on the world with our work must be the result of a contemporary sensibility capable of conversing with the present, with those who use it today. The project must propose solutions that speak the language of those who live there, solutions that are images of our time. Adding a piece of honesty to the mosaic of the history of places requires a flight from historicism, mimicry, and instead operation in a contemporary key.

-What is truly needed?

We believe it is very important to answer this question before starting to design solutions. We have long been convinced that in order to achieve the best project, the solutions with the greatest expressive and conceptual impact, it is essential to understand what is strictly necessary, not only in terms of reducing impacts and costs, but above all in terms of rigour and accuracy in the analysis of existing needs and qualities; an ethical way to relate through our profession to the world in which we live and to search for new forms of beauty.


Architect since 1970. Doctor in architecture by the UPC in 1987. Project Teacher at the Barcelona Technical School of Architecture from 1974 to 2015. Guest teacher and external expert from 1995, at the Federal Polytechnic School of Lausanne. Jury member at many awards and competitions. Architect of the Picasso Museum of Barcelona, which with the latest recent addition adds the new annex building as a culmination of the long transformation and adaptation of the 5 Gothic buildings in Montcada Street. The Museum of Navarre in Pamplona, ​​the first Science Museum of Barcelona, ​​the Tenerife Cosmos Museum, the temporary exhibition halls of the MNAC (Catalonia National Art Museum), the Egyptian Museum of Barcelona, ​​the Francisco Godia Foundation of Barcelona, are all examples of this long trajectory of museum projects. His approach to the project always pays great attention to the character of the urban fabric into which the building dives, but also to the content and the identity of the cultural institution using it and the specific materiality and symbology of the collections it holds. It also derives from a professional sensitivity more generic and consolidated by experience: a professional sensitivity obtained in multiple projects on very diverse topics.


Architect since 1998. Doctor in architecture with a thesis in Museography. A guest at various European universities, from 2009 to 2014 she was a Project Teacher in Geneva (HEAD-HEPIA); she is currently a teacher and academic coordinator of “Design of spaces” in Elisava in Barcelona. Associated with the Garcés-de-Seta-Bonet agency since 2011, she has directed studies and sites for several projects in recent years, such as the extension of the Picasso Museum and the Arranz Bravo Workshop in Barcelona, as well as the Strasbourg Palace of Justice in France. Her international experiences gave her the tools to organise the teams of the last tender won by the agency. In particular for the project management of the Palace of Justice in Strasbourg she coordinated an international team and cared for the relations with a Project Manager (the Real Estate Agency of the French Ministry of Justice) and the very demanding and foreign users (the Court of High Instance of Strasbourg). Daria de Seta has always reconciled the practice of the project with her theoretical-critical activity. Her work as curator of an architecture and photography exhibition, her collaboration with several magazines of the sector, and her publications in general bear witness to it and support her teaching activity with the practical research of the workshop. She has also collaborated with Goppion, the Technical Museum Laboratory in Milan (Italy), the producer of showcases for the preventive conservation of works of art.


Architect since 2003. She has worked in the office of Jordi Garcés since 2007 and in 2011 became an associate architect of the Garcés de Seta Bonet Arquitectes agency.
She directs the studies and sites of several recent projects, particularly in Catalonia and in Barcelona, like the Annex to the Picasso Museum, the New Headquarters of the Godia  Foundation and the Farinera building, as well as several projects of private houses on the Costa Brava.
Her experiences have given her the tools to coordinate the teams of the workshop and several projects at the same time.
She collaborated on the scenography for the Syracuse Greek Theatre in Italy and in the Museography at the Catalonia History Museum (MNAC) in Barcelona.