Read more Close
Read more Close
In this former military precinct, designed according to the Eixample directives, the building is located between two barracks converted into university facilities.

It is a building, in the basement, looking for its façades. They are obtained by courses directed in one direction, and emerging in the outer space, with the right measure and in a constant direction, they order the central place, the Agora, of the new university complex. The glass closures between the walls turn into light at night. A central canopy built in the same way, presides over the symmetrical space.

Two of the courtyards house staircases providing direct access to the interior where the central hall of the same building is located, which also serves as a link between the two neighboring university centers. From the lobby, there is access to the meeting room and the exhibition hall. All the spaces have a natural light thanks to the patios and the windows.

The project is completed by a continuous fringe which encloses the rector’s office and the study room which was built with the painter Antoni Tàpies.

The structure is made of visible concrete walls, perpendicular to the facades. These are made of glass and are covered with stones in their extension, in order to close the roof laterally and stand out in the square. The exterior and interior pavements are also stone, except the bottom of the patios which are wooden.
Award
Premi Ciudat de Barcelona 1.996 en l‘apartado d’Arquitectura i Urbanisme 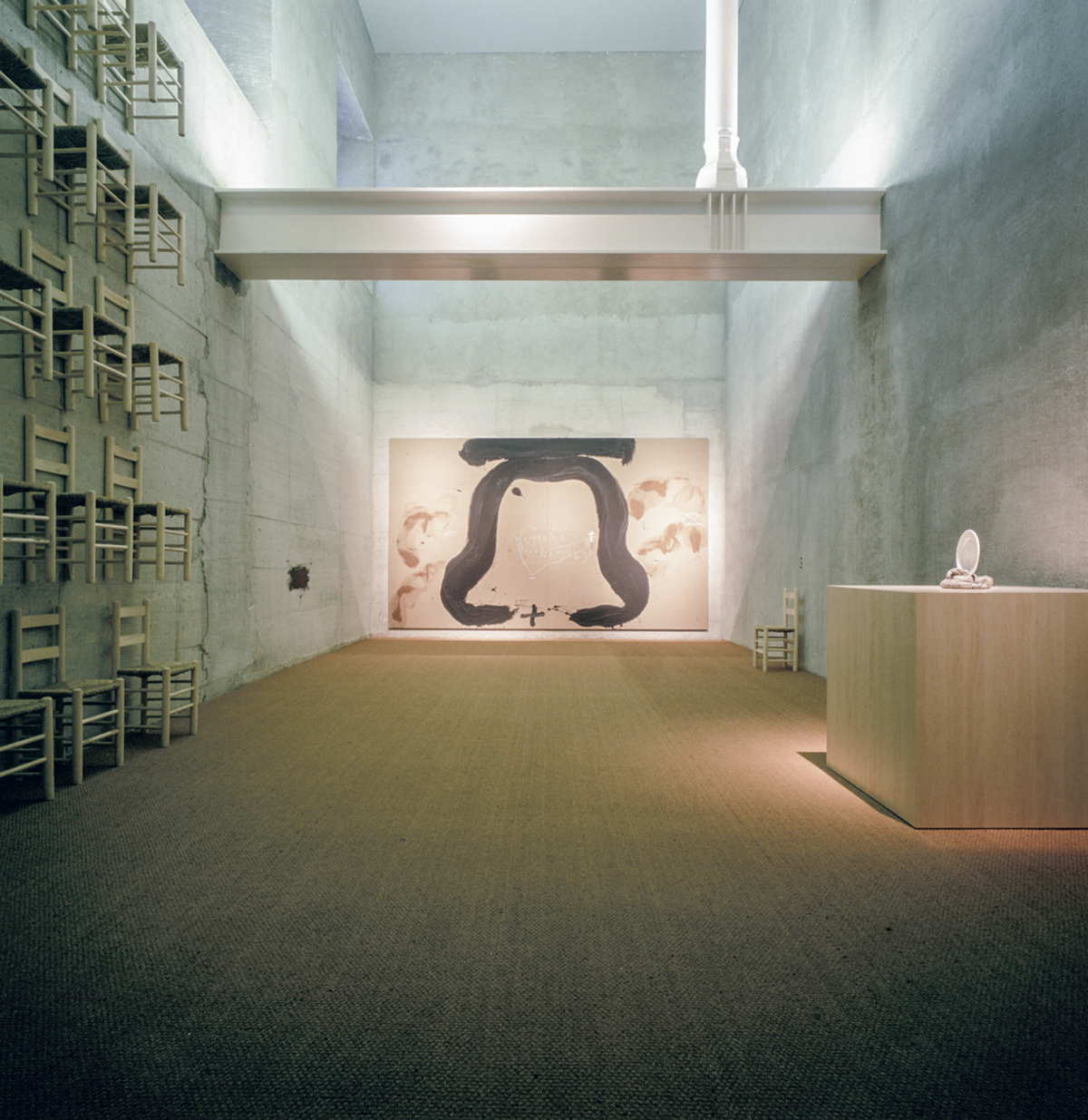 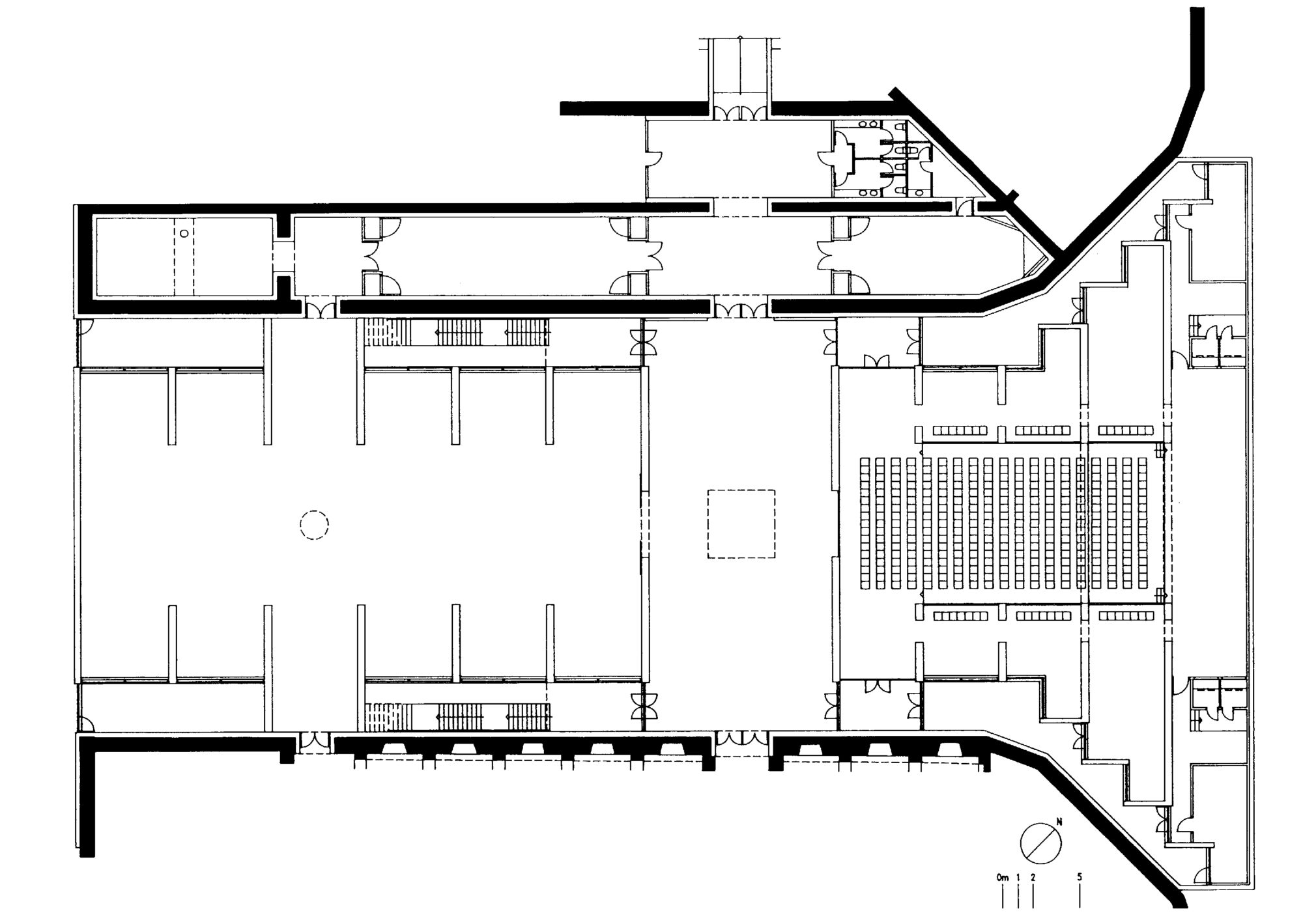