Read more Close
Read more Close
The special technical characteristics of the Imax Cinema of Port Vell have transmitted to its architecture the most singular physical aspects: its large volume and its wide dimensions, attributes that mark its external presence.
From the very nature of the spectacle that is produced, other characteristics are also derived that are no less important for the definition of its architecture: it has a compact organic program, with a very defined location of the spectators within an opaque, closed and strongly isolated volume.
The novelty and experimental nature of this film projection system in comparison with the usual one is that our screens do not need a symbolic or representative public image, which accompanies a large theater or auditorium. Thus, the Imax Cinema of Port Vell is a very functional construction, attentive to its unique location, but with an abstract and neutral architectural appearance.
Similar facilities in the US and Europe, mainly when they are installed in theme parks, usually develop a figurative and fantastic image evoked from the world of aero-space technology, with constructive structures that appear to defy the laws of statics and gravity, or that imitate complex natural formations crystallographic on a "pop-art" scale.
Our Imax proposal moves away from these ephemeral formalizations typical of amusement parks and instead proposes a serious technological and functional construction, and experimentally respectful with the urban and port environment that welcomes it.
The Imax building emerges in the center of Port Vell, in an area destined for leisure and commercial uses, surrounded by water and quite isolated from the building front closest to the city. This very singular situation made us formally orientate the project towards an architectural model more relevant to a port landscape and therefore more easily integrable to this medium than another model more typical of an urban agglomeration.
With this intention, the Imax's great volume was projected, with the highest typological clarity derived from its specific program and activity, it was "dressed" with a light metallic white wrapper, with a very ordered arrangement, and finally the set was modeled of its architectural plans with a certain "dynamism". We wanted the vision of the Imax to evoke more of a ship than a conventional construction.
Location
Moll d’Espanya. Port Vell. Barcelona
Area
2474 m²
Year of the project
1993
Start of construction
1994
End of construction
1996
Co-authors
Juan Ignacio Quintana, Arquitecte (Projecte i D/O)
Jordi Maristany, Arquitecte (Estructura)
Jacques Prat, Enginyer (Enginyeria de pantalles i estructura espacial)
Enginyeria Jeroni Cabot (Instal·lacions)
Higini Arau, Doctor en Física (Enginyeria acústica) 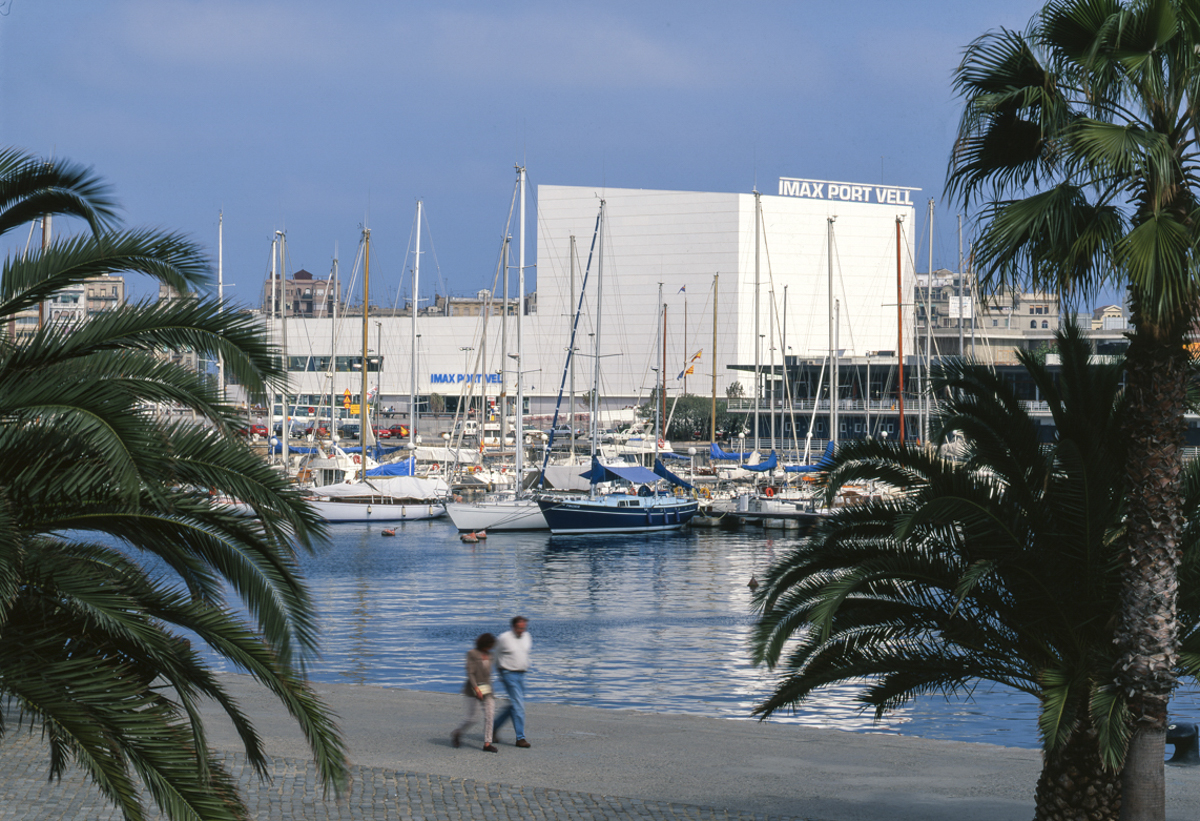 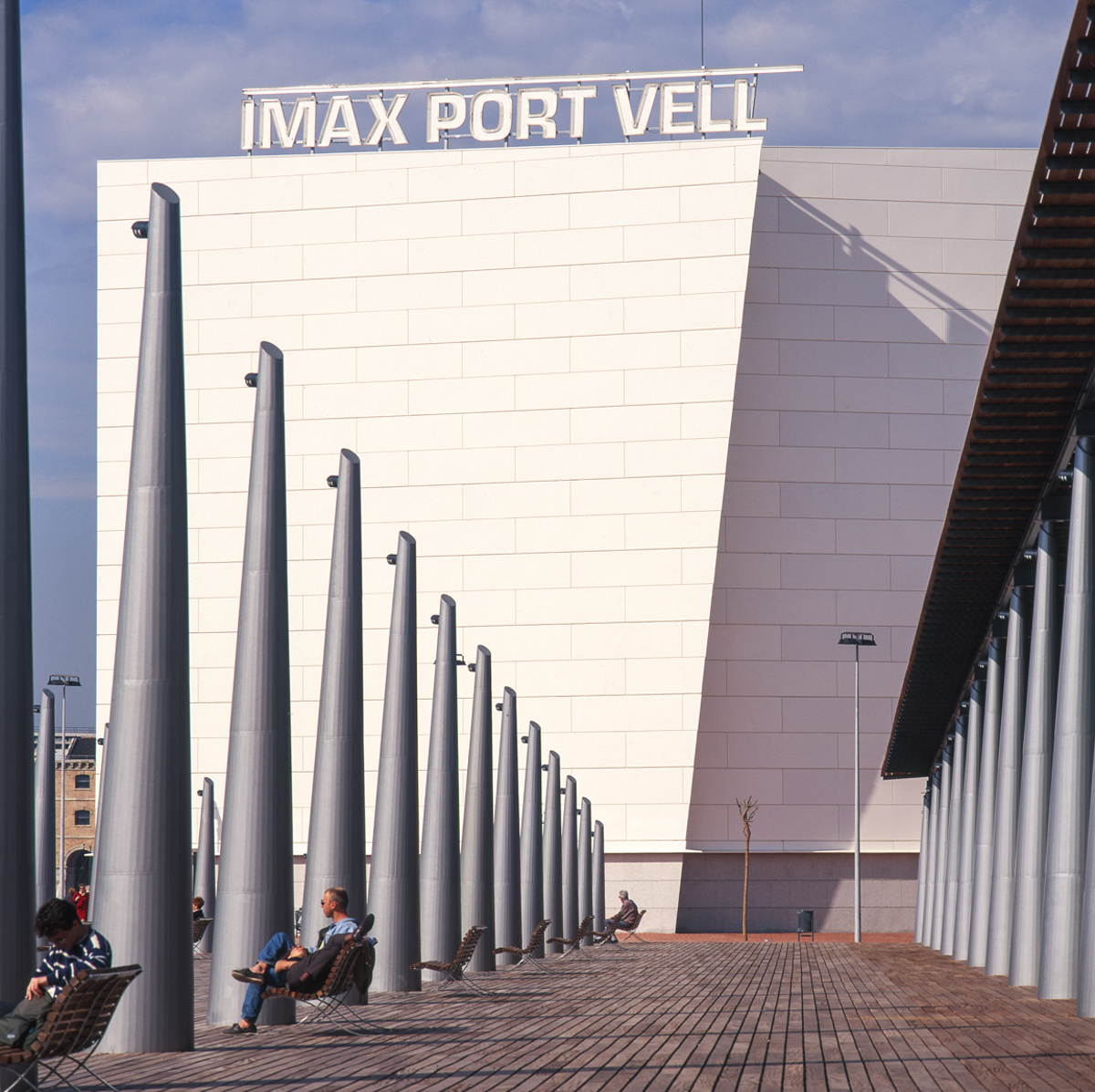 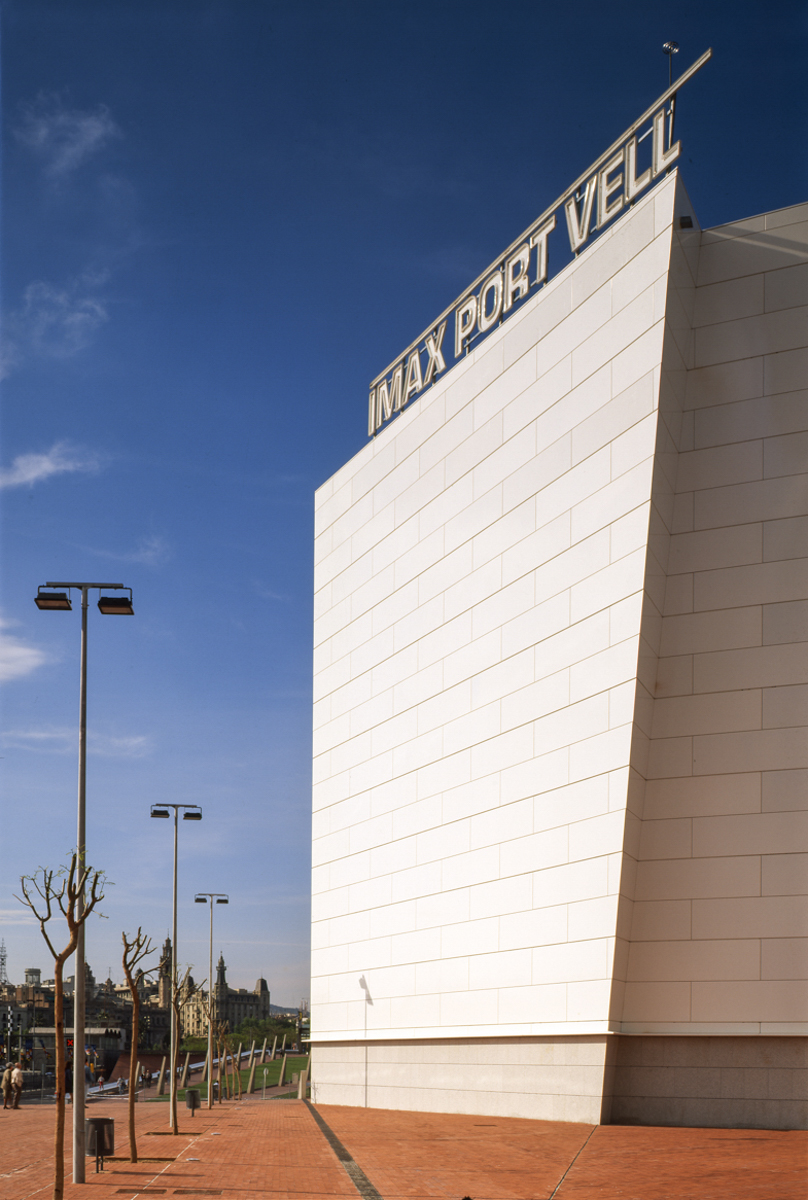 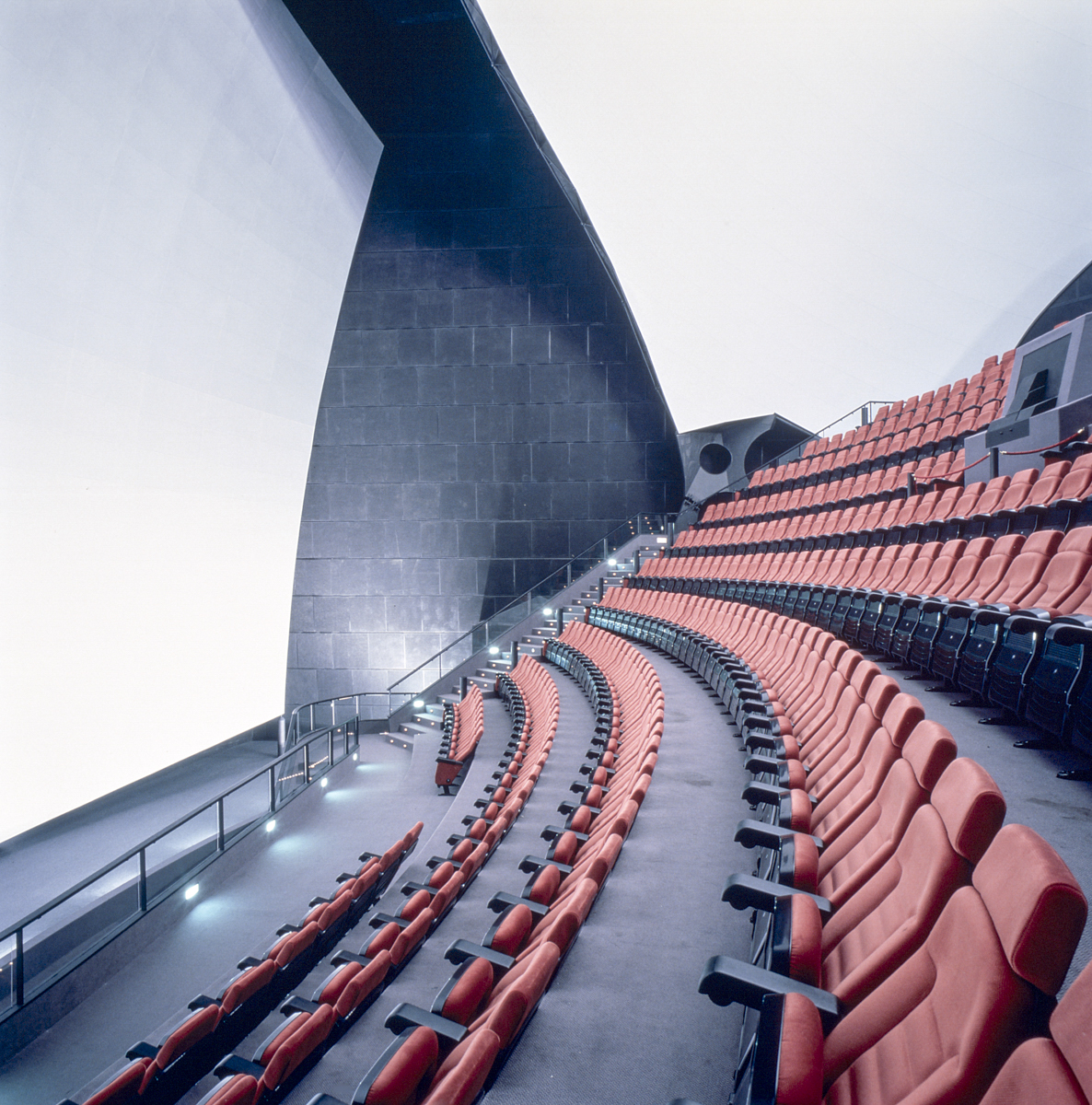 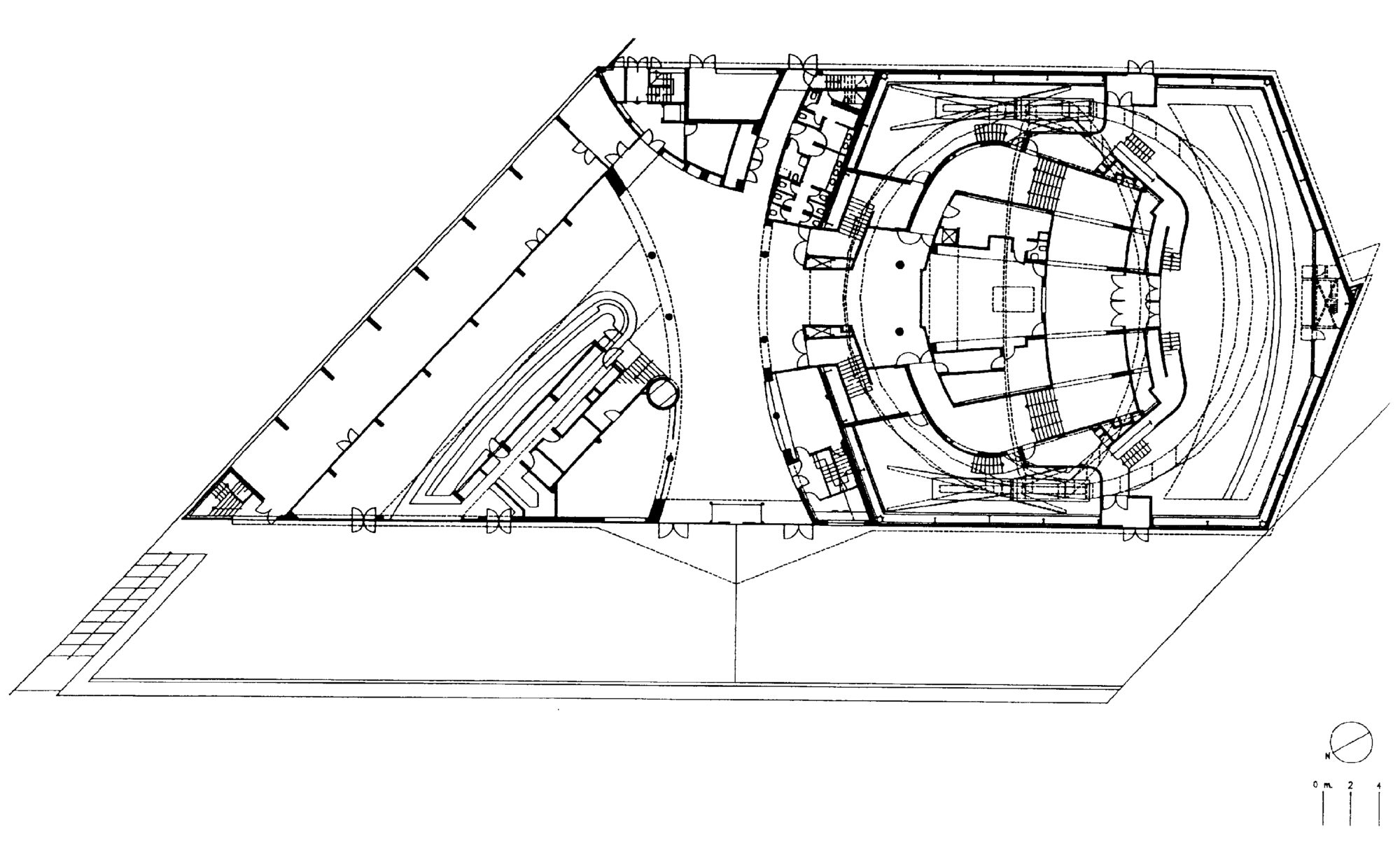