Read more Close
Read more Close
From the Pont de la Fonderie, the Palais de Justice in Strasbourg shows its original appearance, both from a morphological and a historical point of view.

On entering the new building, the user will have the perception of an extremely luminous space, a spectacle of light relayed by the glass facade in the perspective of the interior garden. The clarity, the transparency, the connections between the series of spaces bring peacefulness and also a certain solemnity.

Two major elements give the project both functional and spatial quality: the courtyard created in the heart of the Palais, and the entirely new volume that houses all the courtrooms. A particular sequence - Salle des Pas Perdus, inner courtyard, courtroom space - is thus integrated into the building, giving it a functional and qualitative logic.

This central arrangement makes it possible to direct the public straight to the heart of the building, while ensuring the required independence for certain movements of users.

Like a diaphragm between the Salle des Pas Perdus and the garden, a glass plate shelters the pathways reserved for the public.

On the different floors, spaces designed like glazed galleries around a patio offer a pleasant and animated view of the interior garden, whose contemporary writing on the facades presents itself as a premise to a more general composition that unfolds on the roof.

The design of the new attic seeks to restore a balance and elegance to the perimetric coronation of the building. The volumes it produces conceive a landscape whose silhouette interacts with that of the pointed roofs of the city, the inclined walls of which reflect the colour changes in the sky.

Skylights are wisely integrated into the roof to provide zenithal lighting to areas such as the courtroom, cafeteria and library.

This attic, with a certain formal boldness, sets the terms of a respectful relationship between the expression of an affirmed modernity and the strict order of the facades of the historical building.

Thus, the city of Strasbourg is enriched by a new urban landmark, respecting the image inscribed in the collective memory of the Neckelmann monument.

For everything to last, it must first of all change.
Awards
Prize Geste d'Or 2018
Prize Équerre d'Argent 2017 - Finalist 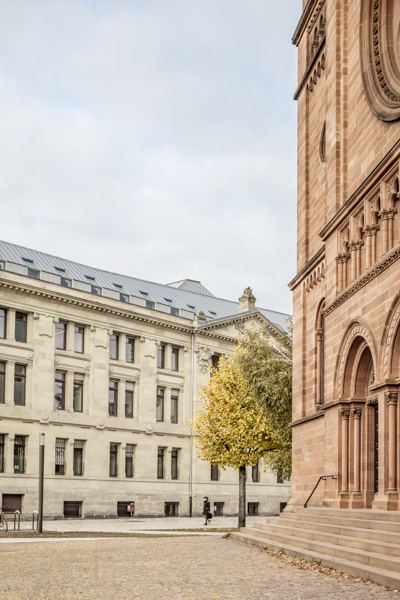 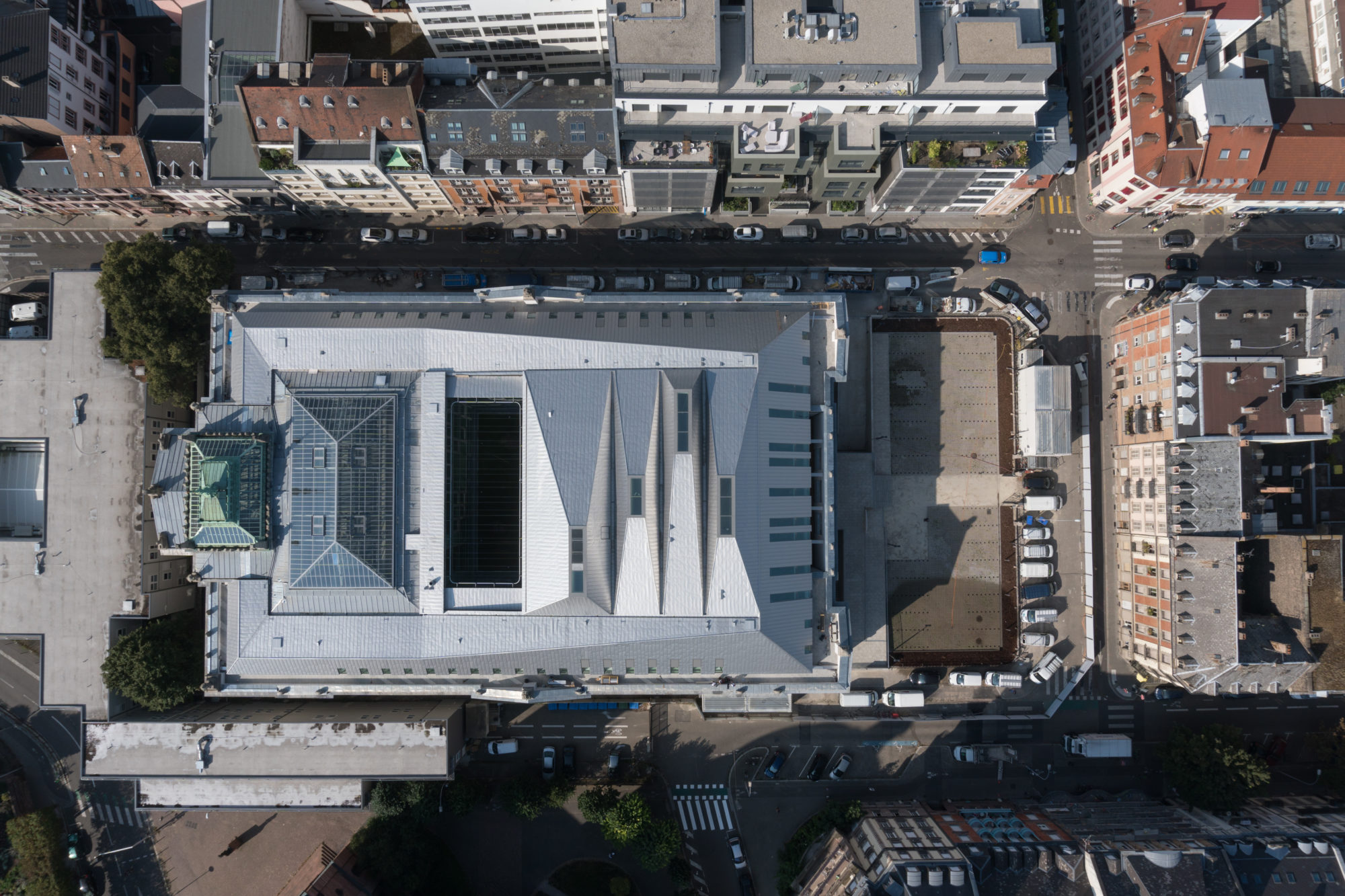 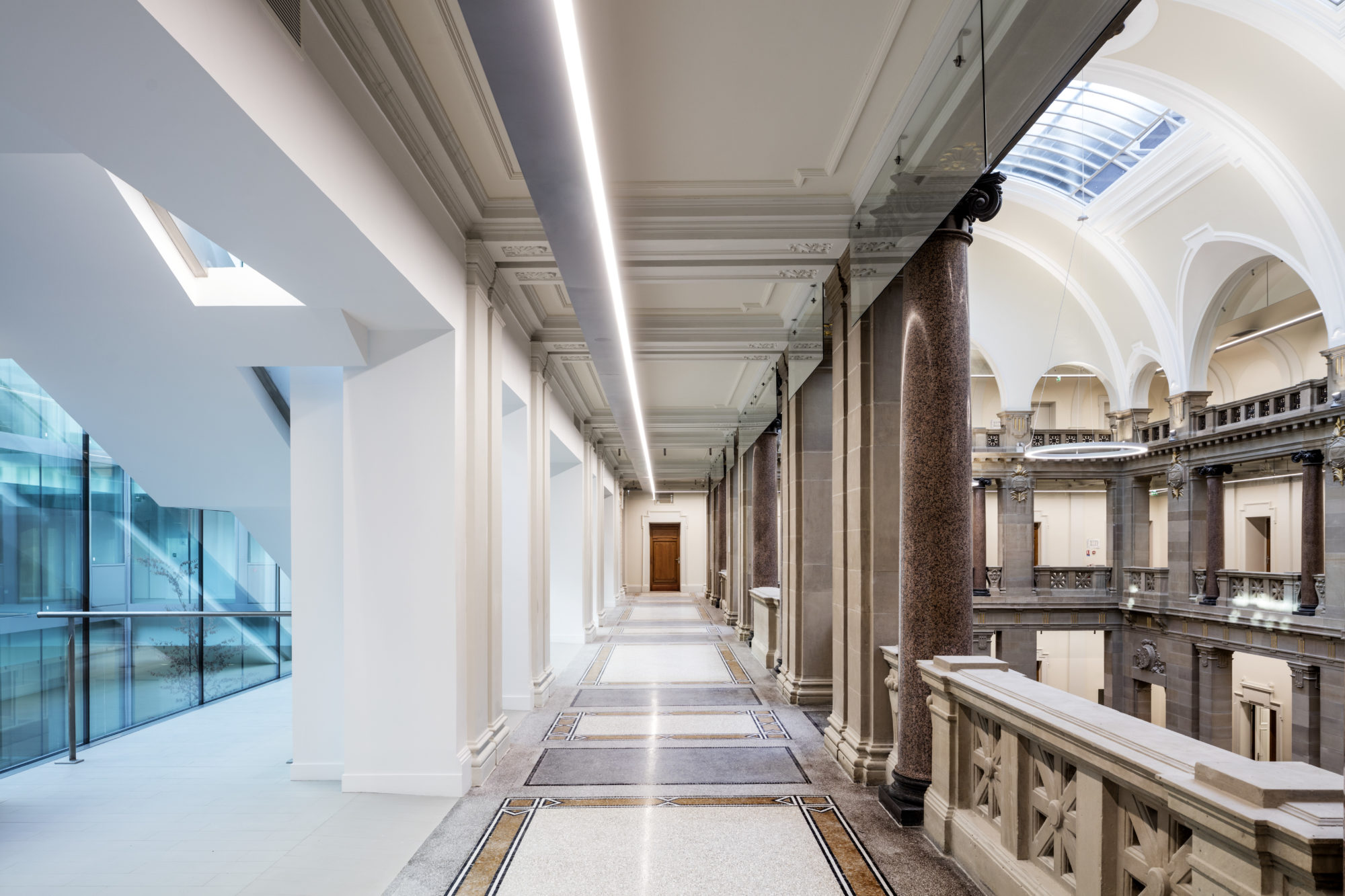 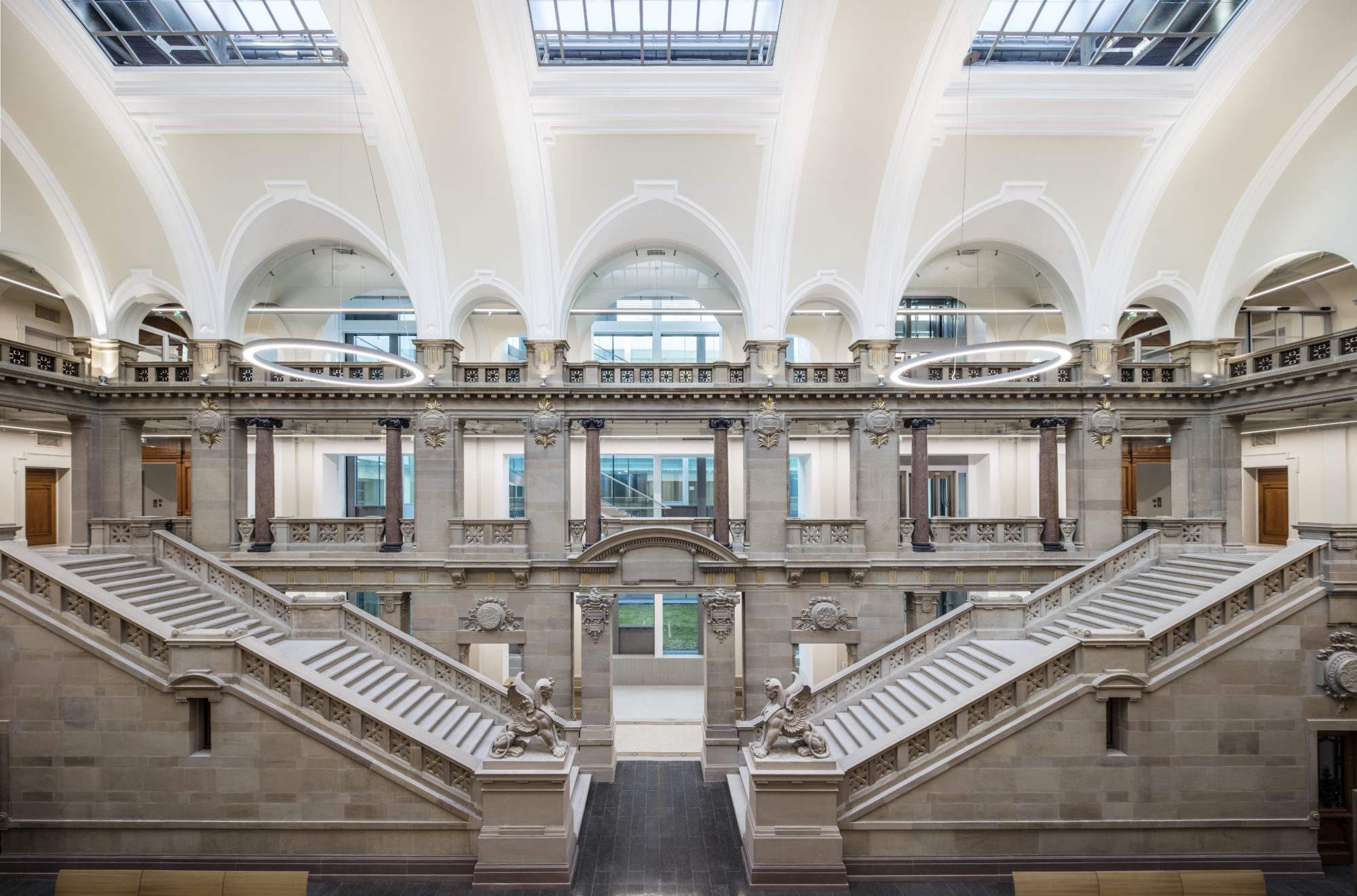 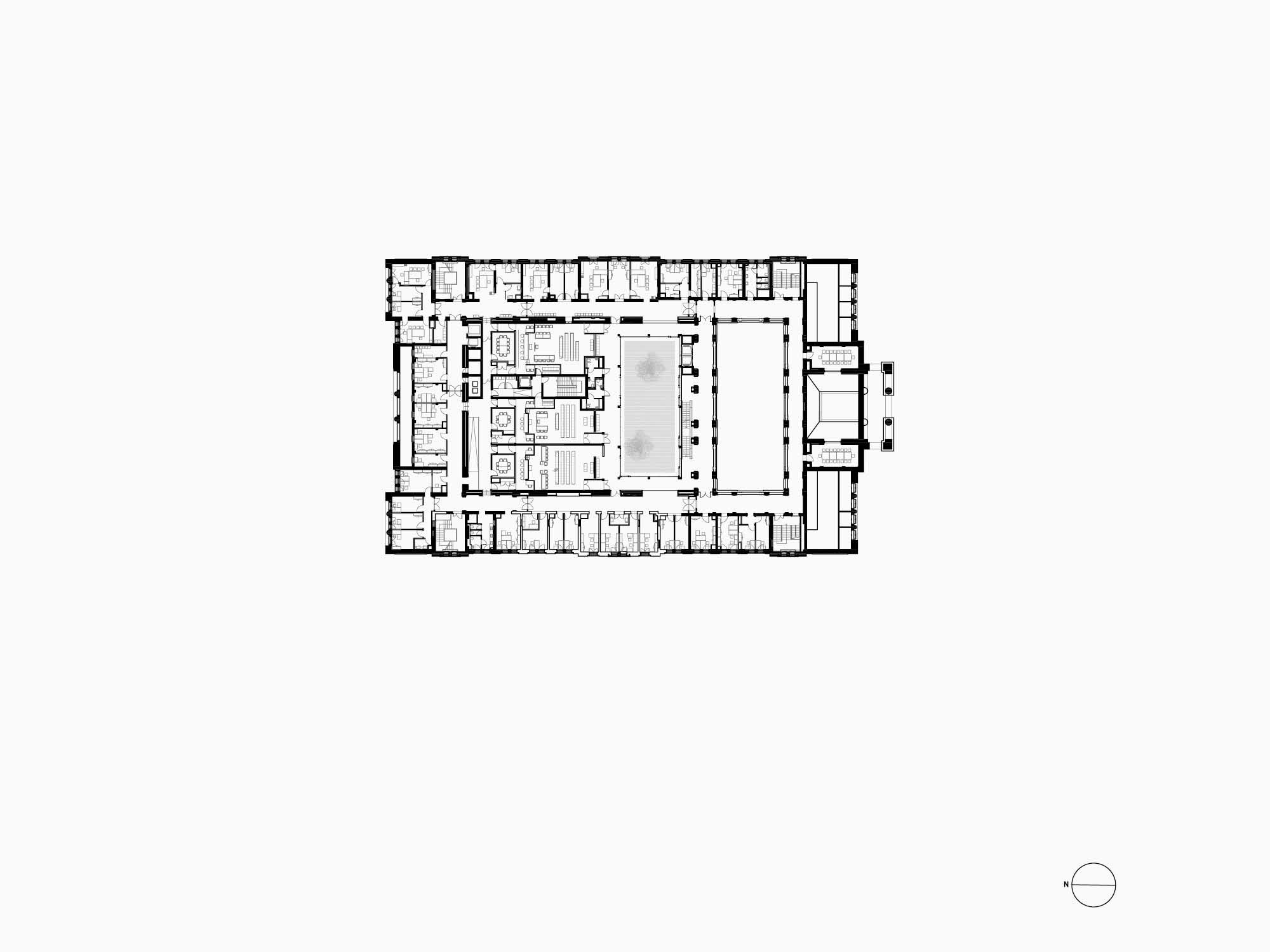