Read more Close
Read more Close
In the house nº 284 of the street Valencia, of ground floor more four, and construction of habitual type in this sector of the Ensanche Barcelonan the installation of the Egyptian Museum is projected.
The reform deals with the ground floor and other lower levels in the whole of the farm plus the corresponding existing space in an annexed building in the interior of the block and is complemented by an action of rehabilitation of the entire staircase of neighbors.
It also includes the repair and cleaning of the two facades, the street and the interior of the block, and its compositional return to its initial state. Only the two lateral accesses to the Museum and Offices are modified to adapt them respecting the general lines of the original façade, to the new destination that demands greater clarity and finality in its entry points. As a result it is given more height and its vertical proportions are accentuated with one, still, greater formal agreement with the idea of ​​the original facade.
The Museum is accessed through the door on the right of the goal and its main objective, host of exhibitions and visitors, solves a continuous and visually connected space formed by the level of access to the ground floor of the main building, where it will be placed the reception, information and sale of tickets and objects, to then go to the museum levels that make up the interior block building and which are connected to each other by a large central void through which the connection staircase runs. The vacuum reaches the roof without any slab, allows the arrival of the staircase and then covered with a prismatic skylight of metal profiles and glass to integrate the interior to the maximum on the outside.
The Museum, central use of the project, is reinforced with the attic for internal services of the Museum and is complemented, at a lower level, with the center of studies for concerted pedagogical work.
The library closed in glass, to allow its visual integration in the set, will be installed in the lowest level of the building in the interior of the block as a fixed background of what will be a multipurpose space capable of hosting temporary exhibitions.
Location
Carrer de València, 284,
08007 Barcelona
Area
2.530,68 m²
Year of the project
1998
Start of construction
1998
End of construction
2000 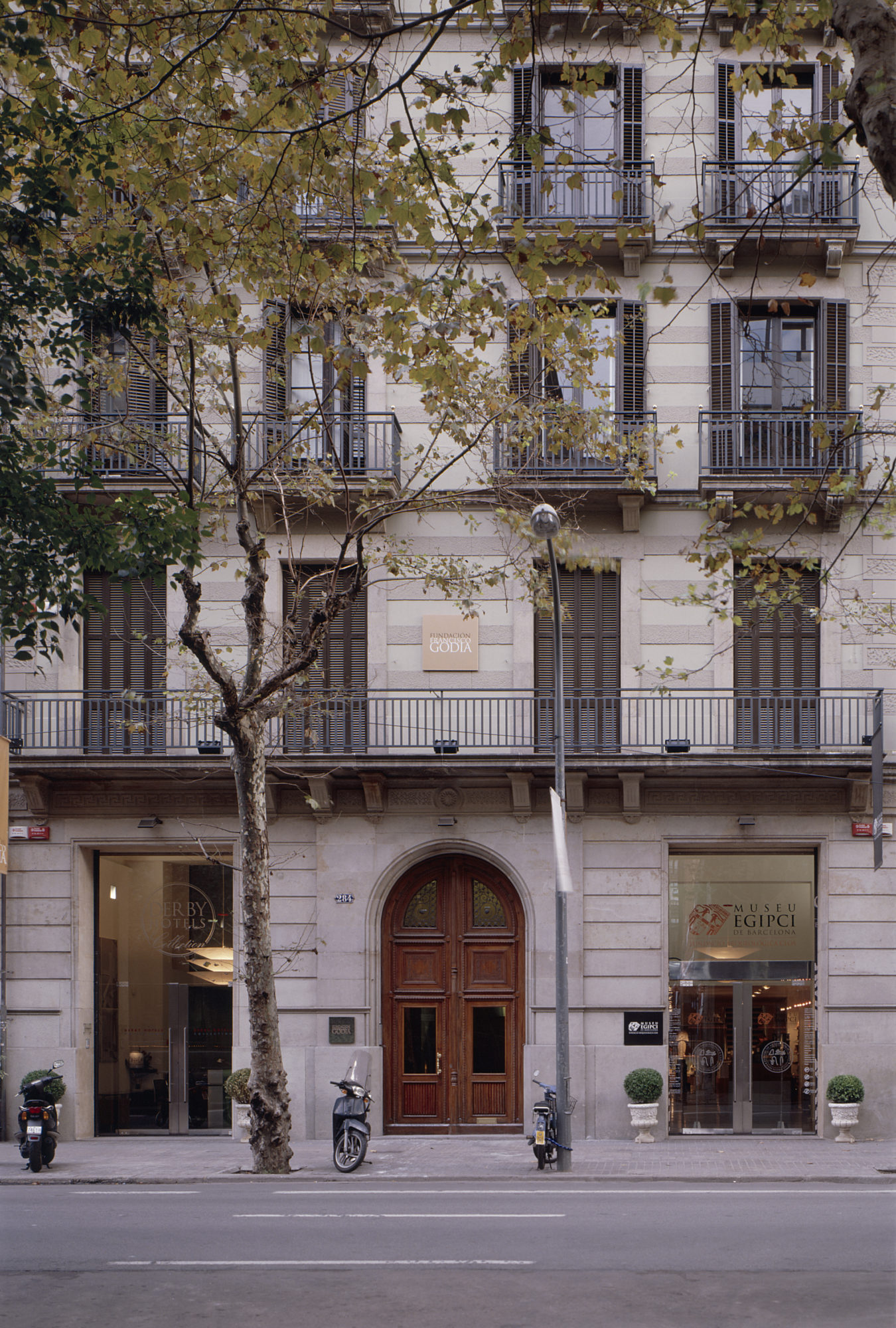 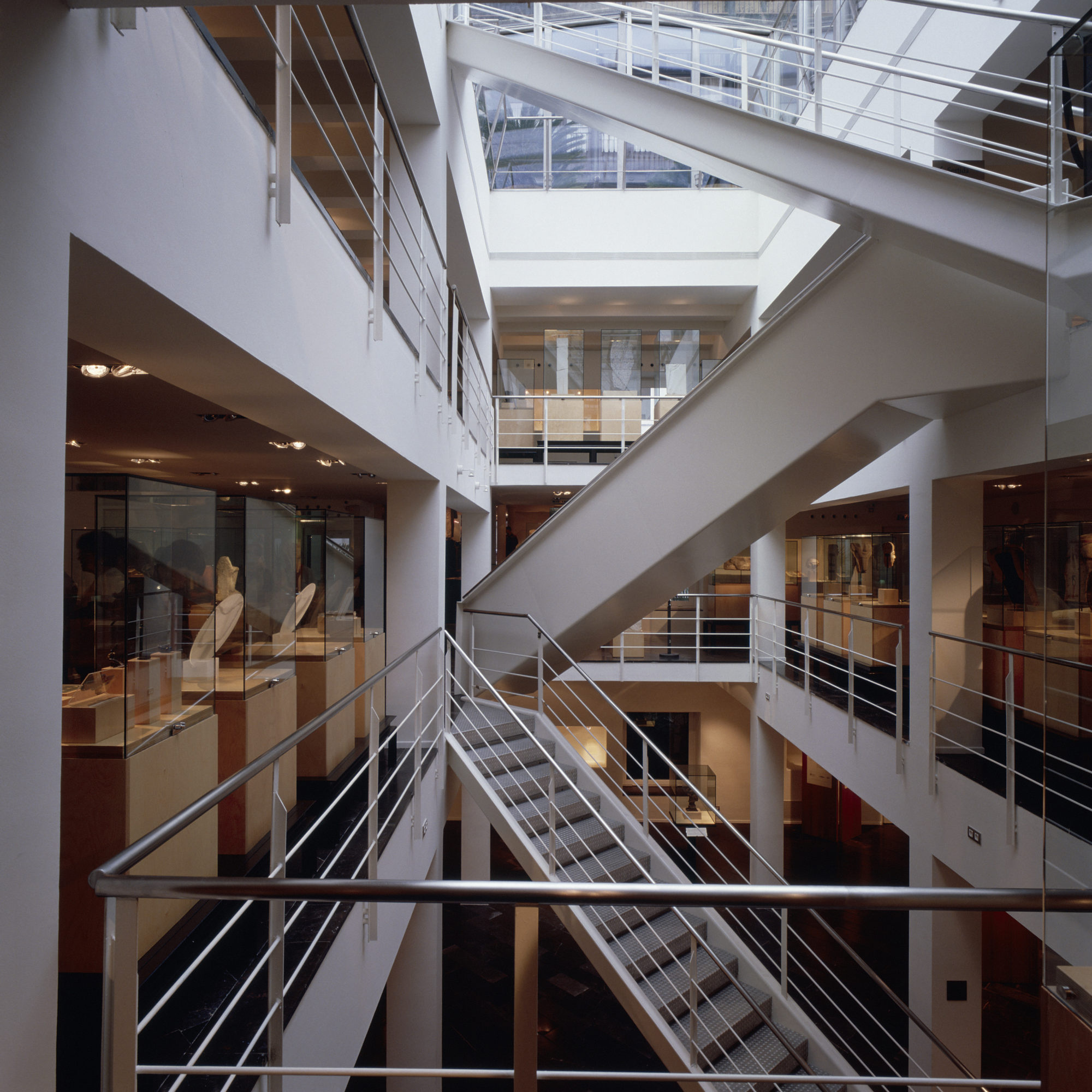 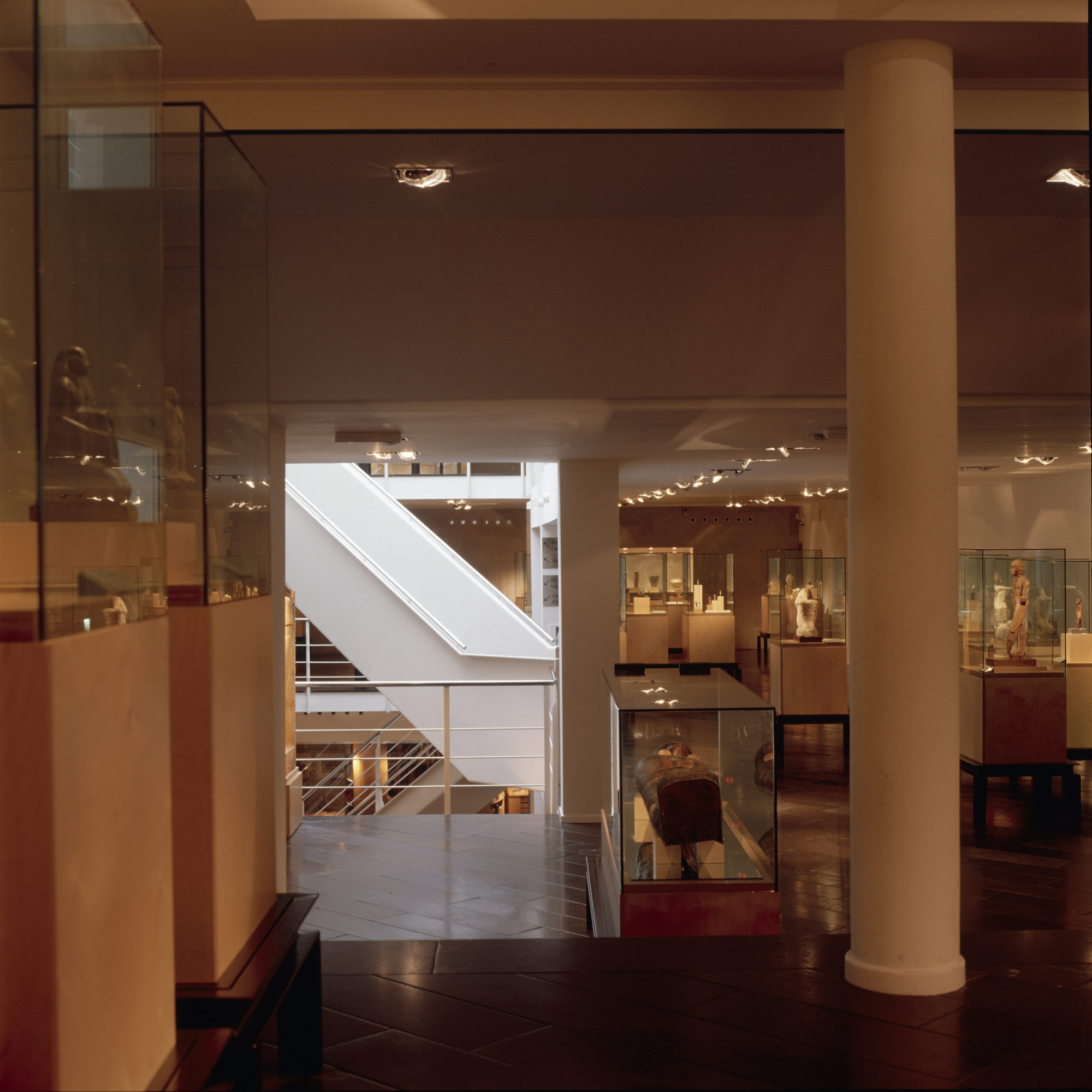