Read more Close
Read more Close
It is a 3-storey apartment building, attic and two basements between medians on the seafront. The two basement floors are for private parking, and the rest of the plants in eleven apartments or houses, eight of them face front and back, and three just in front.
The entrance of the vehicles and users of the car parks is carried out on the back alley, with the exceptions mentioned below. The vehicles go down a ramp in each of the two levels of the basement. Users through two soft ramps enter the central lobby of the building.

It is accessed by two stairs and two lifts to each one of the apartments, except for the ground floor that is accessed in front and the apartments on the right, in duplex, accessed by one side of the street and the other by the attic
The elevators arrive to the garage floors. From these there is an evacuation ladder that goes directly to the outside.

The front façade facing the beach is formed by the terraces of all the apartments and consists of a part with fixed blinds at the façade and another on an outgoing balcony, enclosed by a large sliding blind and a railing. The balconies are grouped two to two, resulting in a facade with two important outbound elements and a strong meeting in the middle (a downhill). The ground floor front is totally open.

The rear façade is very solid at the level of the floors, for when only a few narrow balconies and totally frank on the ground floor open only in the general lobby of access.
In the geometrical area of ​​the plant there are two courtyards that give entrance to the entrance galleries in each apartment, with which it is intended to break the deep depth of the lot.
Location
Passeig del Mar 3-4,
Tamariu (Palafrugell), Girona
Area
507,21 m²
Year of the project
1993
Start of construction
1994
End of construction
1996
Co-author
Enric Sòria 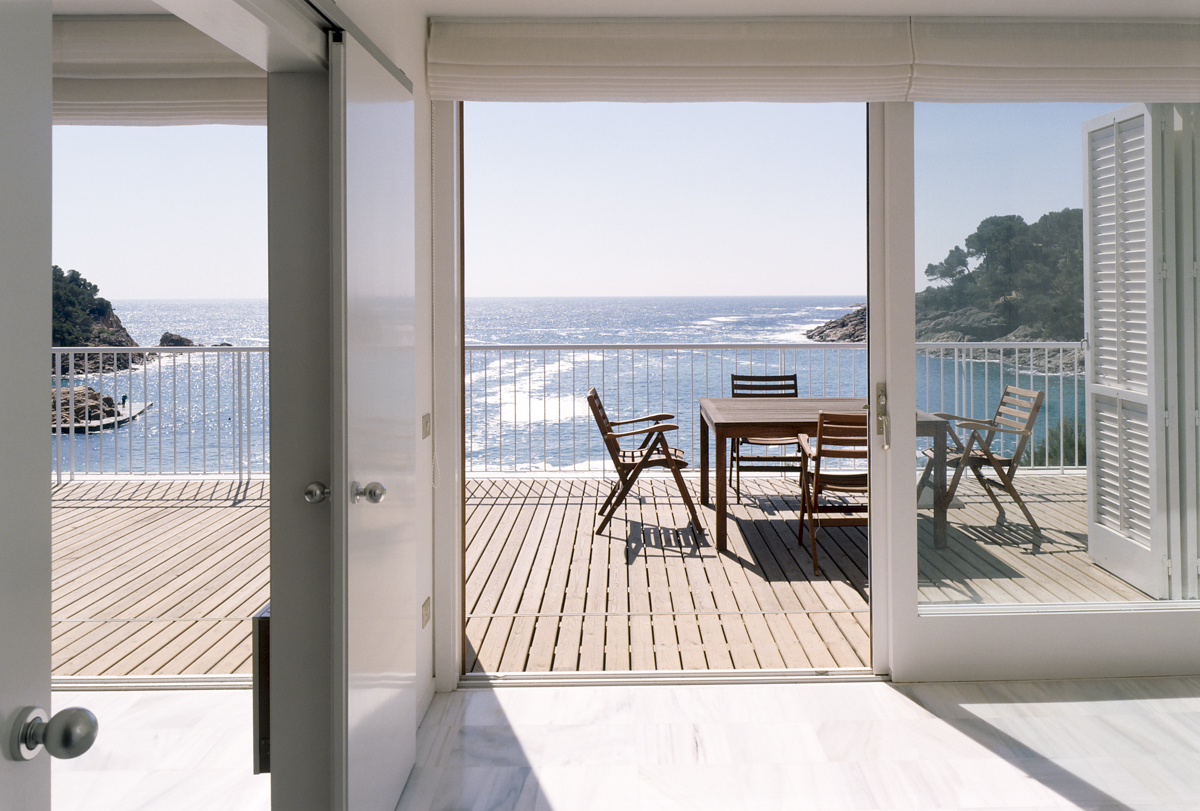 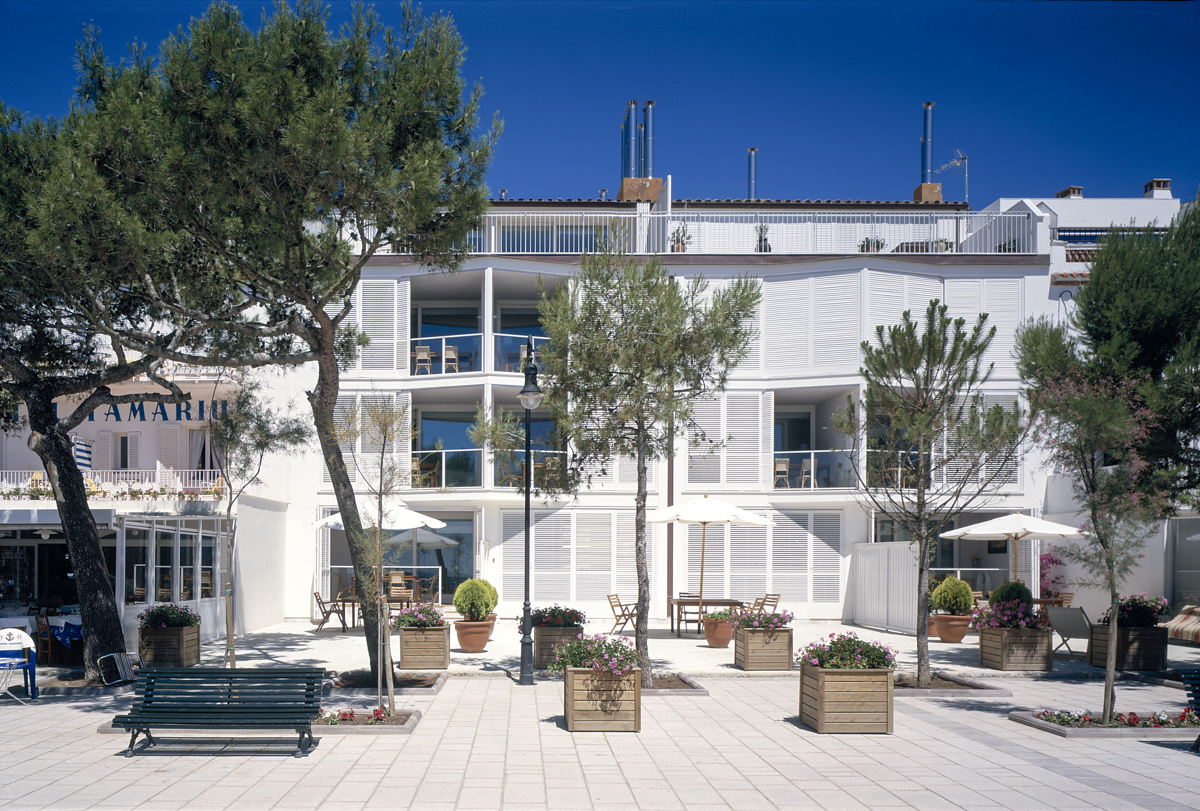 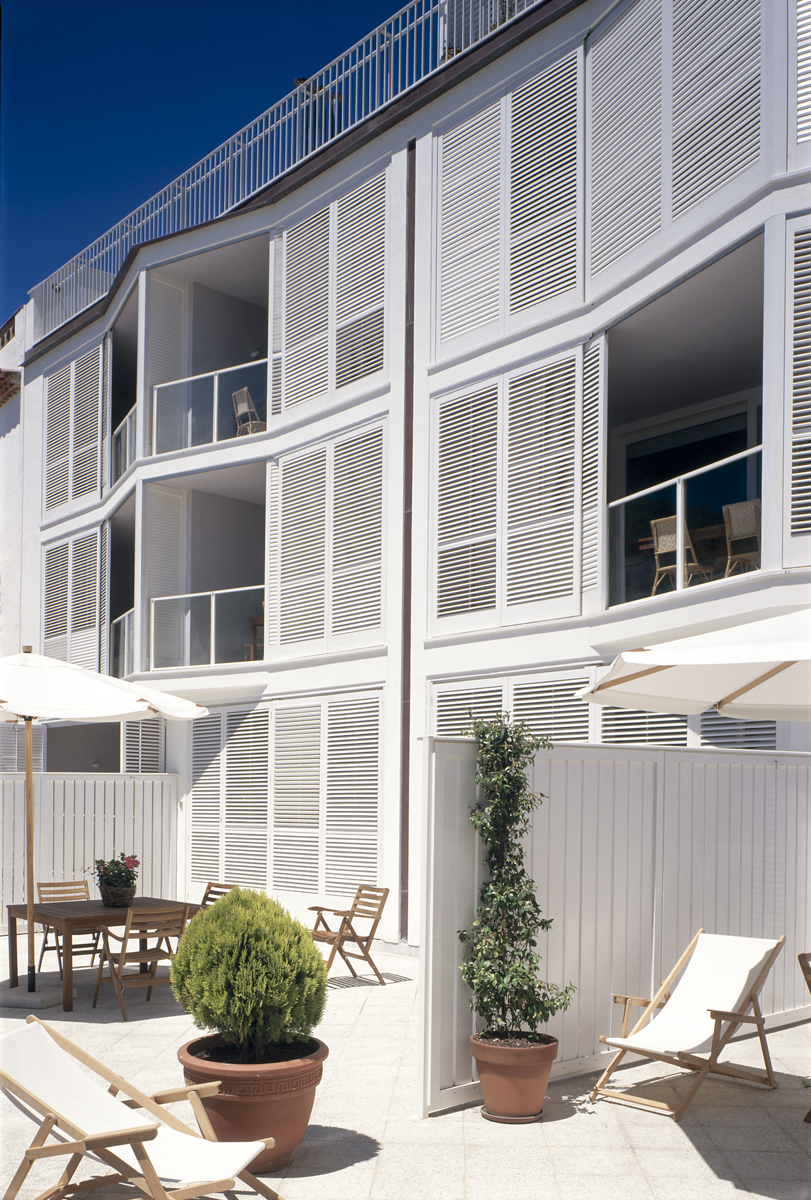