Read more Close
Read more Close
The building is a two-story building that is developed around two large courtyards. Its morphology is the result of grouping teaching spaces into two large parallel bodies and a third, also parallel, body constituted by the gym and its services. These three bodies are linked in one of their two lateral ends by the communication spaces that group the entrance, the distribution lobbies, the administration, the teaching staff, two stairs and the porch, and the other, two more communication stairs with the outside, in the yard.
The large indoor patios thus formed have a visual continuity with the free spaces of the Institute game and one of them with the main entrance to the establishment.
These patios have a specific qualification according to the uses of the spaces that limit them. Thus, in the first isolated courtyard, there are exclusively classrooms, and the second one is divided into two sub-spaces, where the library, the cafeteria, the departments and the gym are located.
Other smaller patios are obtained by attaching free outdoor space and through a closure connecting it with the interior space (Library, Services and Installations, and Entrance Area).
The entrance itinerary is defined by a porch on the façade, which extends in depth until you are going to look for the entrance clearance, located in the central axis of symmetry of the bodies of the classrooms. A series of walls and pillars form a landscaped space that accompanies this itinerary from the porch to the entrance entrance to the building.
On the main façade, on the street, we have located, in the first class of classrooms, the workshops, the technology classroom and the laboratories.
Another architectural feature of this Institute comes from the organization of classrooms on both sides of distribution corridors. These normally blind runners enjoy natural lighting on both floors, thanks to the layout of skylights above the roof and the inclined plane of one of the interior facades of the classrooms to the corridors that allow the arrival of light Natural included in the lower distribution corridor on the ground floor. The obtaining of very illuminated corridors allows to reinforce the natural lighting of all the classrooms by the side opposed to the closing of facade.
Location
Roda de Ter (Barcelona)
Area
4581 m²
Year of the project
1996
Start of construction
1998
End of construction
1999
Co-author
Enric Sòria 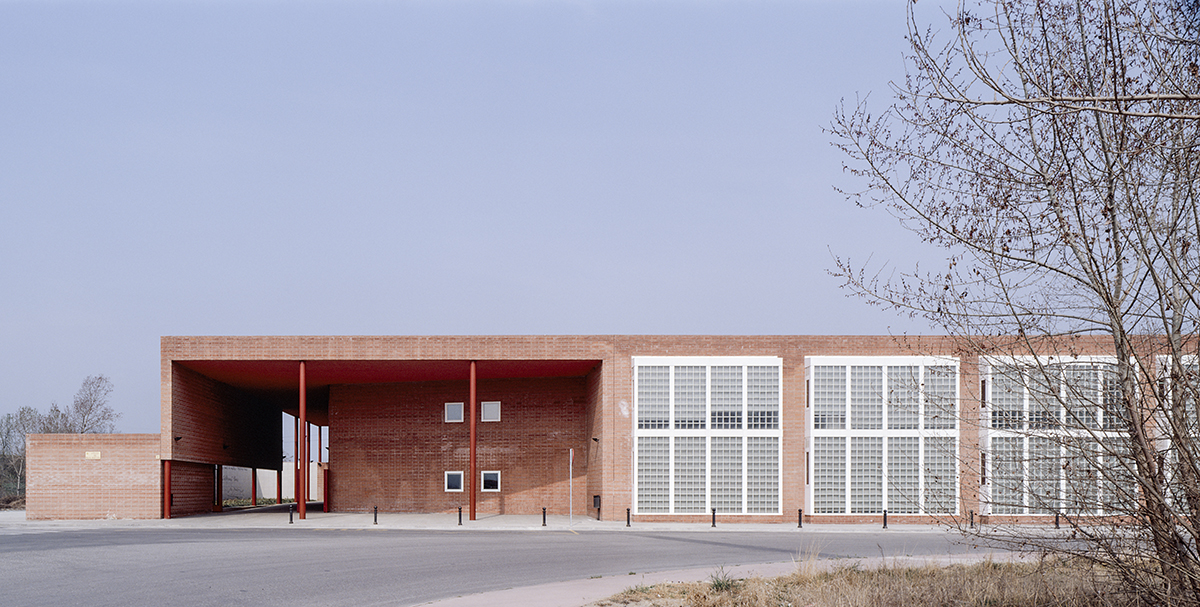 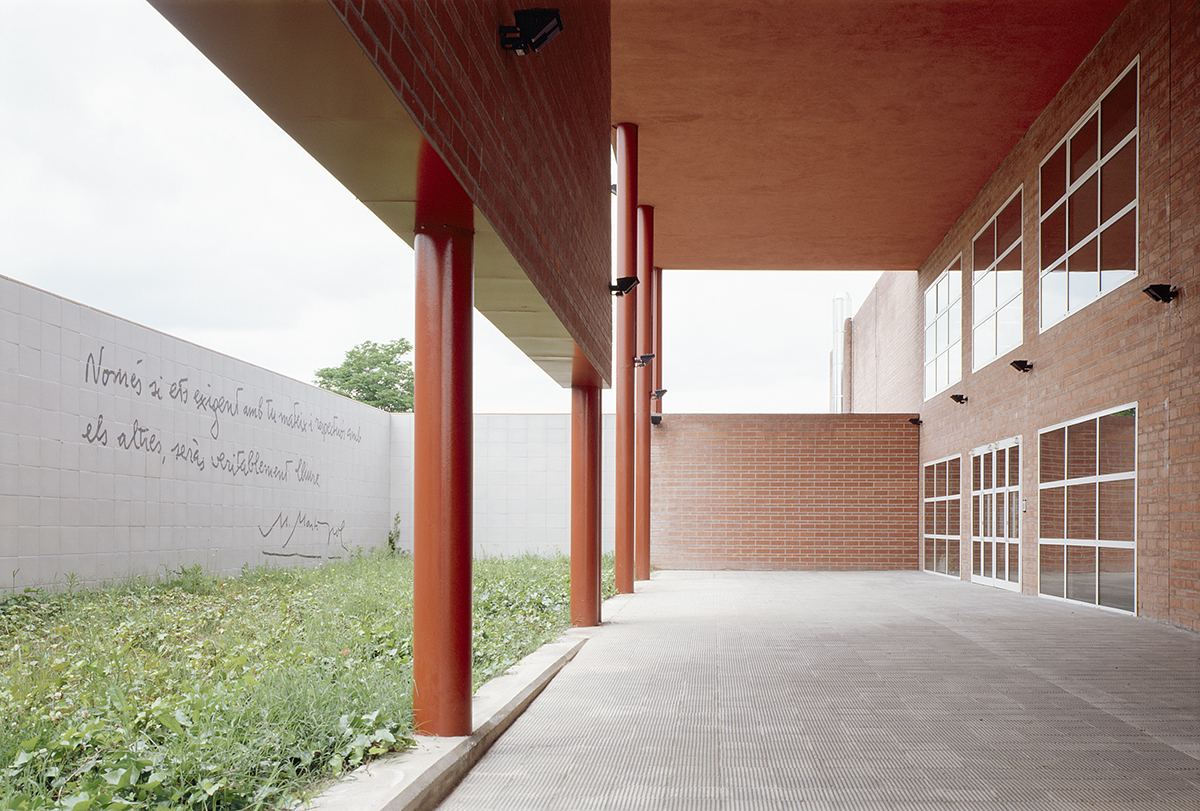