It is a building of simple explaination:  An open floor plan of 30,70 m x 14,90 m overall dimensions with three lines of structural divisions, formed by cast-iron columns that are distribuited evenly throughout the interior of the closed rectangular space where the façade—with it’s constant rhythm—lends a classic air through the repetetive nature of its openings.

On the roof level, four elevated volumes define the upward-reaching corners as the limitation to the pitched ceramic tile roof.

The project proposes the creation of a nucleus of vestibules and accesses (stairs and elevators) on the far end of the space, closest to the interior of the city block.  The new linear stair, in it’s transversal position, assumes the role of the primary circulation.  The original stair will serve the role of complementary and emergency evacuation, with direct access to the building’s exterior.

There are two double spaces that emphasize the value of the general access hall and the vestibule that serves as a sole access to the Drawing School on the second floor.

The interior spaces are distribuited, with the idea of ease of modification, are formed in accordance with the “role models” established through the abstract and a universal order prescribed by the existing columns.

The exterior platform, a linear stair and a ramp all enable access at the level of +1.50m above the physical (exterior) ground level.  This slight change in elevation allows both the ventilation and ilumination of the basement (underground) level of the building. 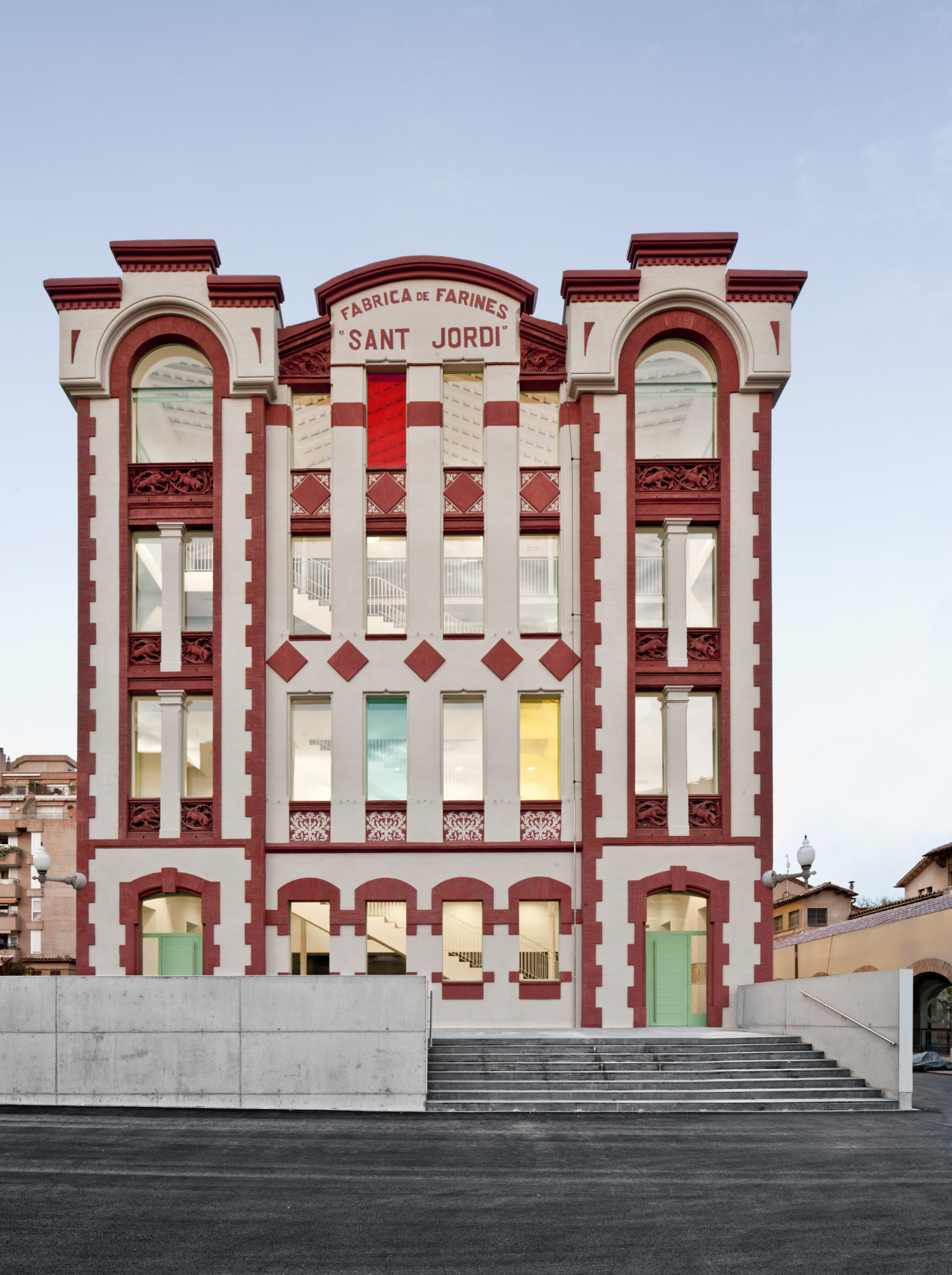 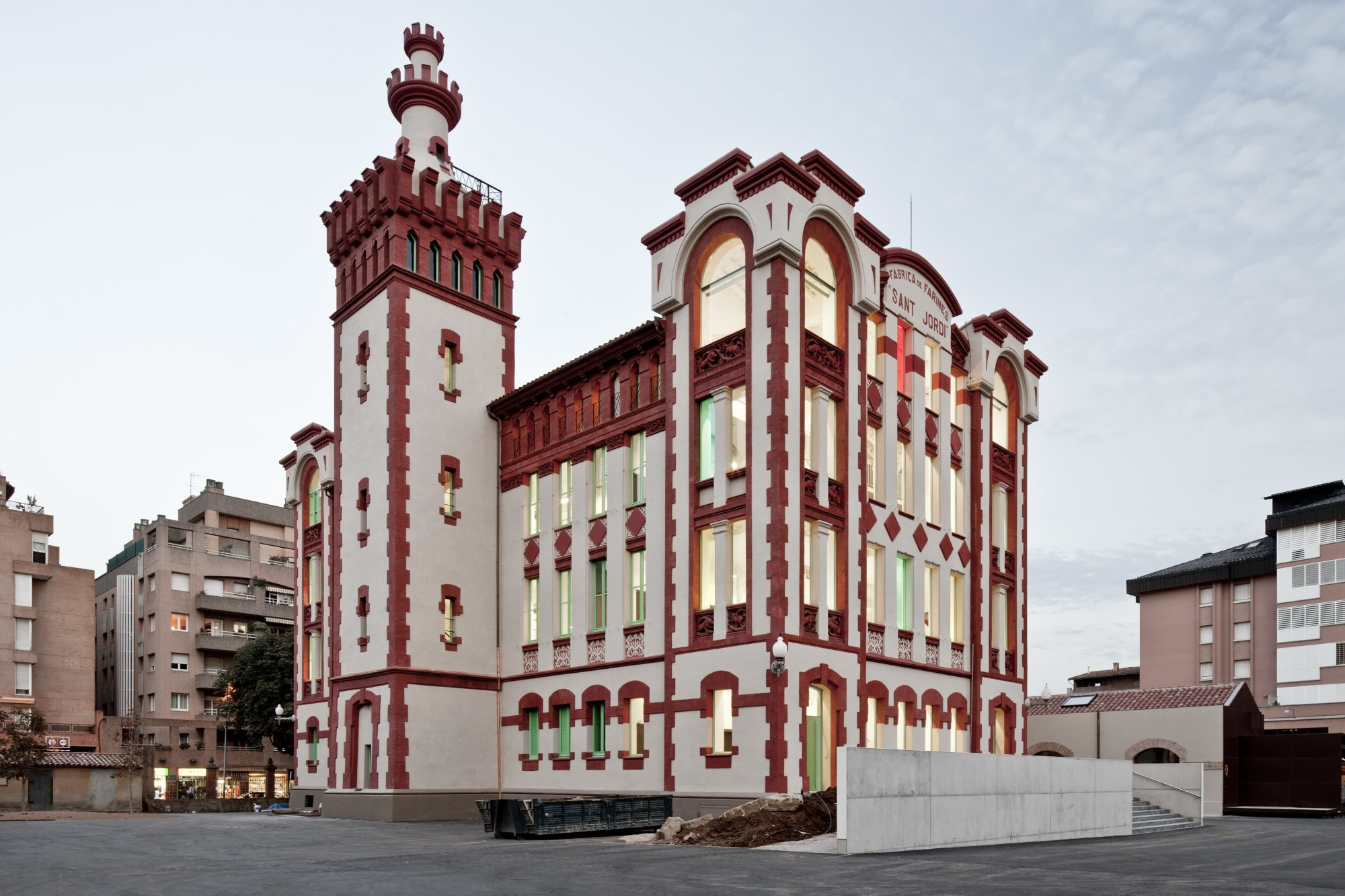 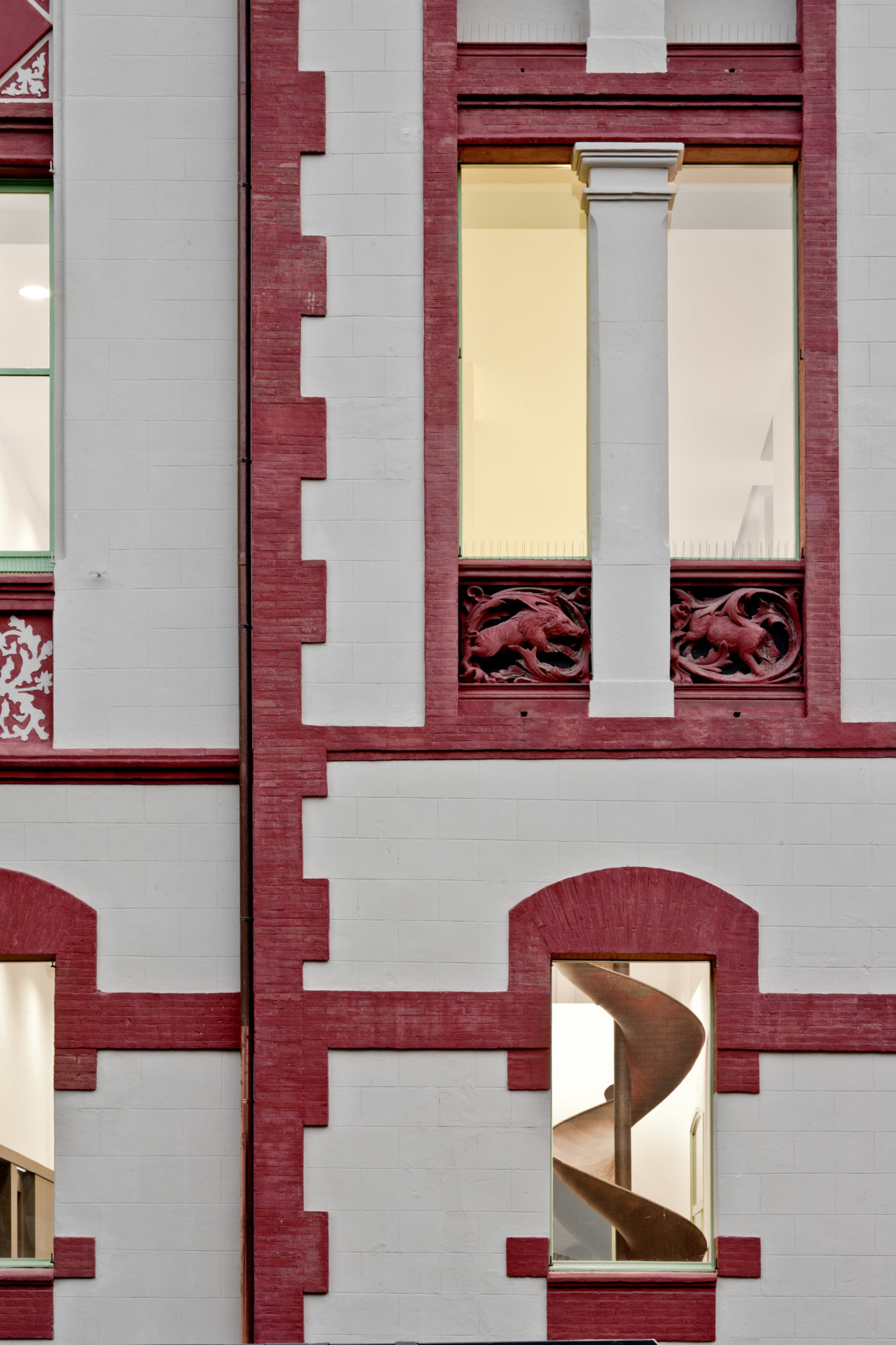 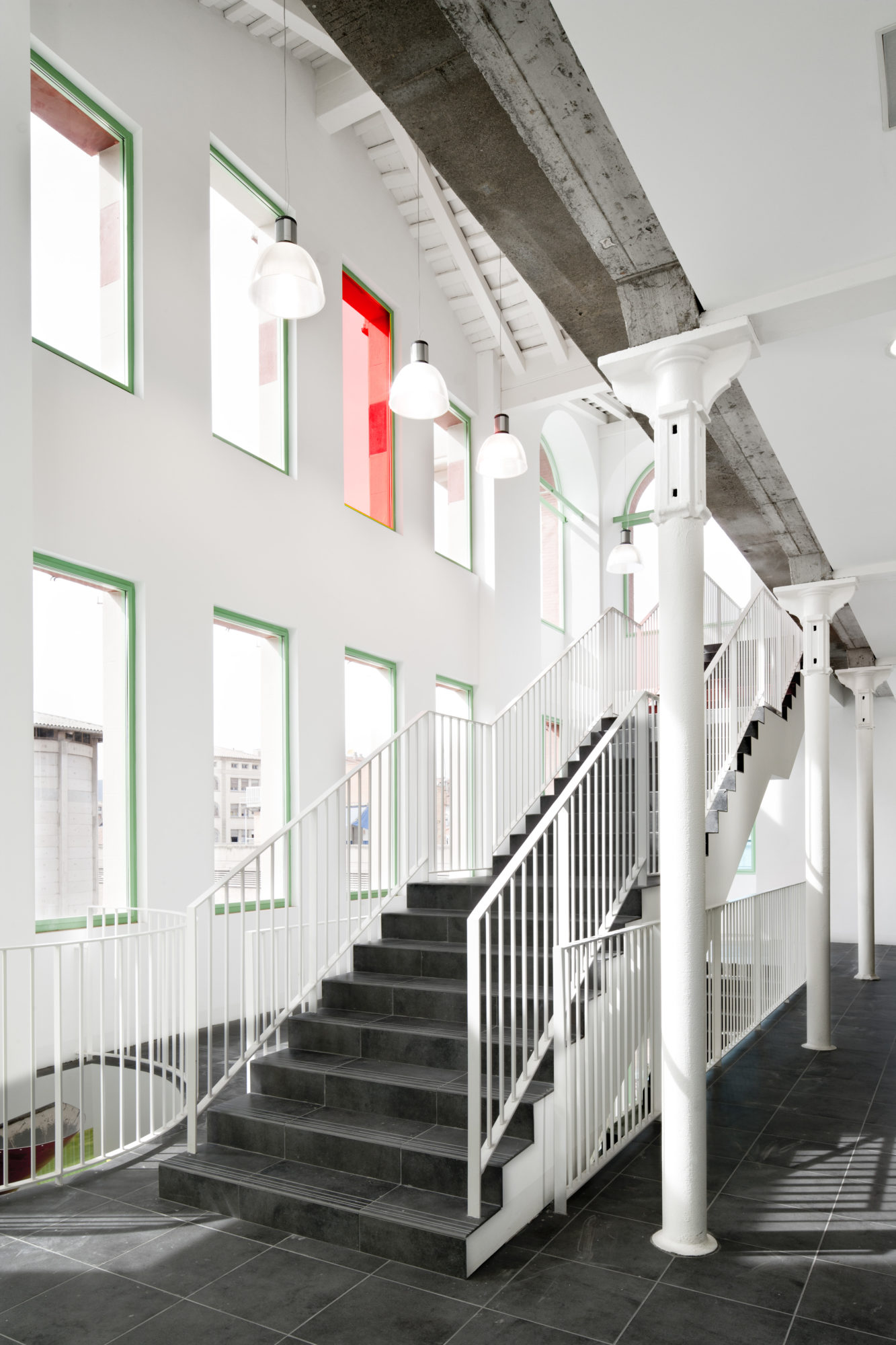 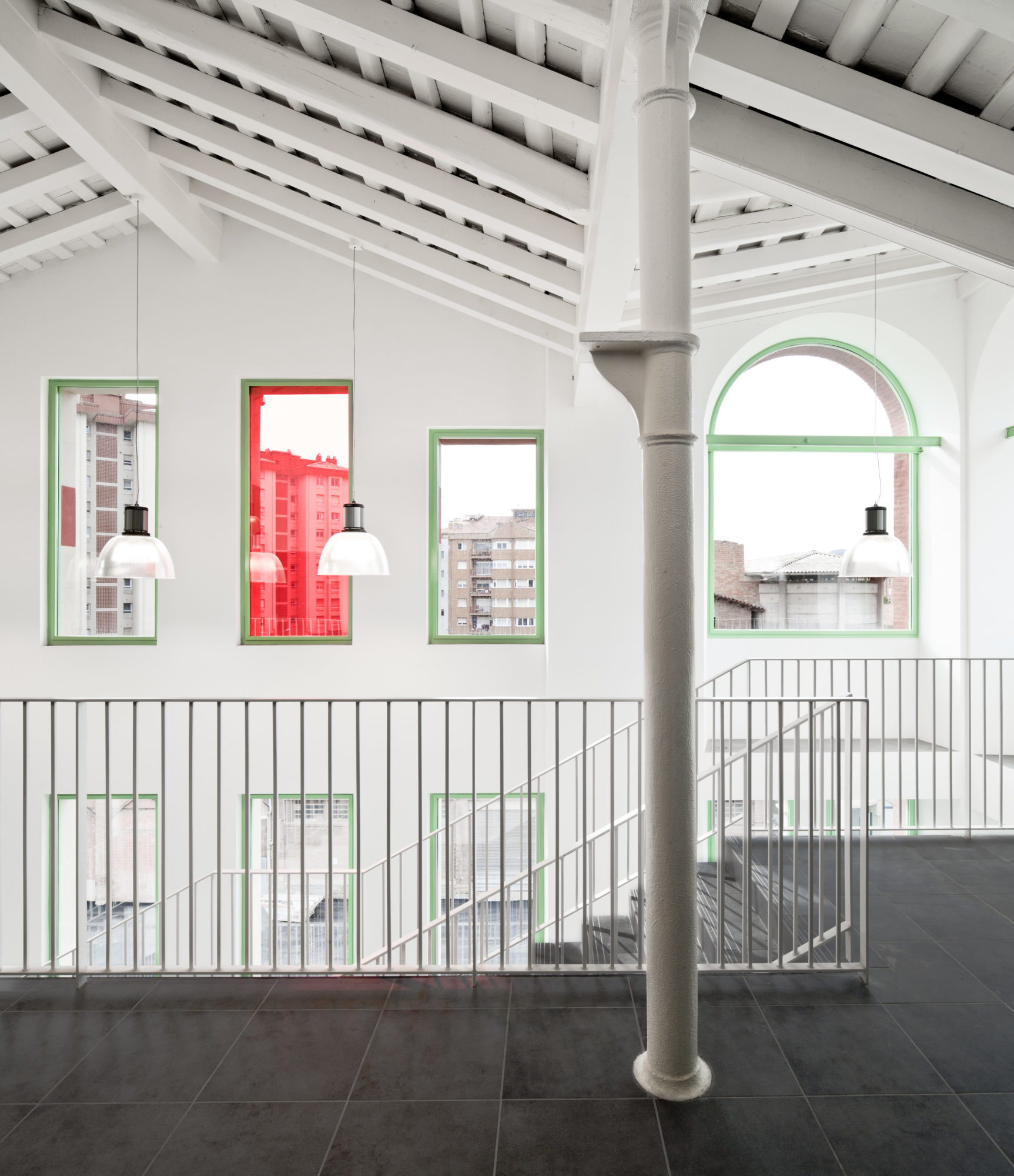 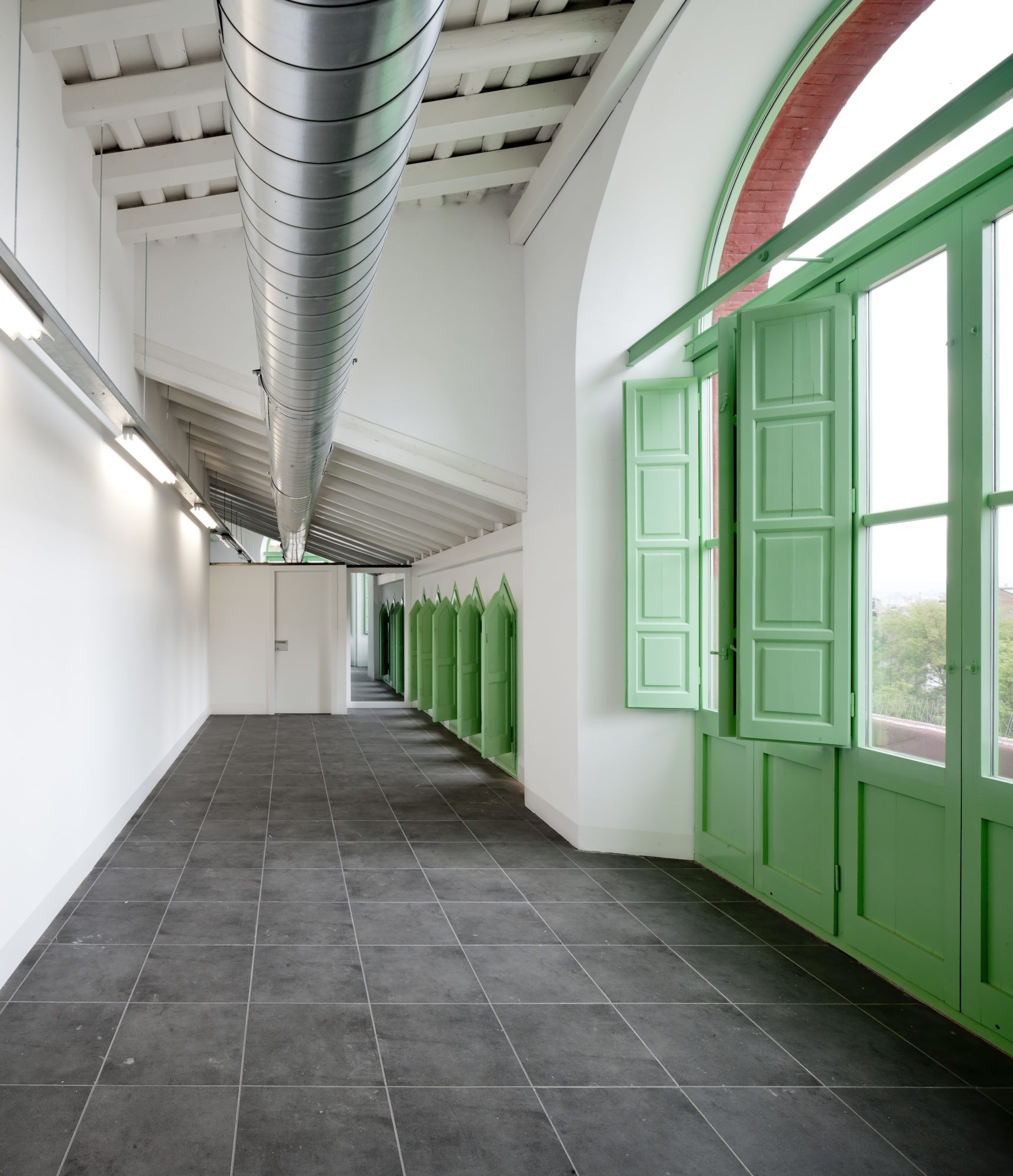 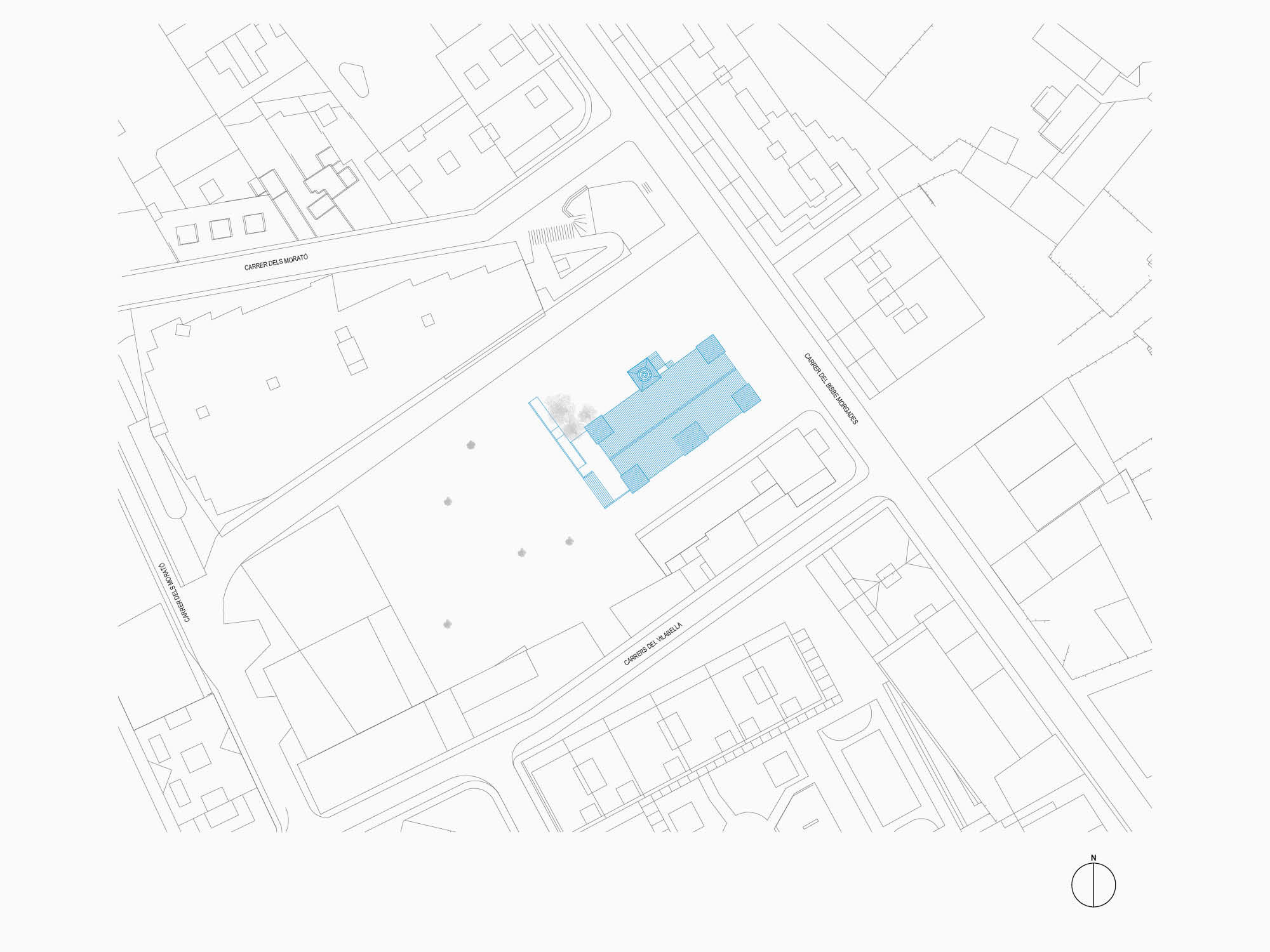 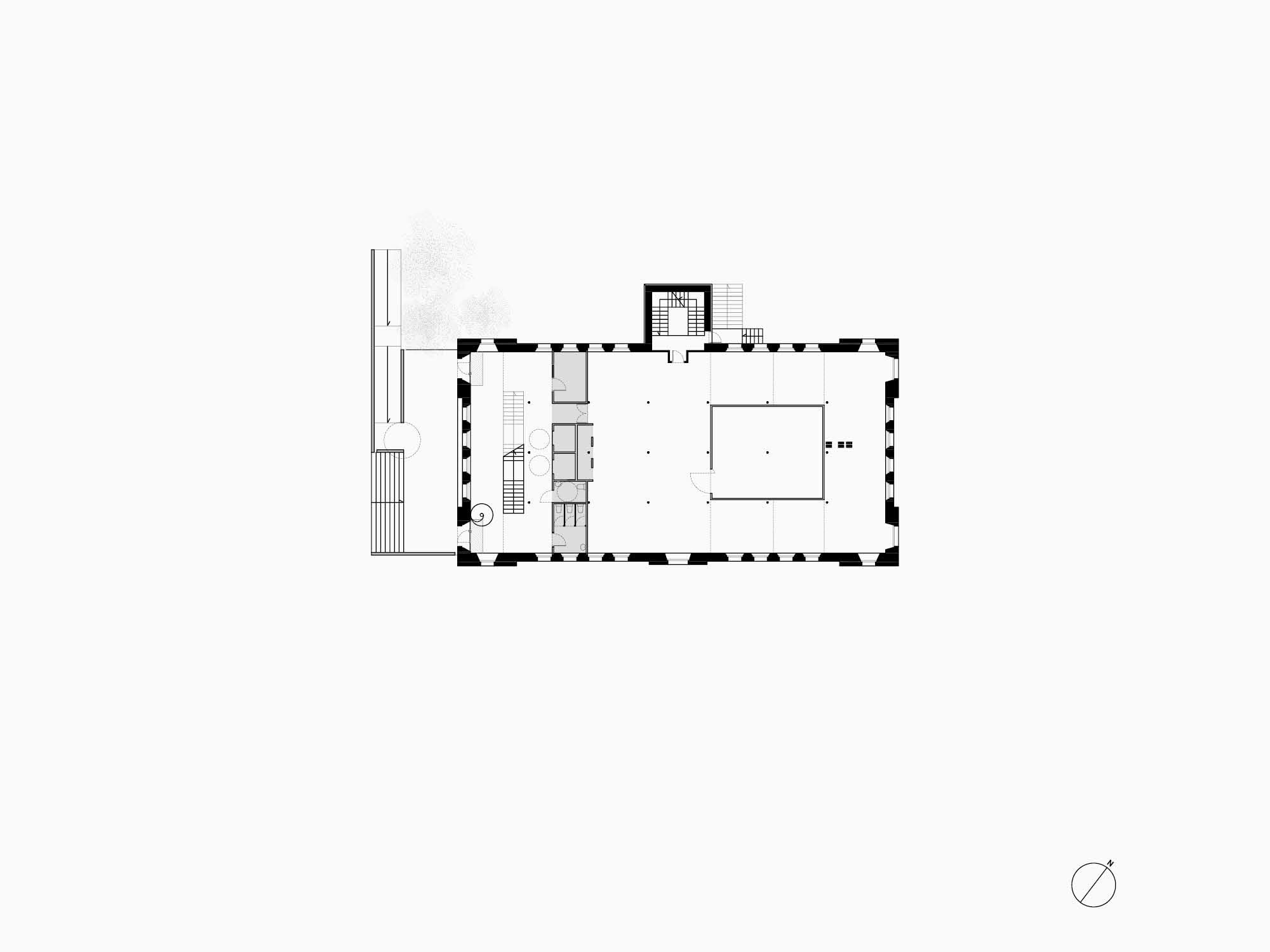 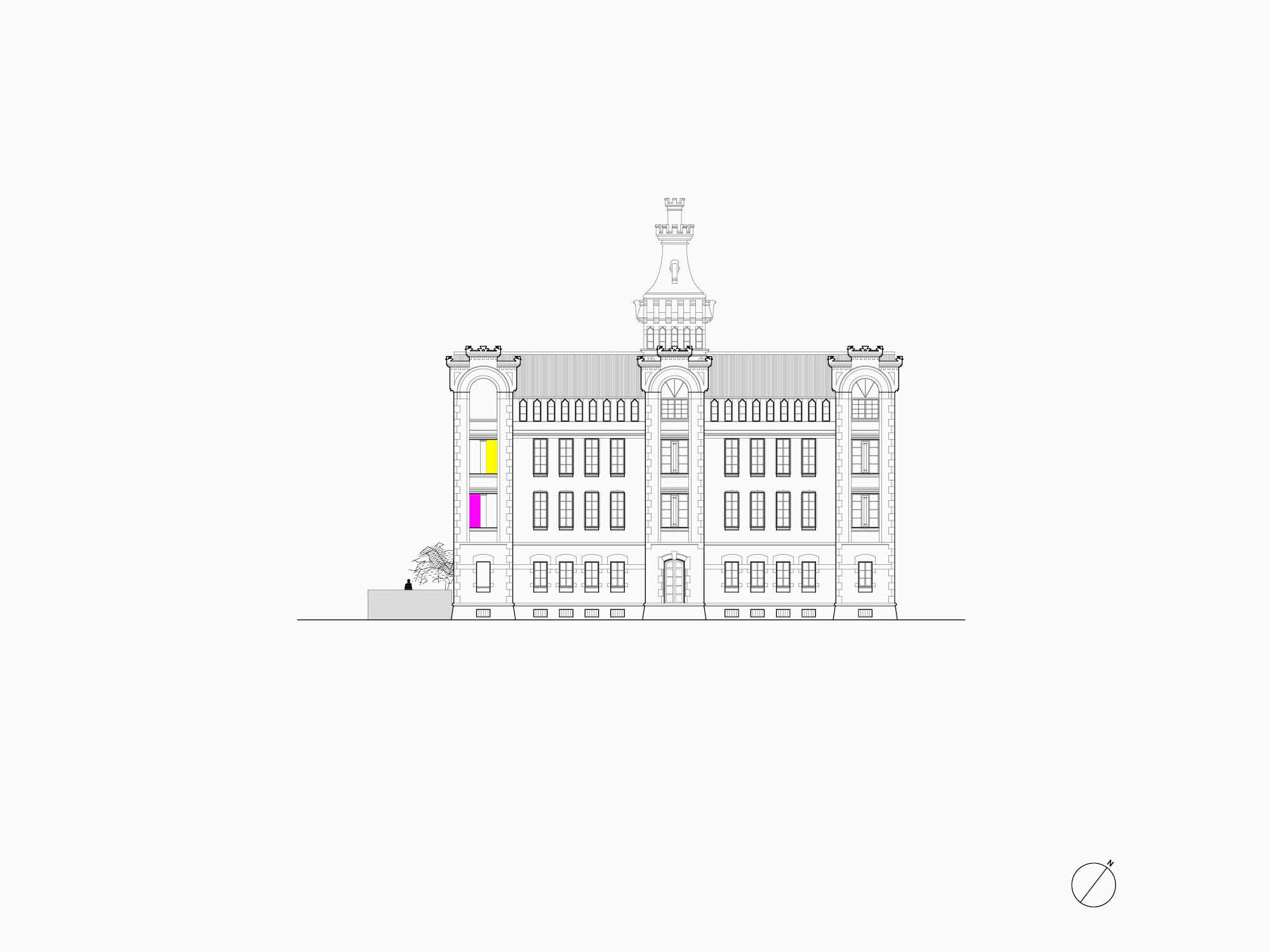 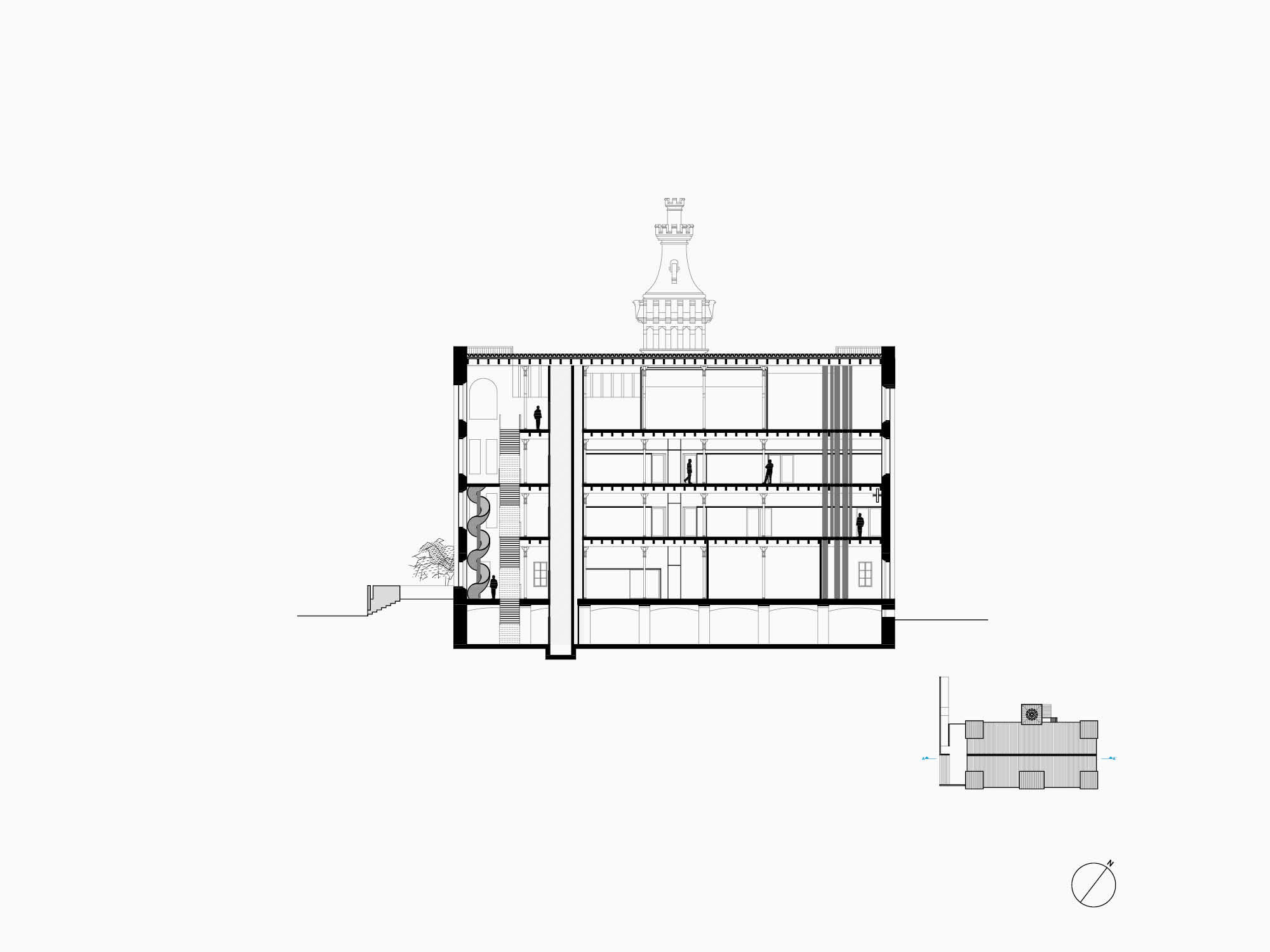 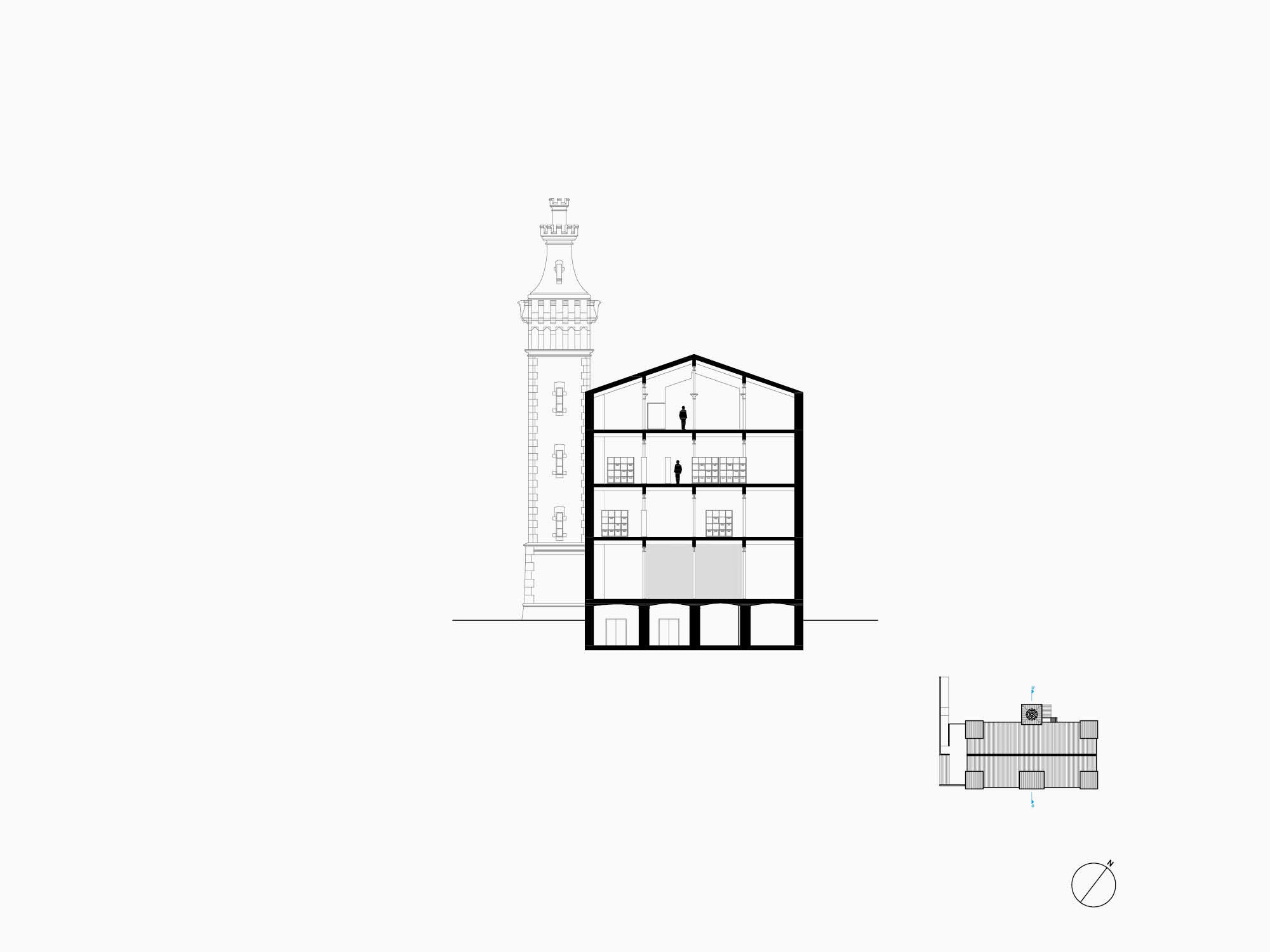