Read more Close
Read more Close
An unfinished building dating back to 1884, which was to be the Sant Sadurní Hospital of Anoia, was seized to be transformed into the School of Masonry Painting and School of Arts and Crafts.

The nave of the chapel, the core of the old project, was very suitable for use as a student workshop. The annex building, having little architectural interest, in bad condition and very deteriorated by its uses, could not accommodate the rooms and services of the two centers. As a result, we demolished and substituted all the interiors.

The new construction emerges from the outside by the irruption of the current windows that interfere with the ancient order, massive and compact. This characteristic is the main quality of the existing. With the new roof of the nave of the chapel providing the correct illumination of its interior, the contrast between the two unusual volumes that make up the whole is accentuated.

The additions of white marble accentuate the unfinished work tone that the irregular stone brings in itself. With the route of the two sections of stairs it is possible to obtain a whole of an unusual visual interest.
Location
Carrer de Pompeu Fabra, 34
08770 Sant Sadurní d'Anoia
Promoter
Diputació de Barcelona
Area
741 m²
Year of the project
1985
Start of construction
1985
End of construction
1987
Construction company
Urcotex S.A.
Photographs
© Adrià Goula 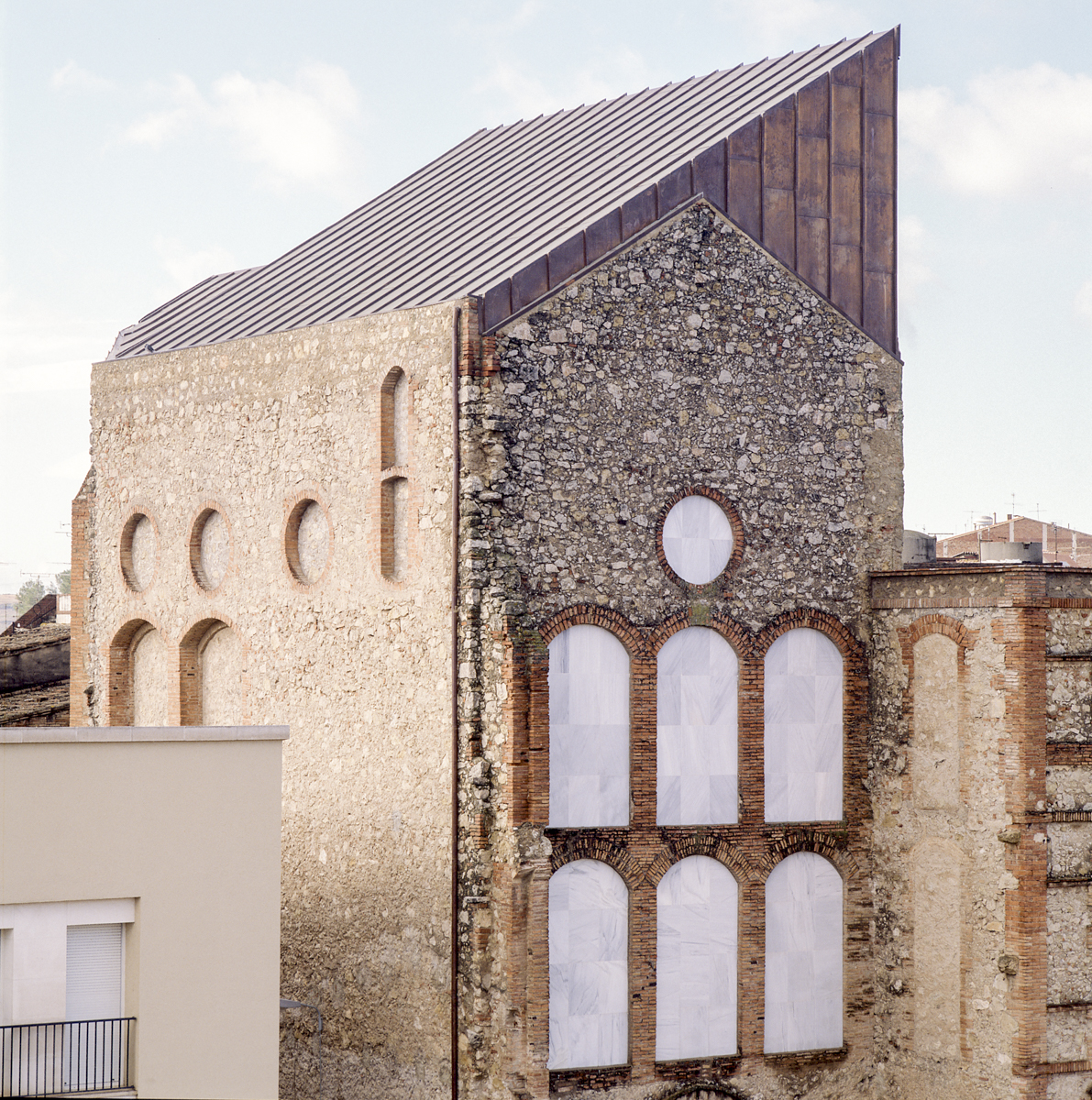 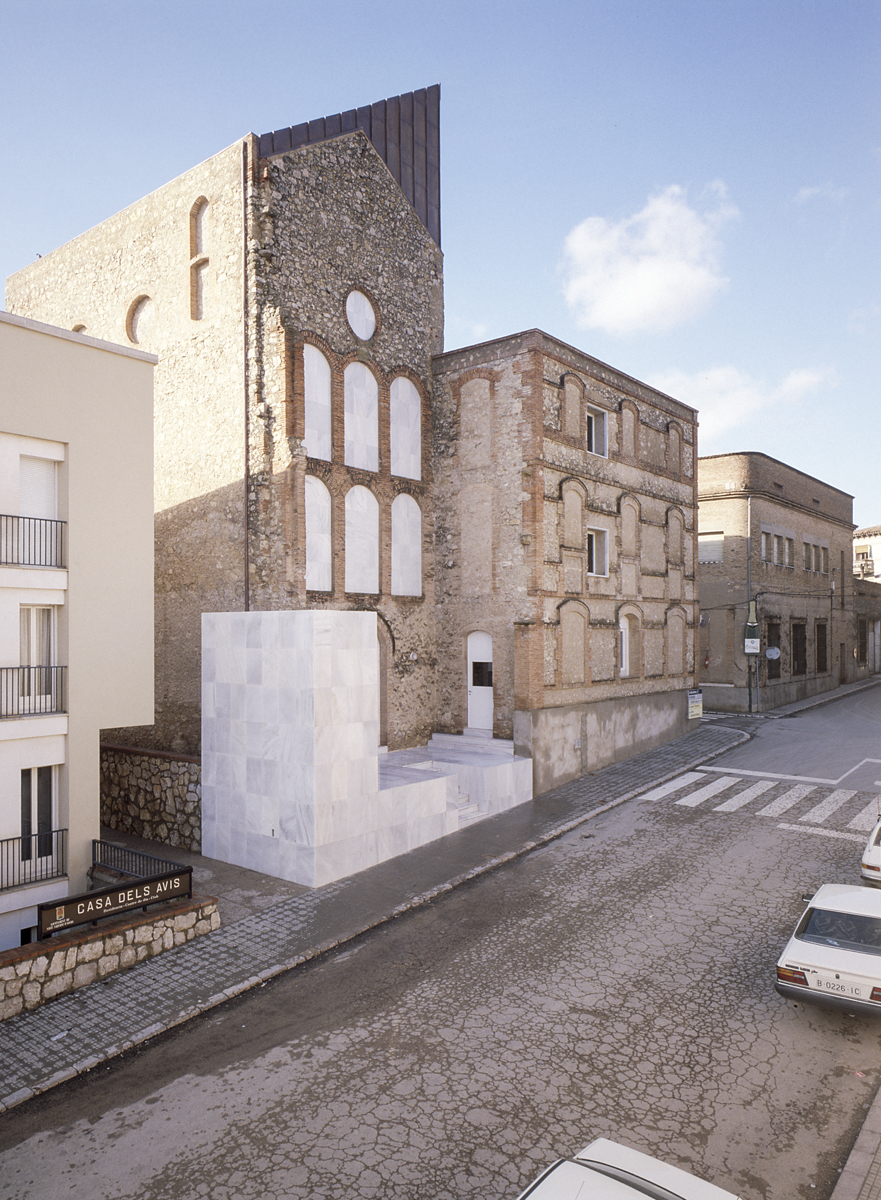 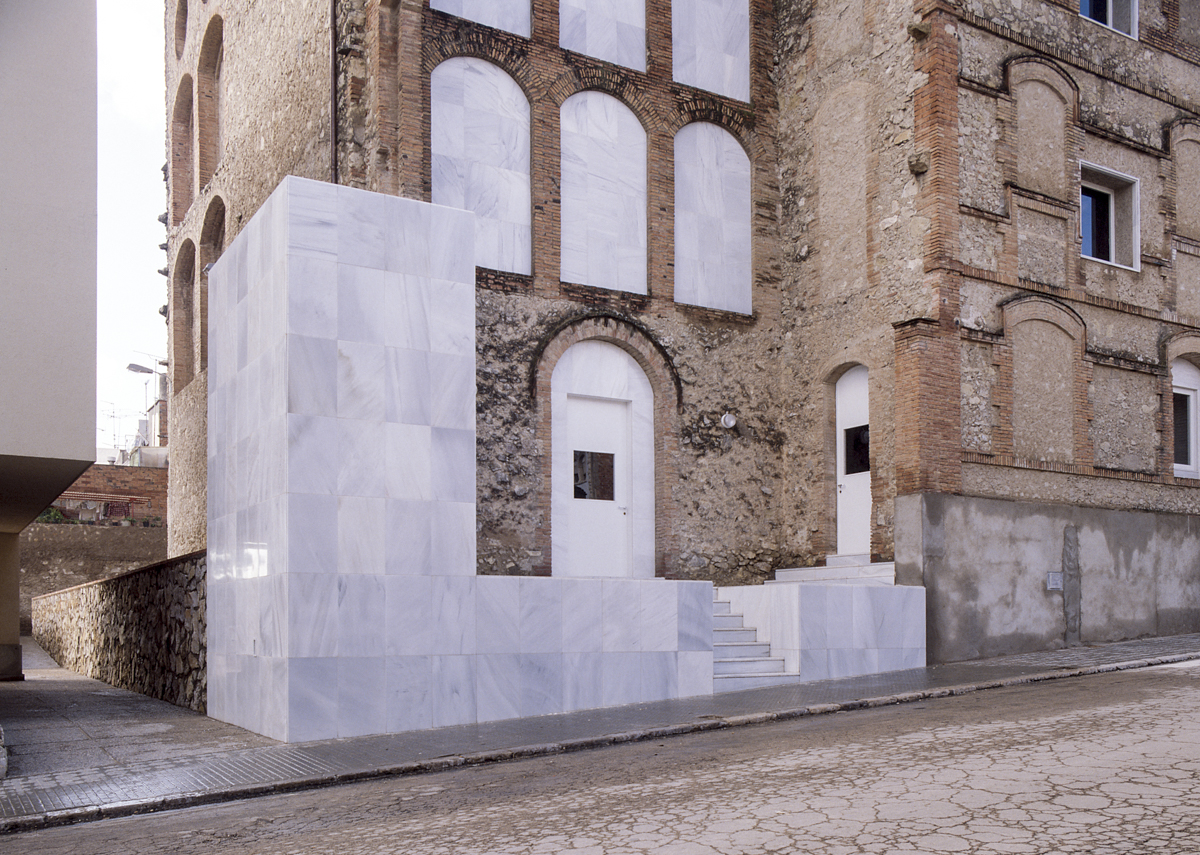 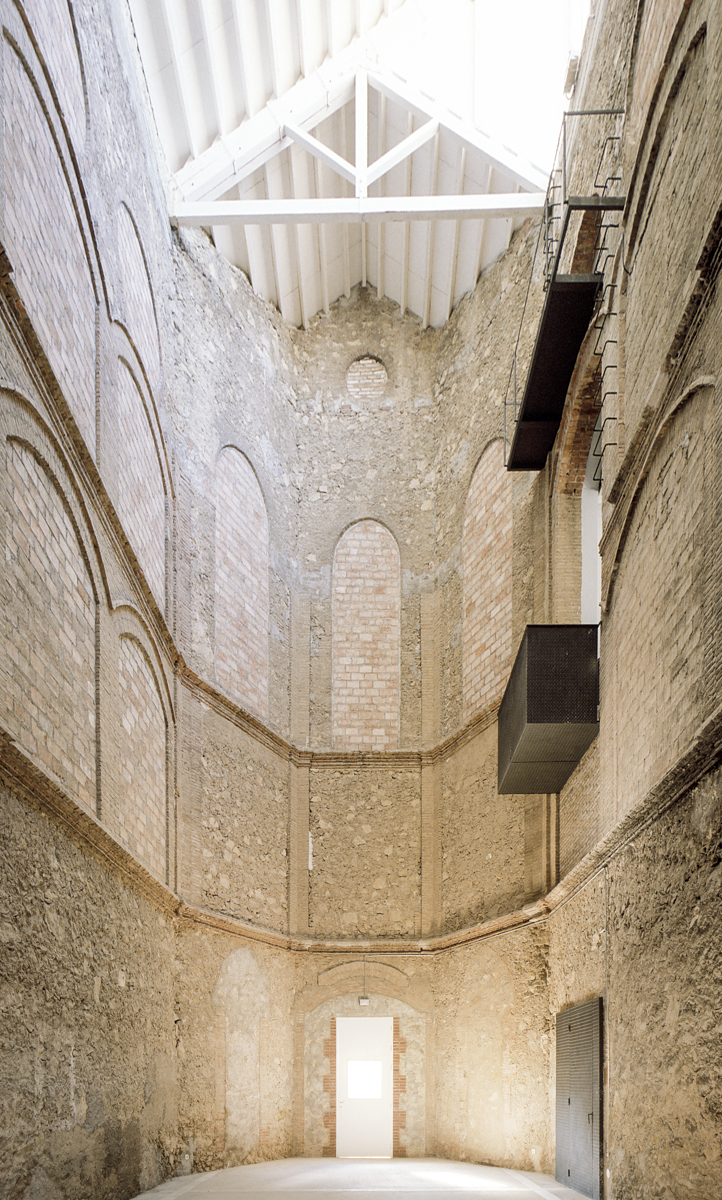 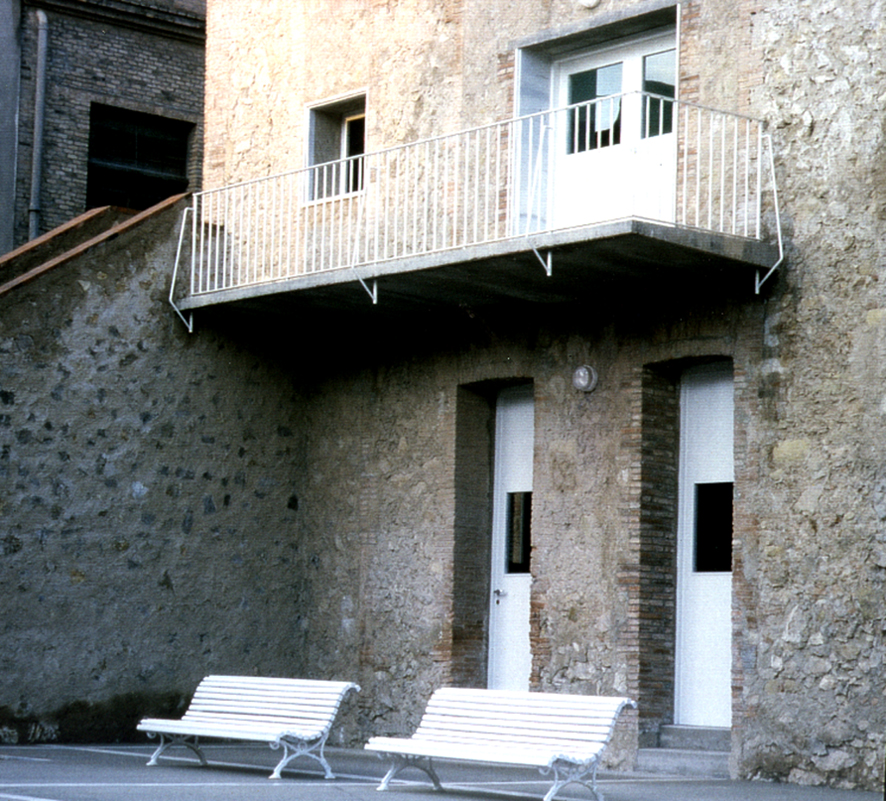 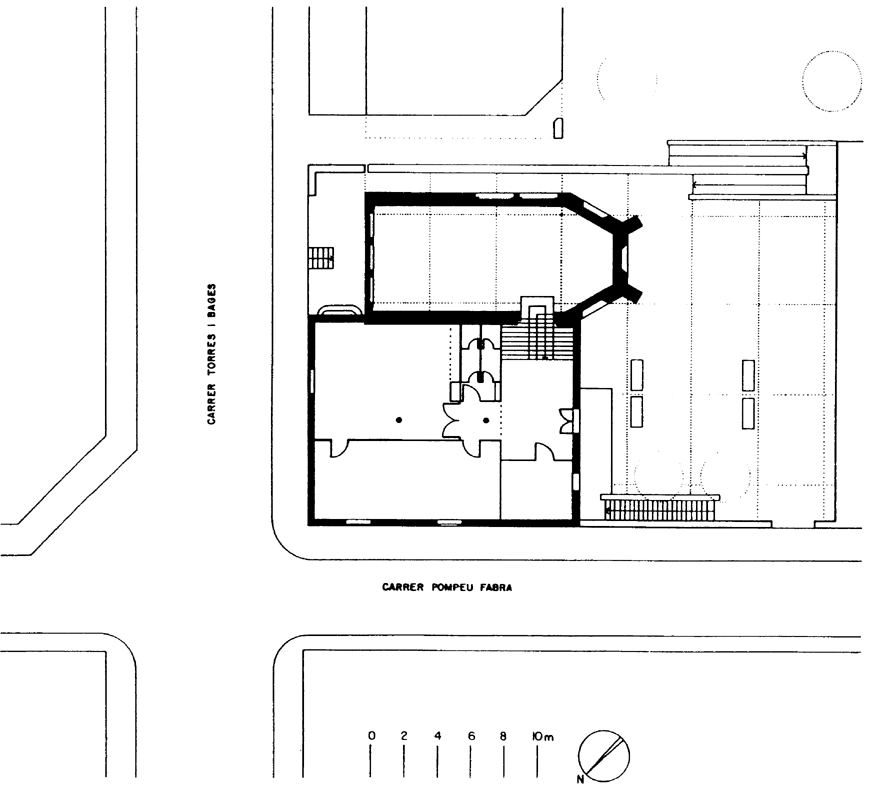 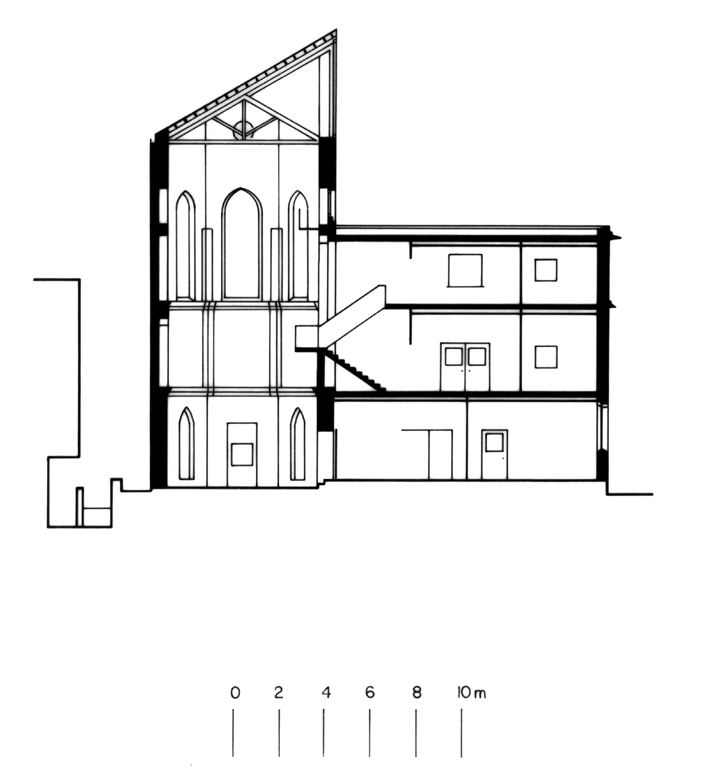