Rehabilitation of Prieuré building and the Archeolab of Pully, Switzerland,
2017

The Priore hill and its surroundings have been occupied since the second half of the 1st century AD, a period in which a villa with a portico and a basin with a small thermal complex was built. This villa had its golden age in the 2nd and 3rd centuries when it radiated all its nobility. If the uninterrupted occupation of the site since the Middle Ages has left behind an eclectic and coherent architectural complex, it has however erased the remains of the luxurious Roman villa, which the various excavations of the twentieth century have brought to light.

It is in this context, of such a precious medieval heritage, surrounded by vineyards and overlooking the lake, that the new town hall and the new Archeolab are inscribed, with regard to the built and the aim of enhancing the whole.

The new interventions specify the public spaces of Pully with simple urban forms. The volumetry of the Archéolab approaches the House of Pully and comes to frame the market square, offering a front built to the houses of Samson-Reymondin Street. The new town hall completes the medieval set of the Priory, with precision and abstraction. The original building rises dominant and enhanced.

A continuity in materiality

The various interventions use the same language and the same materiality as the existing buildings in an attempt to establish a direct architectural relationship.

Through its solemn expression, the new city hall offers a clearer identity of executive power. Its volume is a response to its meeting with the church and the bell tower. The oriental side of the area receives a new body that simplifies the connections between the buildings and pursues the same goal, weaving a link with the Priory. The volumetry of the Archeolab is divided into two bodies. The one that covers the ruins refers to the Villa of Pully through its double height and its opening onto the garden. The visitor can experience the view that the salons of the luxury villa once offered.

Through the materialities that are combined with the existing heritage, the various interventions offer comfort to users and provide an internal environment in which it is possible to feel good. The Priory's interventions take place in a context of great value, the isolation of the walls to the outside is not desired and an internal isolation would diminish the qualities of the heritage and the benefits of the thermal inertia of their great mass. For this reason a punctual intervention is proposed on windows, roof and ground.
Location
Ville de Pully, Switzerland
Area
11735 m²
Year of the project
2017 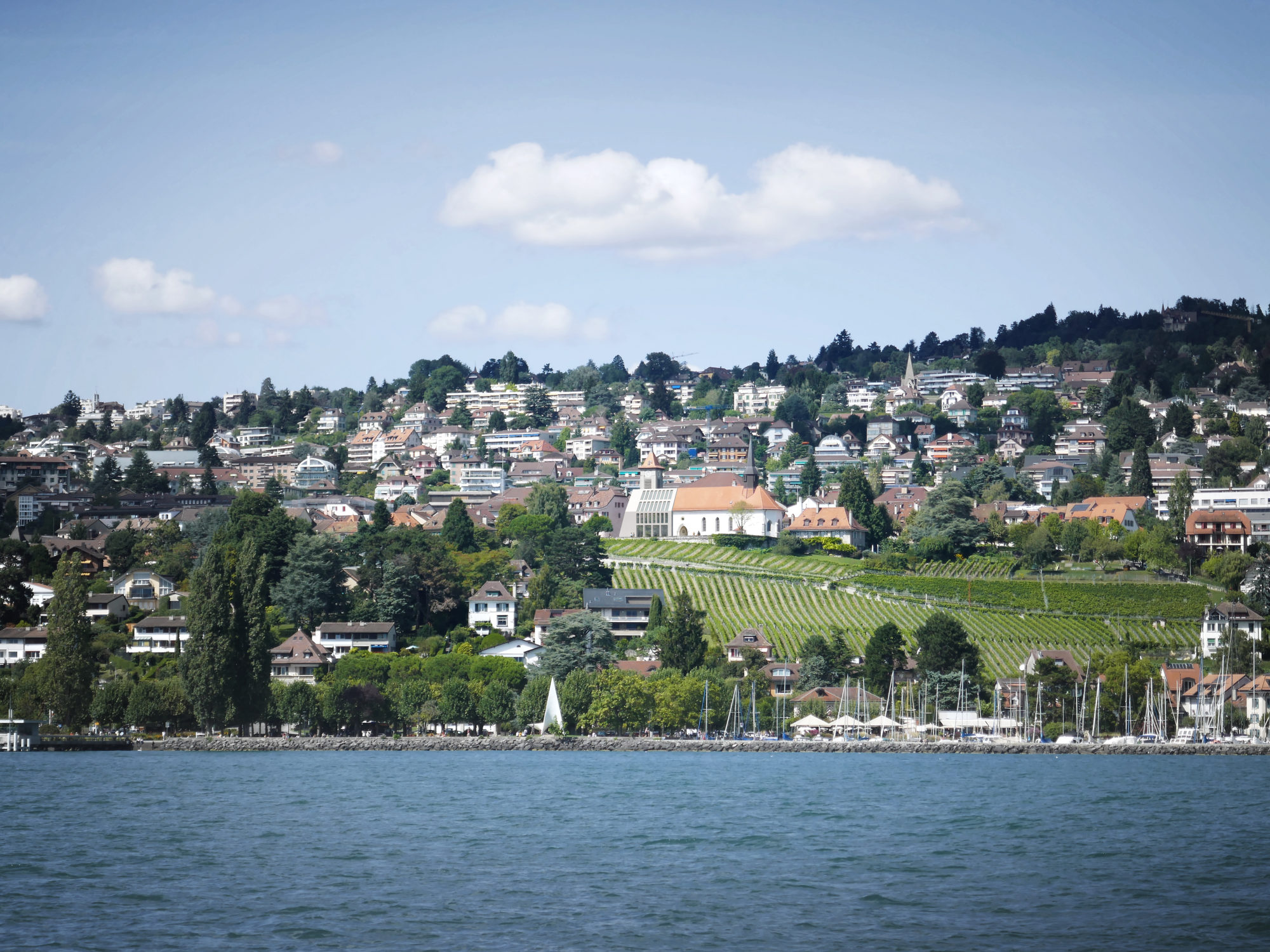 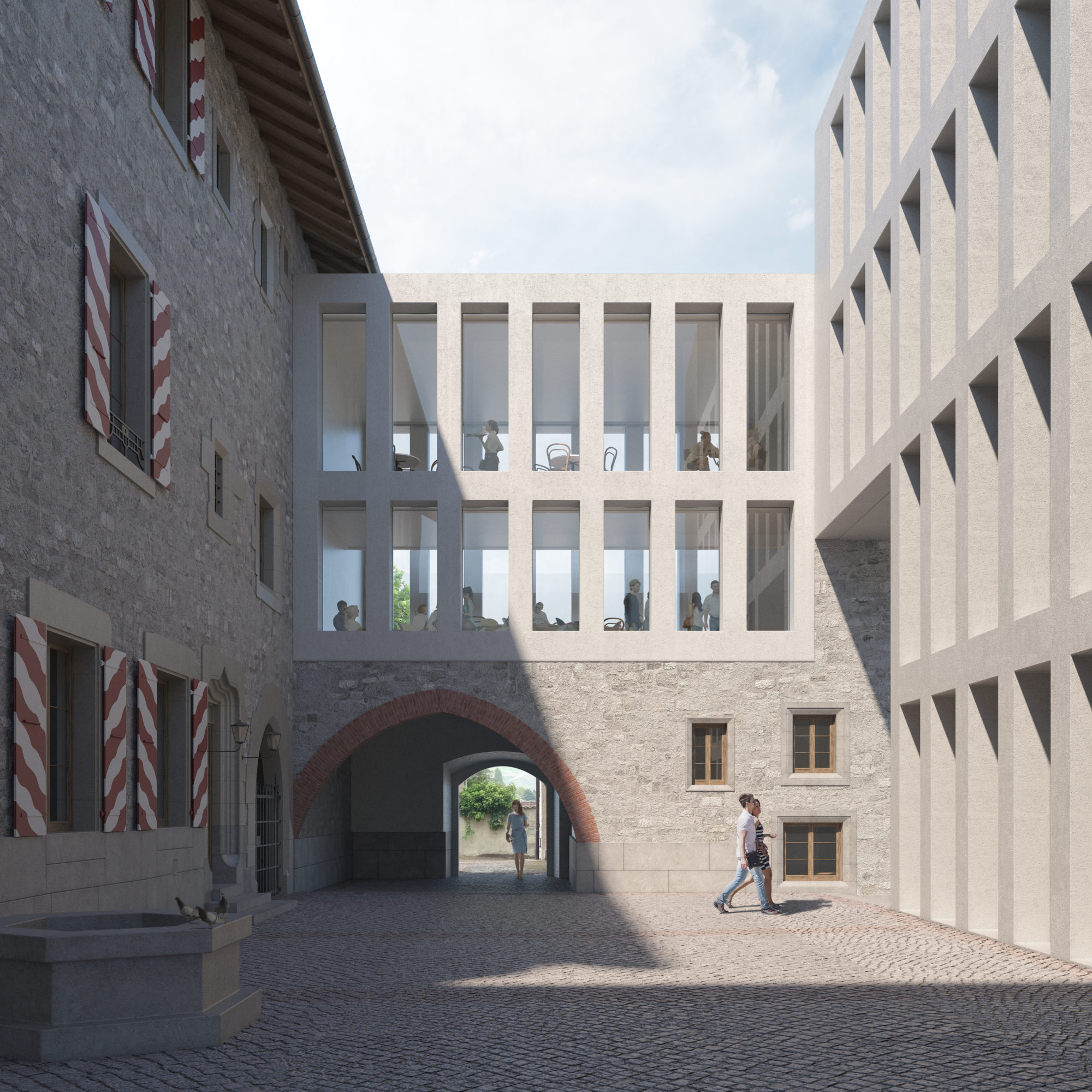 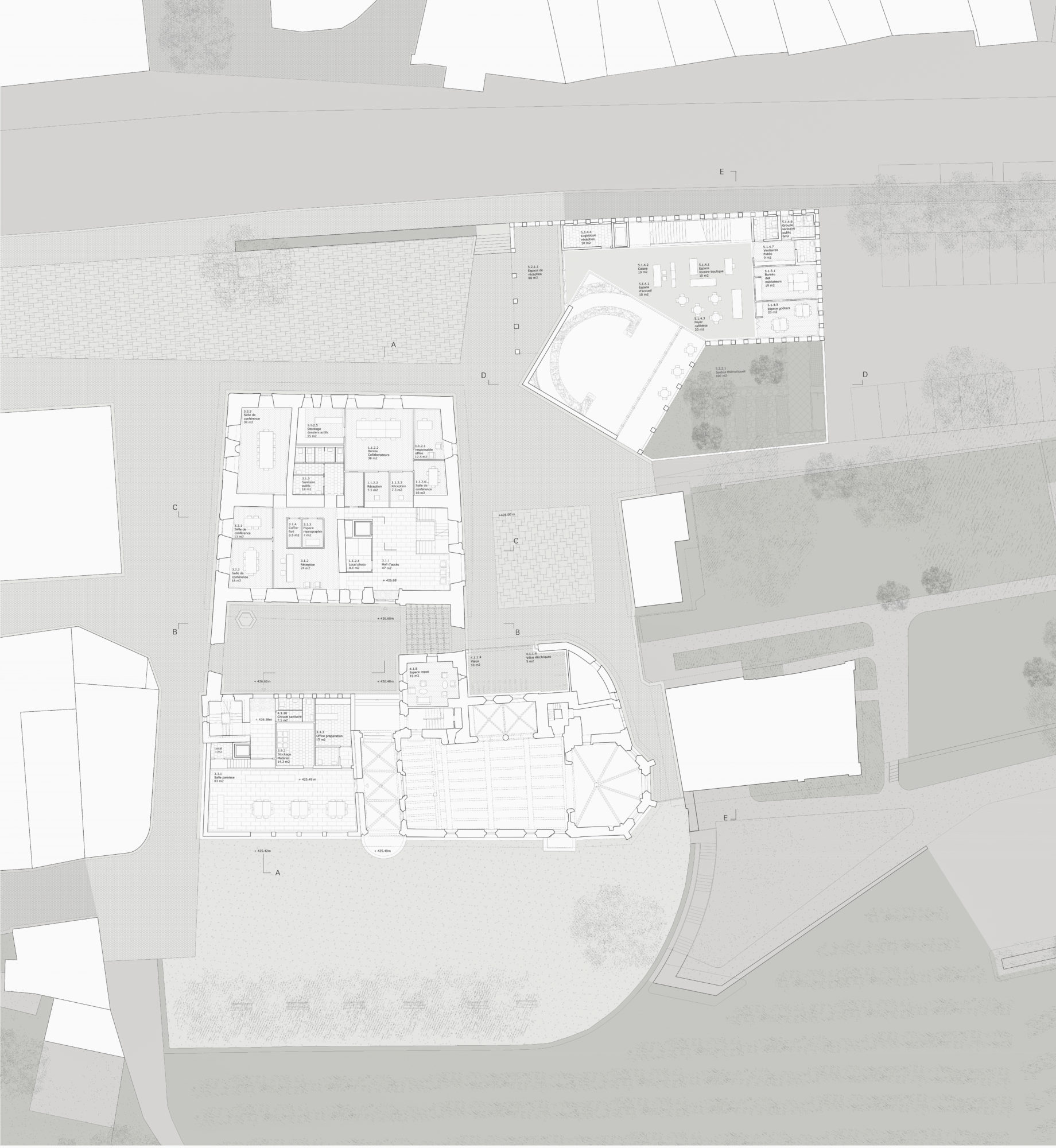 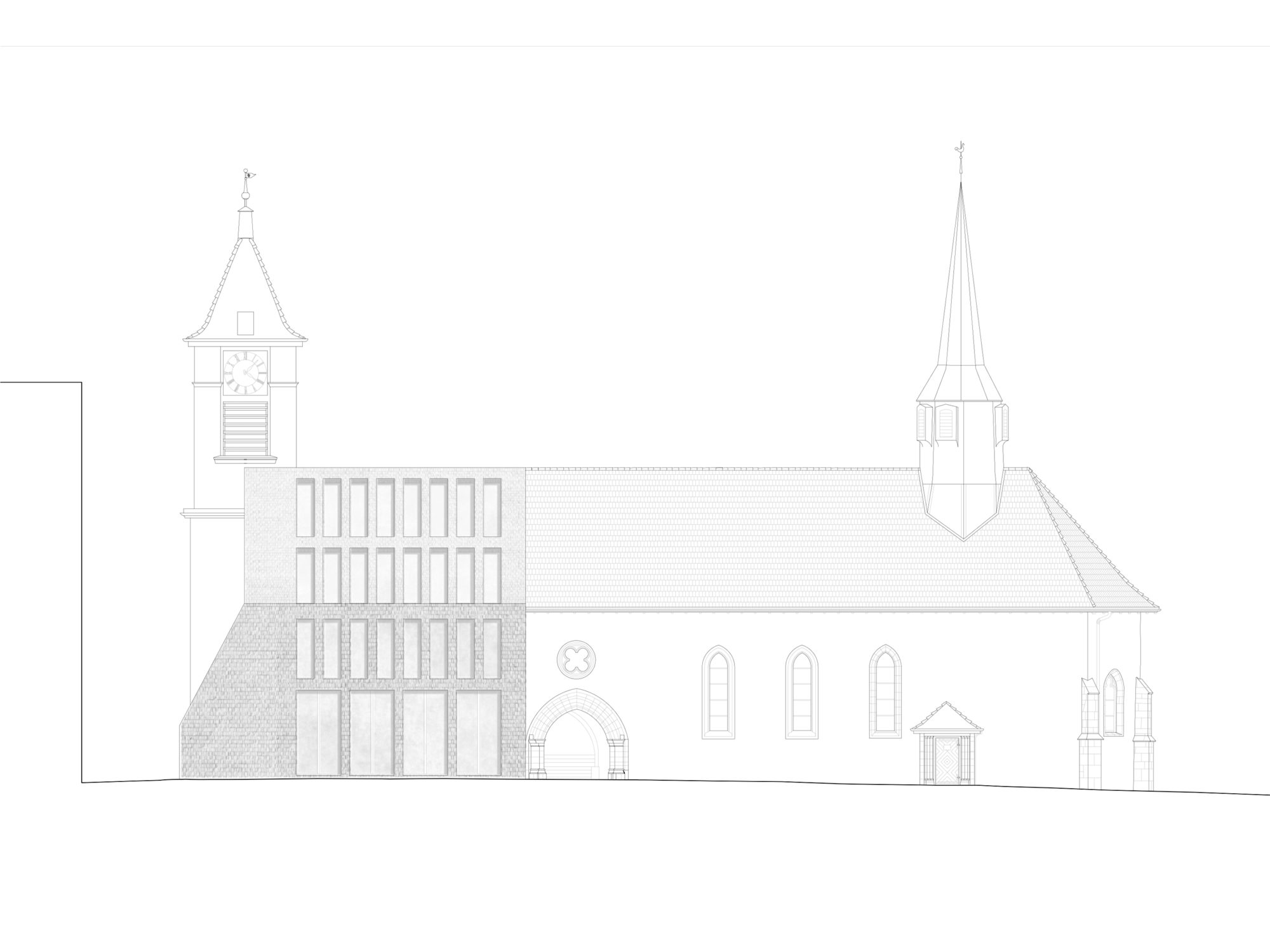