Read more Close
Read more Close
The greatest strength of Château de Beaucastel wines is in the soil. Its prosperity, which a respectful exploiation allowed to enhance, is largely at the origin of the quality of the wines here produced.

Our project for the renovation of the estate offers an architecture in harmony with the territory, an architecture that is an integral part of its environment and that best conveys its importance.

The existing lot, squared and oriented along with the cardinal points, is a clear and compact mark in the vine-growing landscape. The shape of the lot is preserved and the clear boundary between the landscape and the buildings is strengthened.

The spatial organization of buildings protect them from environmental inconveniences while exploiting the resources of the site. While to the north, east and west, the opening of buildings is reduced to the maximum to protect them from the noise of the highway and the discomfort generated by the Mistral, to the south the buildings are organized around a large garden, opened on the landscape of the surrounding vineyards.

The intervention we propose is at the landscape level. It begins by recognizing the fundamental properties it is composed by, namely the horizontality and the isotropic structure of vine plants.

We use these properties as a formal tool to connect new buildings to their environment. Thus, all the new buildings have the same height, and the structural grid of the roofs echoes the landscape of the surrounding vineyards.

An artificial nature emerges in which landscape and buildings interact to form a coherent whole.

On a smaller scale, the vaulted shape of the roofs of the project evokes the soil of the vineyard, consisting of furrows formed by piles of pebbles around the vines. This analogy between the built environment and the landscape strengthens poetically the bond that unites them.
Location
Courthezon, France
Area
4000 m²
Year of the project
2018 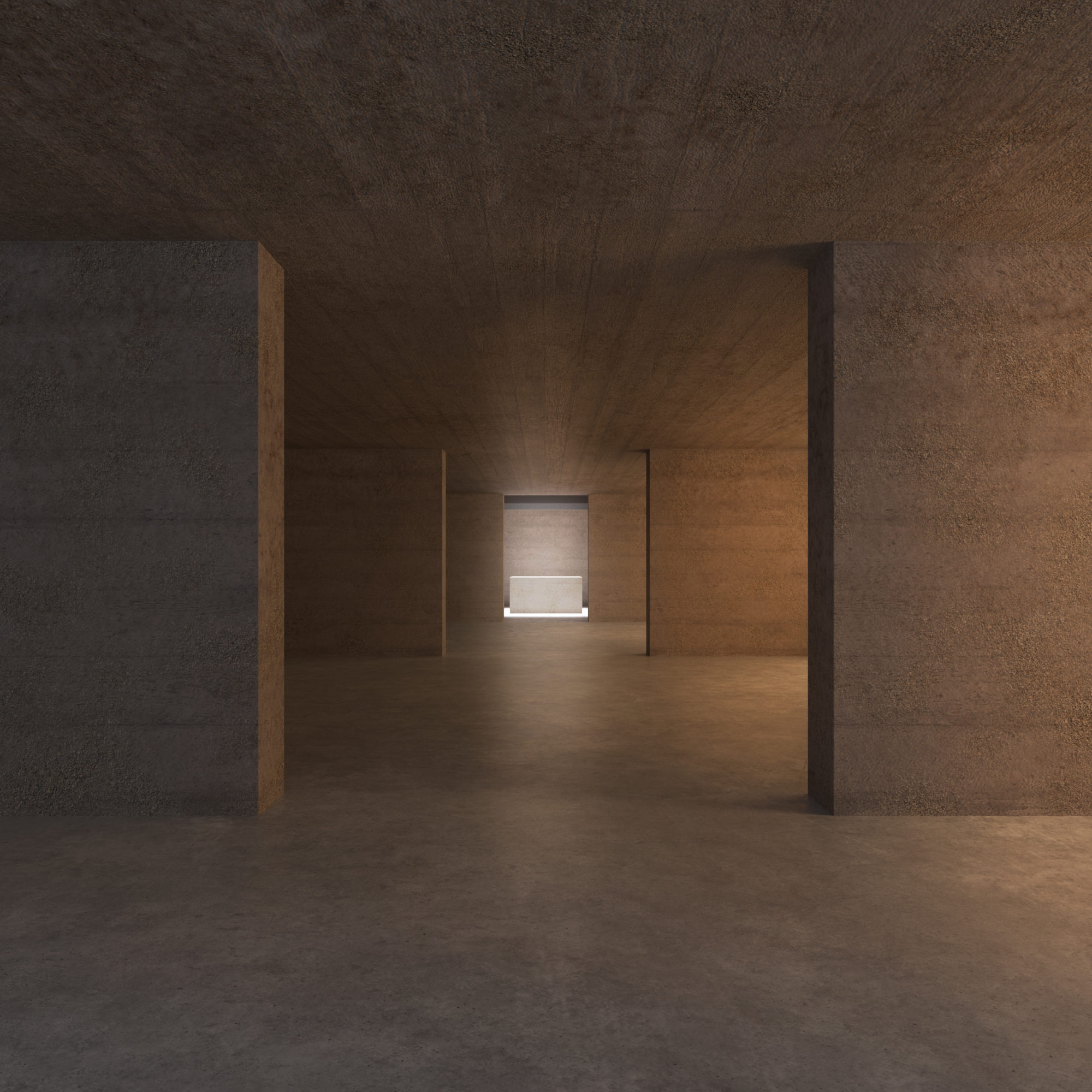 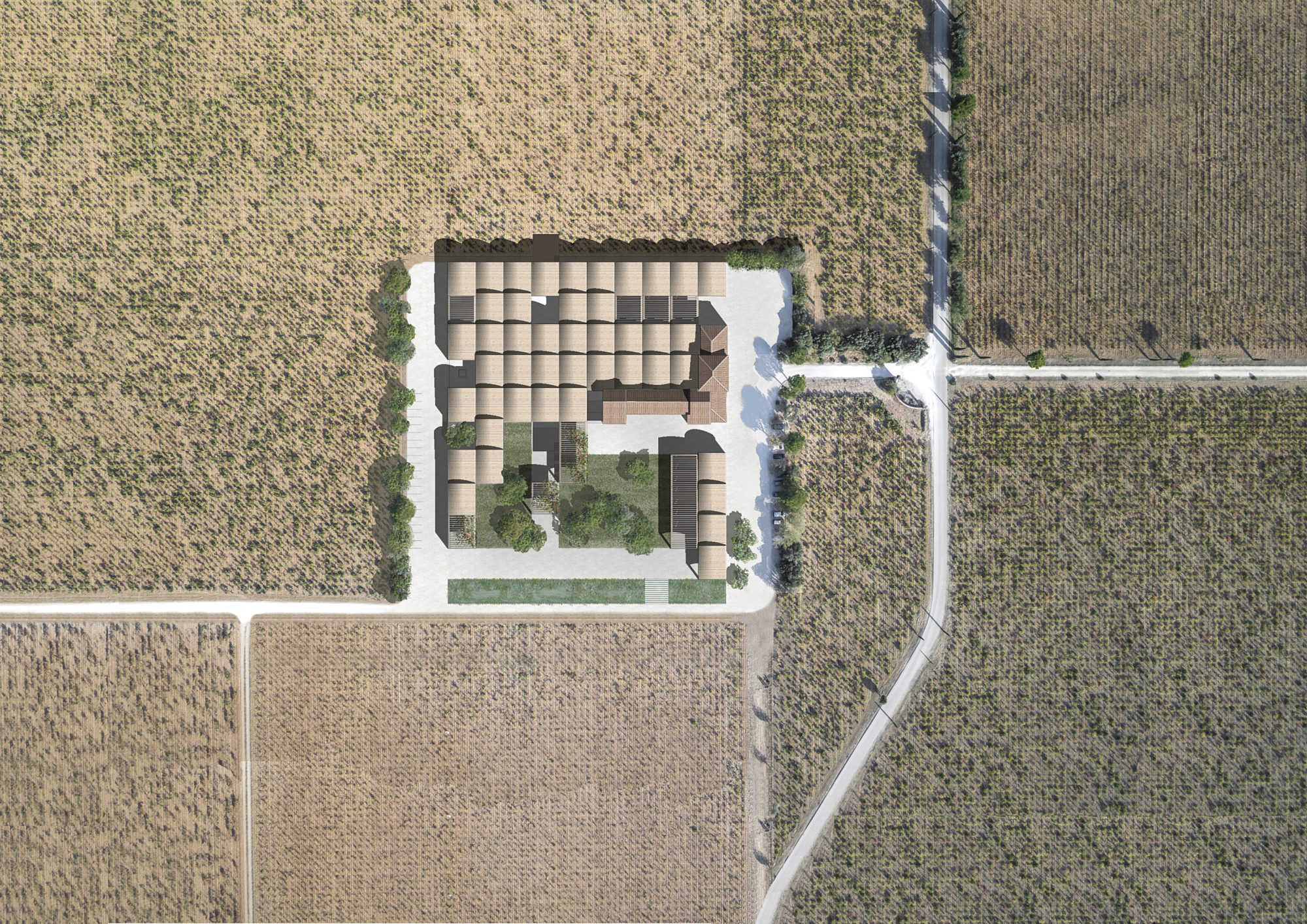