Read more Close
Read more Close
The plot is located on an average island building according to an old special arrangement of isolated buildings. In spite of the valid urban classification it fixed a building depth of 22 m. and a regulatory height of 16.70 m. (ground floor plus 4 floors), two parallel double-faced blocks were projected, with no inner courtyards, that open outside the street, center of the island and central space between blocks, abscrited at its ends .

The houses, with the exception of a few smaller capacity, are four bedrooms, two doubles and two singles, a living room, a dining room, a kitchen and a laundry room, with a useful area of ​​75 m². In the central space covered between blocks, the bedrooms are grouped together, in order to keep it clean and silent. The portion of the building not occupied by the houses, ground floor and attic, are used for parking and commercial premises.

The central space has its origin in the level of the mezzanine on the ground floor, it is covered with a skylight and is used as a general hall of the building with access on both ends. In its interior, vertical towers with stairs and elevators are built.

The construction has been carried out with materials of the highest possible quality and better preservation. The facades, always very flat, are of visible work. The windows, large in relation to the interior, relate to each other by forming a continuous fabric, due to its similar dimensions, constant constructive characteristics and the rhythm of its position.
Location
C/Dr. Pi Molist. Barcelona
Area
9778 m²
Year of the project
1978
Start of construction
1979
End of construction
1982
Co-author
Enric Soria 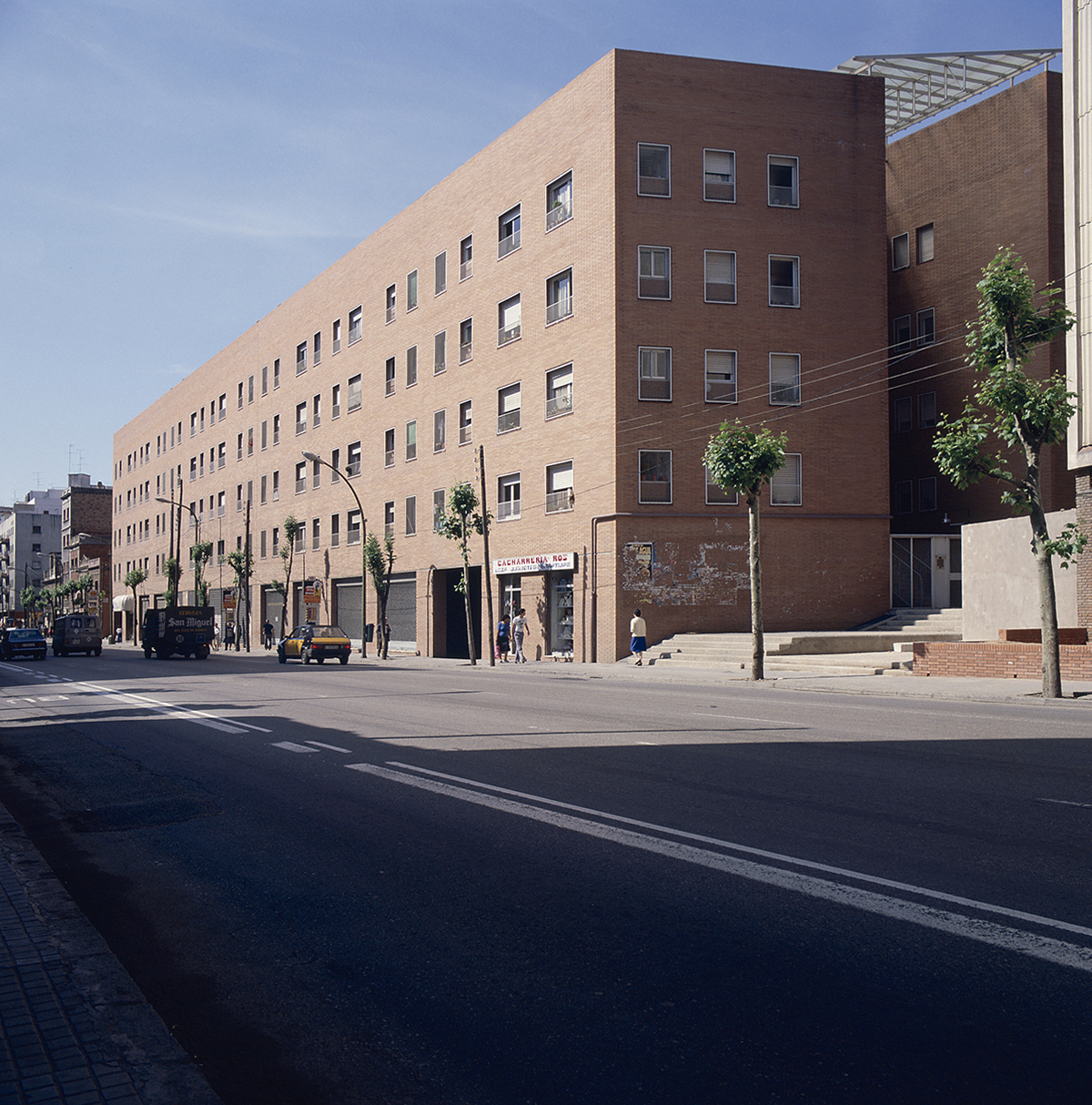 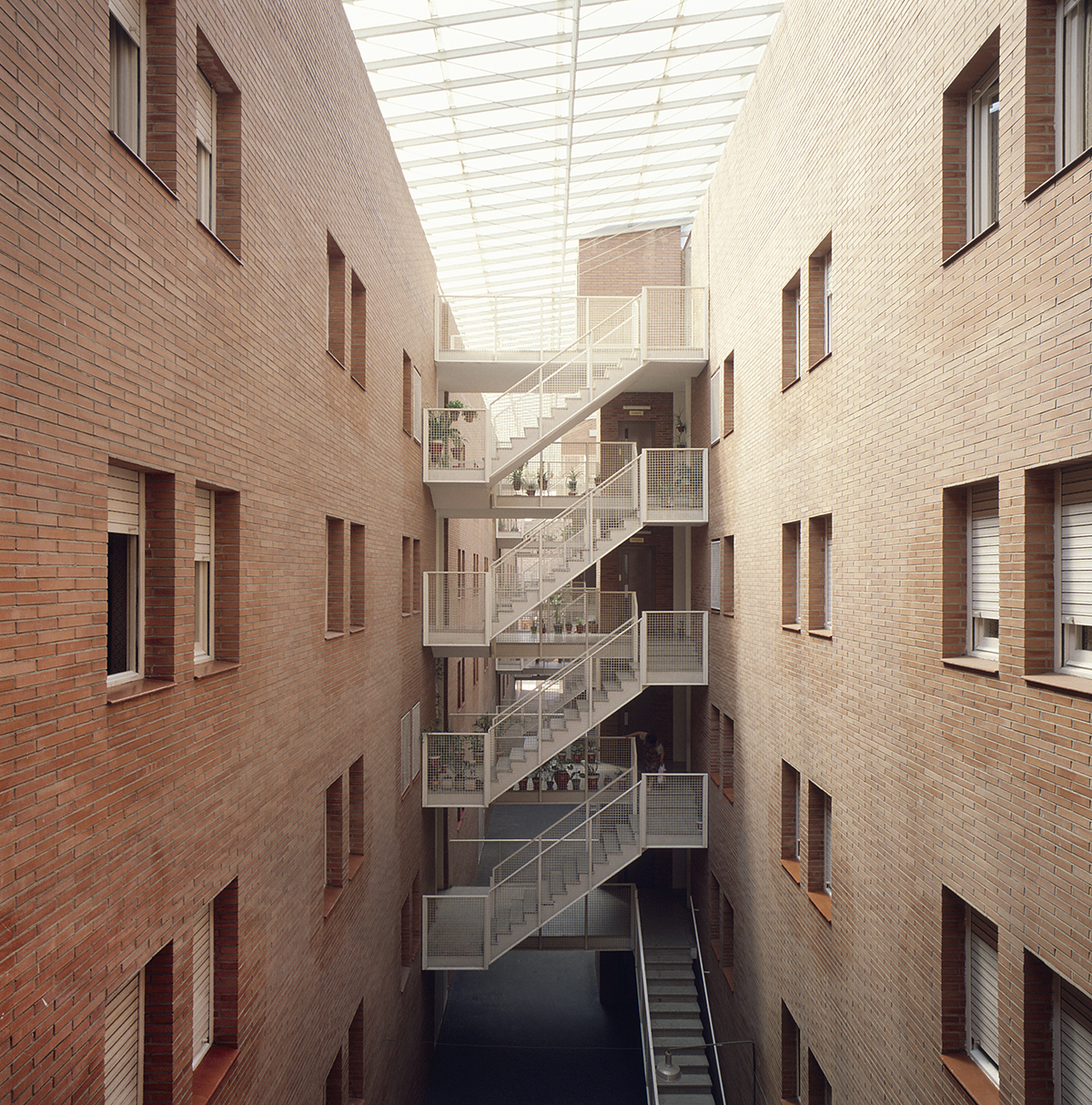 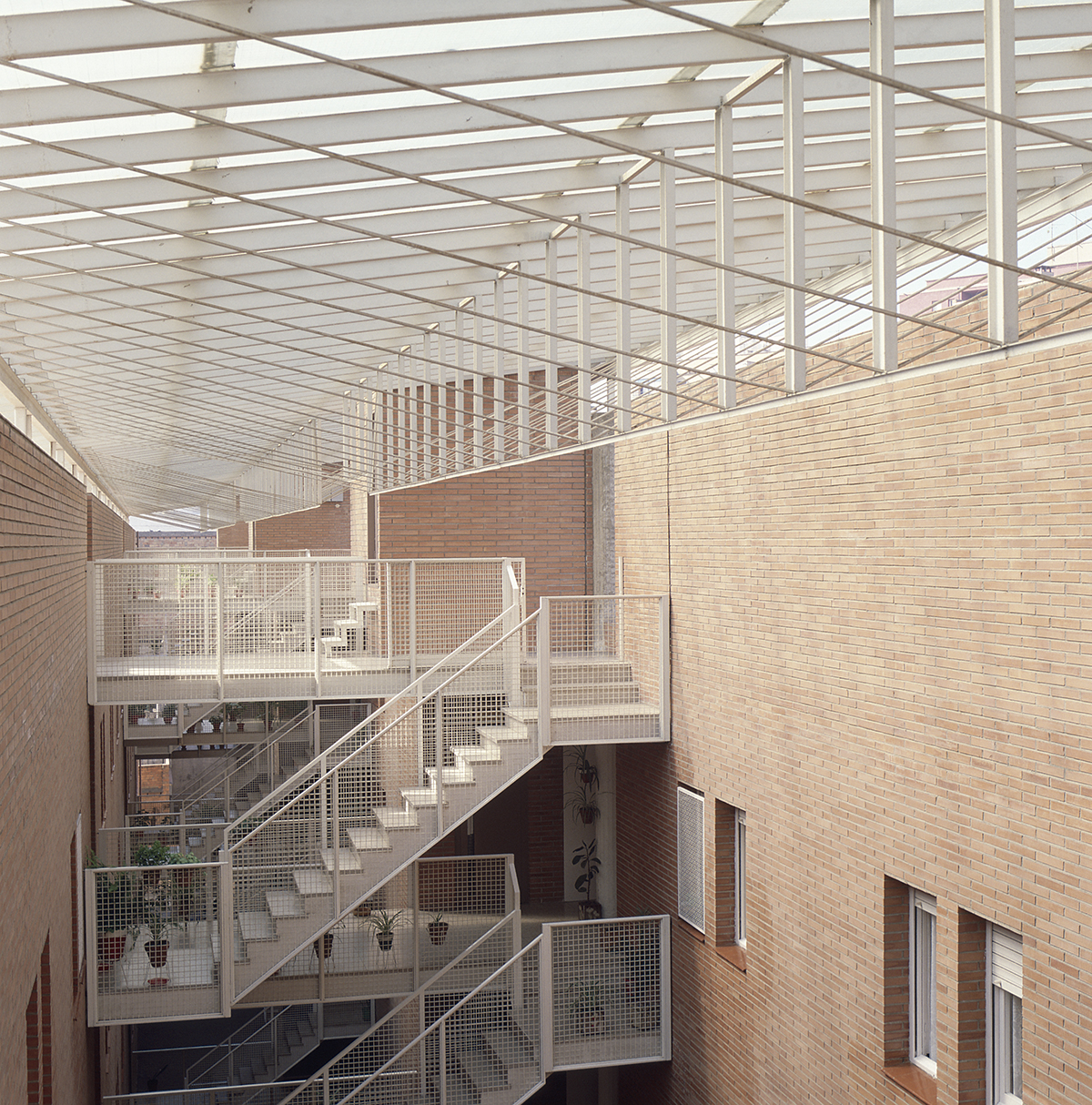