Read more Close
Read more Close
With total freedom of situation and form, the Pension Fund had to build a small building for Local-Club Retired and Conference Room, in the new urban space obtained by the demolition of old houses made by the City Council of La Seu d'Urgell. These lands were configured, for the moment, as an extension of the great Pati del Palau square (Bishopric), which is, already, an urban sector with very different characteristics of the immediate superior built around the great monumental core of the Cathedral. This was decisive in the decision to draw the building angularly so that it will create a last, quiet space of small dimensions, the end of the monumental route and that with its outer front delimited again, clearly and accurately, the Plaza del Pati del Palau in its original dimensions. The new square is at the service of the small church of Sant Miquel, the Diocesan Museum and the users of the new building that will be used as an annex exterior. In its paving, solutions have been used in the rest of the monumental complex, adapting sizes, levels and layouts to the new building that delimits it. The lateral passage, defined by the free end of the angle, frames a new view of the tower and side apse of the church of Sant Miquel. The building, in attention to all this, is opened by the interior of the angle to the square as if it were a half cloister that rests on the outer side opaque and oversized by the placement of the first floor, conference room with a rectangular shape, with independent access from the large square through the terraced linear gallery. The plan of this façade keeps the monumental complex limited and at the same time serves as a pedestal, in remote views, by the towers, which, as they stand out, announce and remember the monumental sector. These urban considerations are those that make up the building and therefore predetermine and design the interior spaces of which the two galleries that open in the new square are the protagonists. Externally the construction is made of ceramic wall walls, windows, metalwork and slate roofs with the exception of the cover of copper plates of the small terraced gallery with access to the ground floor. In the interiors, the painted ceramic paraments predominate and the roofs have been solved with concrete beams of rectangular section and painted ceramics panels.
Location
Seu d’Urgell (Lleida)
Area
650 m²
Year of the project
1982
Start of construction
1983
End of construction
1984
Co-author
Enric Sòria 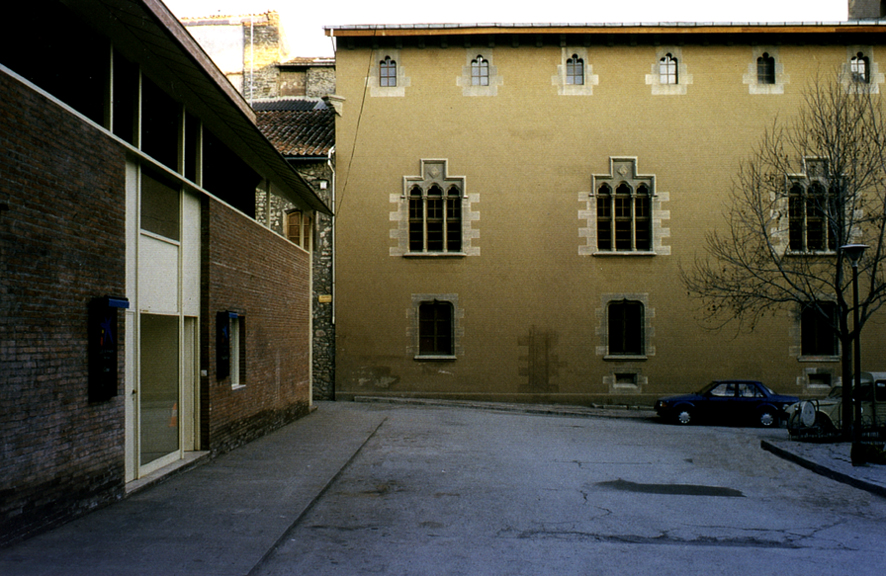 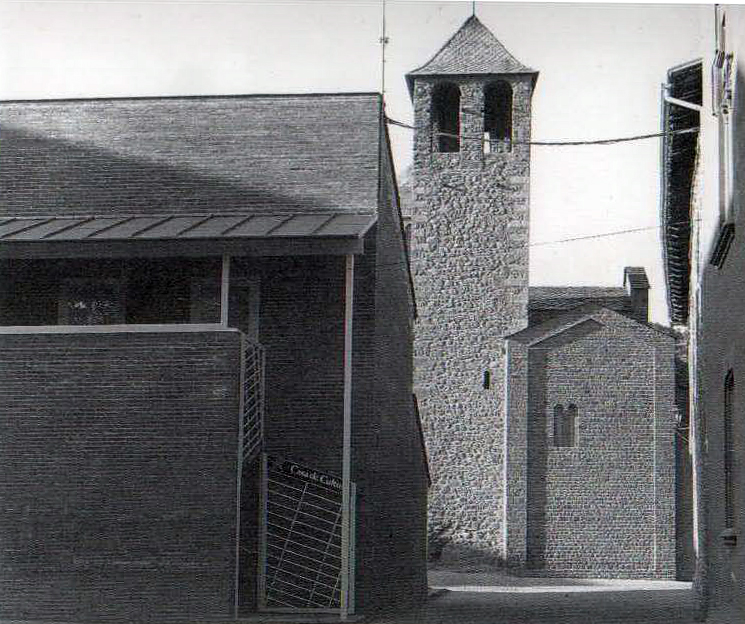 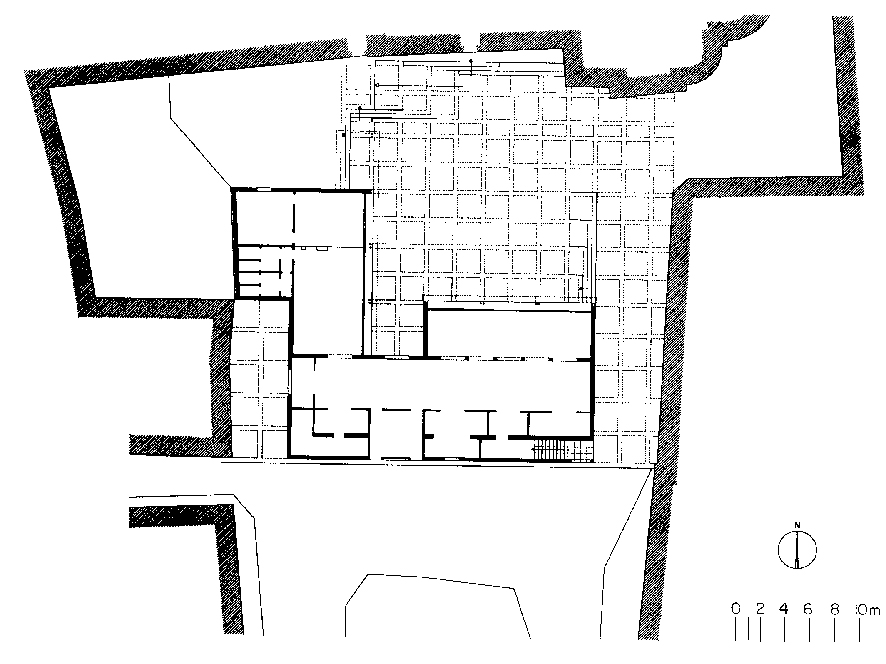