Read more Close
Read more Close
Siracusa wants a Maritime Station on a large dock, which will be previously expanded, located in a central position with respect to the large port, in the bay, and the city with its two centers, the historic one in Ortigia and the one on the mainland.
It will be located in the center of the dock and therefore totally exempt and away from any other construction.

This gives it a character of independent building, instrument building, singular, artifact, abstract and center of attraction.

The proposal wants to respond to all this, to the exceptionality in all its parameters to the expressive possibilities to which this invites, but in such a way that what we have just stated does not cause as a side effect an excessive alteration of the profile of the city.

An architectural occasion like this should not be wasted, but we must avoid that a lack of containment, measure and an excess of naive enthusiasm turn this opportunity into an urban nonsense.

The building, far from the context, will be independent and abstract with the opportune load of expressivity to make it identifiable.

The construction is landscape, linked to the surface of the pier and the buildable perimeter and with the presence of triangular shapes both in the configuration of the extensive ground floor and in the landscape treatment of the great plaza superior that it recovers, with better views for its greater height, the free surface occupied by the building.

All these formal considerations are those that allow to implement with comfort and intention all the planned program.

A complexity of gestures is pursued in the framework of a comprehensible general idea, with the hope of reaching a certain condition of timelessness necessary to withstand the passage of time.
Location
Pier S.Antonio, Siracusa (Italy)
Area
4350 m²
Year of the project
2009
Co-author
Ryan Mingo, Arquitecto 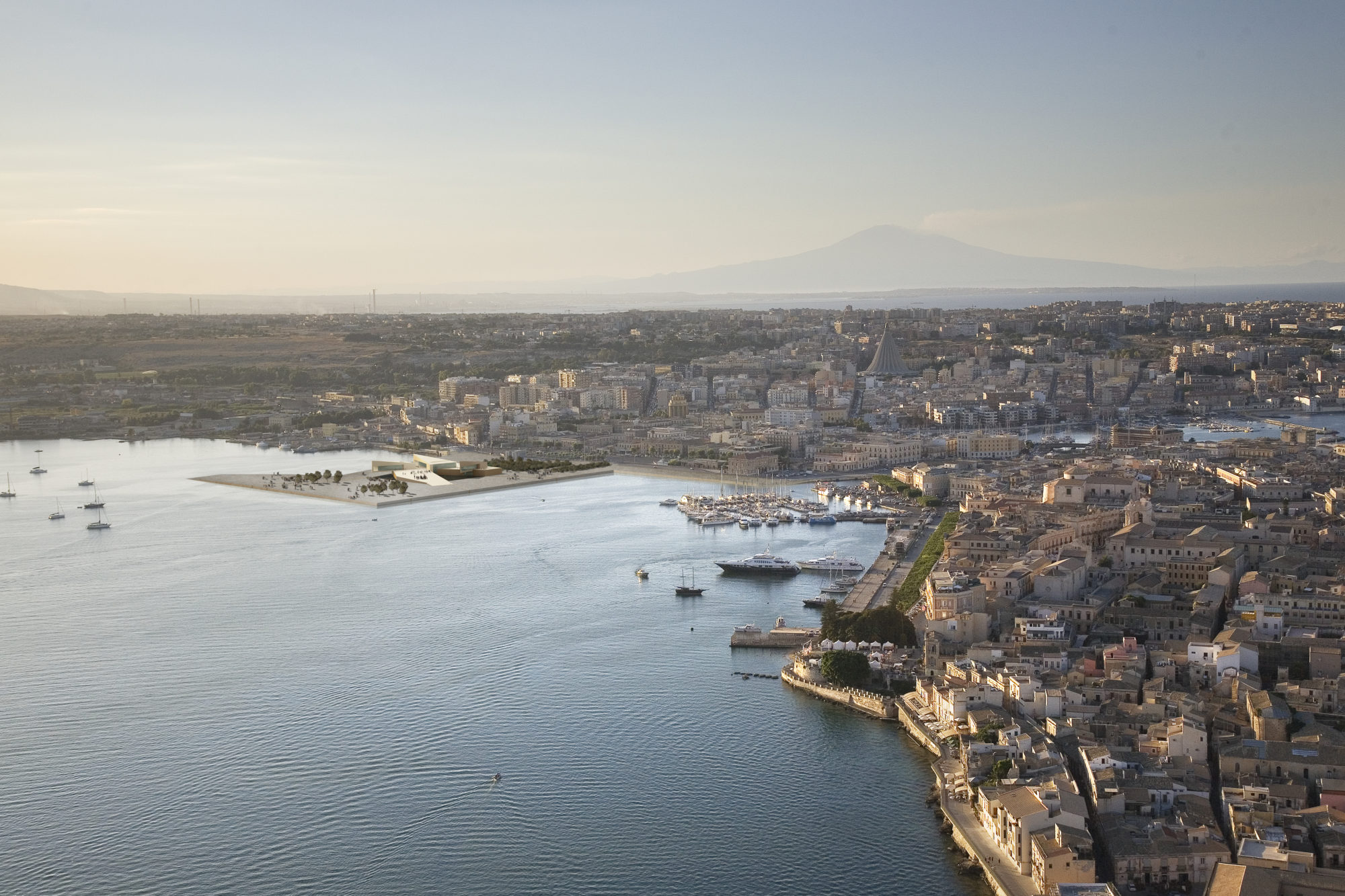 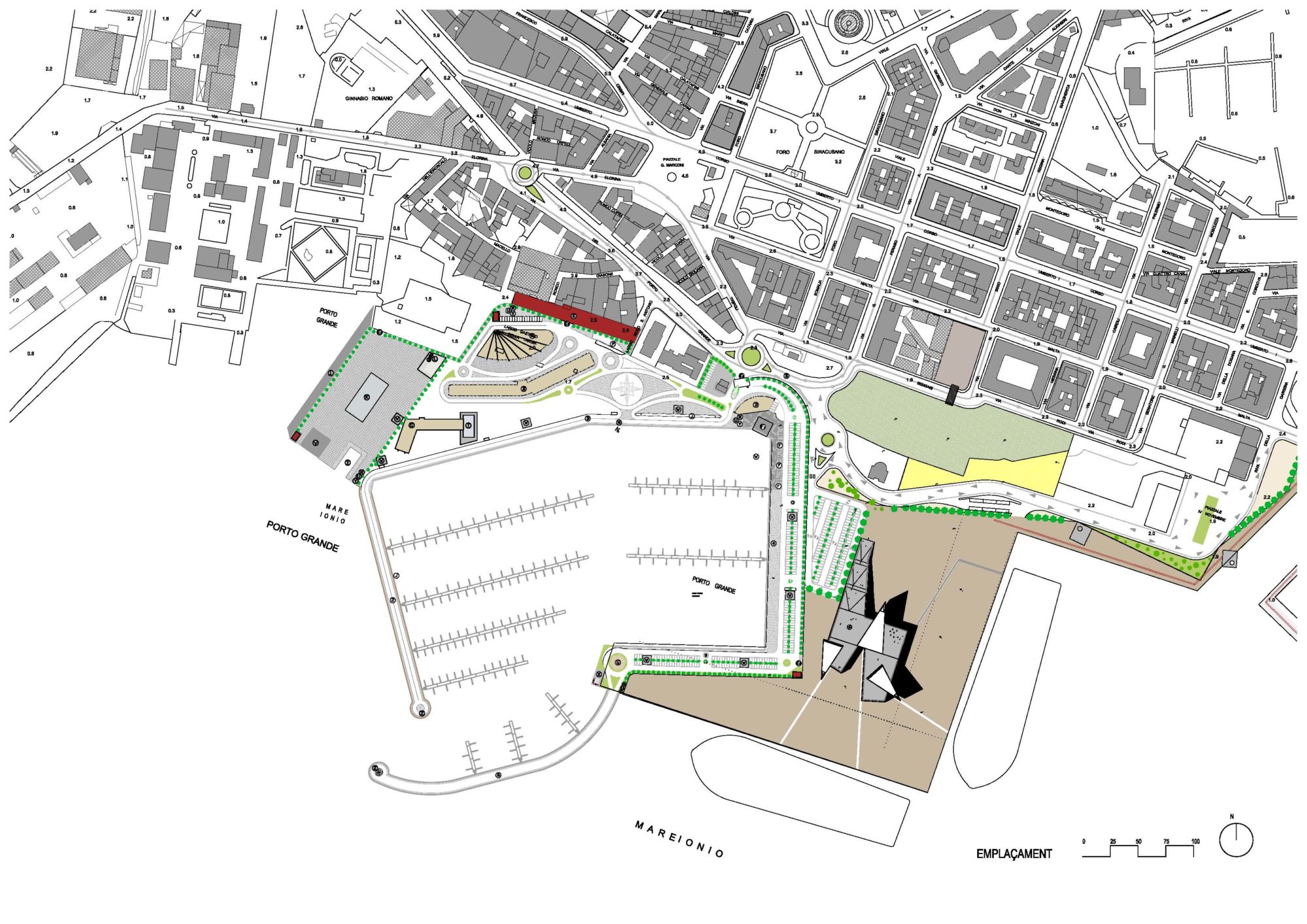 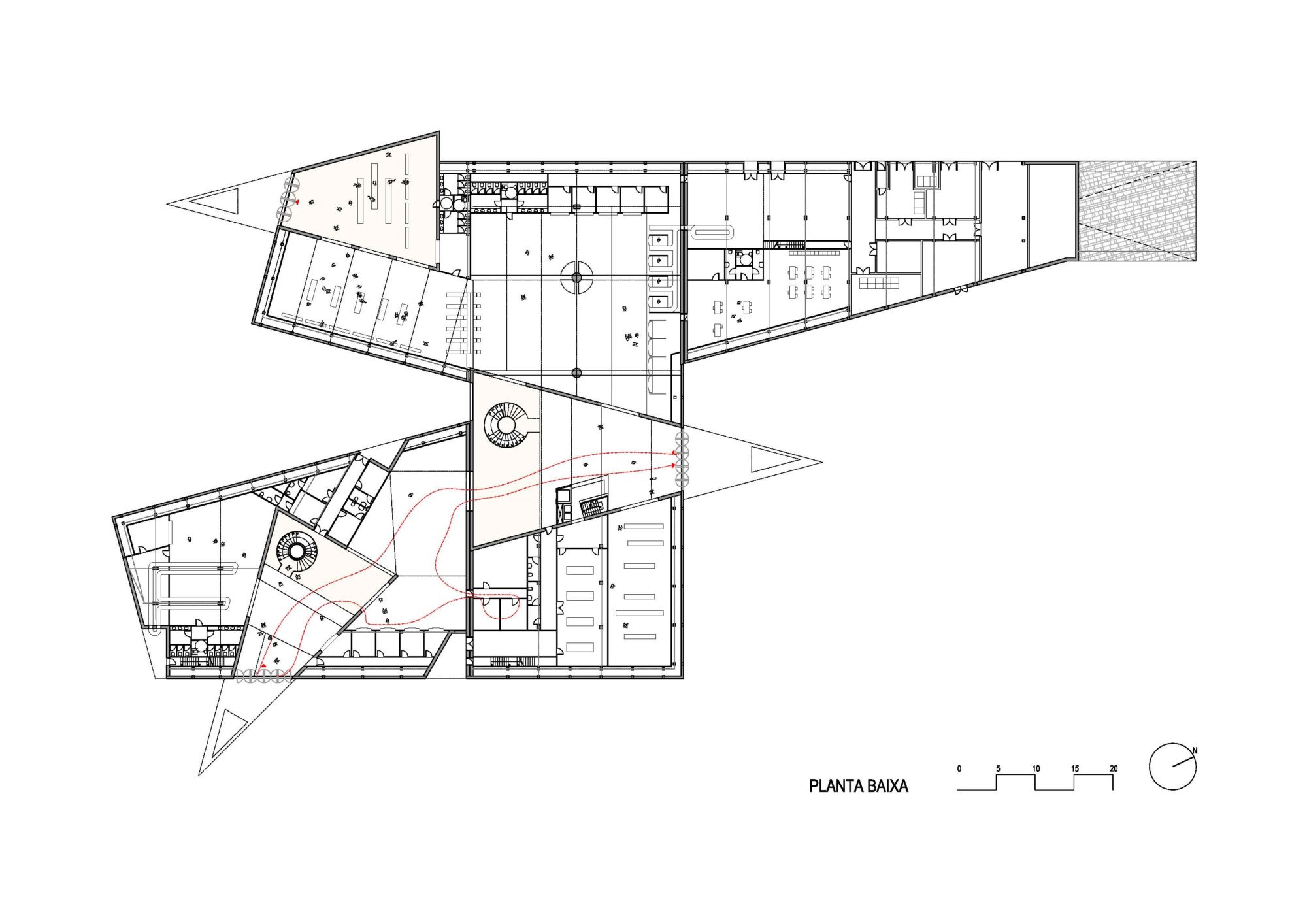