En savoir plus Fermer
En savoir plus Fermer
The Plaza de España Hotel is an essential part of the urban planning operation of the new Tarragona street, due to its location and the great activity and representation.
The hotel has been designed with an annular floor plan in the form of large urban hotels with an extensive Hall, connected to a large interior patio with dimensions and qualities of exterior. These two pieces act as the internal binder of the wide range of uses that the Hotel contains. Outside, the resultant volume is enriched with a pattern of gentle inflections in the definition of their faces. Liberated, due to its urban situation of the automatism of the alignments, the building finds its own identity in the undulating movement of its facades. A tower of orthogonal composition placed at the angle, ends and singles the building and the urban area of ​​the Plaza of Spain, where the bullring "Las Arenas" and the entrance porch to the Fair Center. The six floors above the PB and the tower accommodate the 338 rooms and the 8 suites, one of them with the large clock as a showcase in the Plaza of Spain. The four facades are constructed with prefabricated concrete panels that incorporate on their outer face granite slabs of two colors, gray and red and different sizes. The chosen shearing conceals the mechanical subdivision of the prefabricated one fleeing from an automatic constructive division to approach a textile-petri aspect of more unitary results. The same composition of orthogonal lines solves carpentry. Inside the large central courtyard, close to 30 m. x 30 m. It has finished with ceramic materials of five different colors distributed in a graduated order from the darkest to the clearest, in the way of some modernist patios that contrasted their chromatic variation with a petri, severe and urban exterior. The building has four basements for: parking, facilities, services and warehouses.
Localisation
Plaza de España, 6-8, 08014 Barcelone
Surface
35.236 m²
Année du projet
1989
Début du chantier
1990
Livraison
1992
Co-auteurs
Josep Blasco, Arquitecte (D/O)
Montserrat Bou, Arquitecte (D/O)
Juan Ignacio Quintana, Arquitecte (D/O)
J.G. Associados (Instal-lacions) 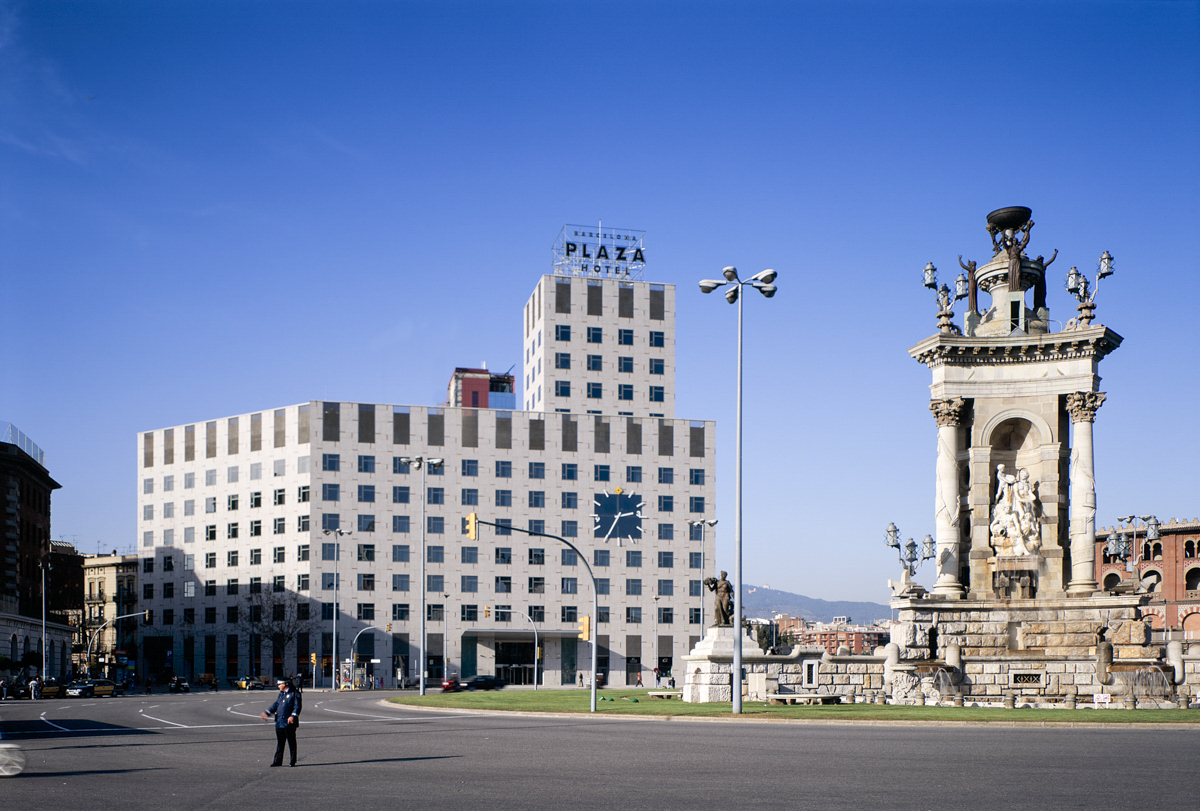 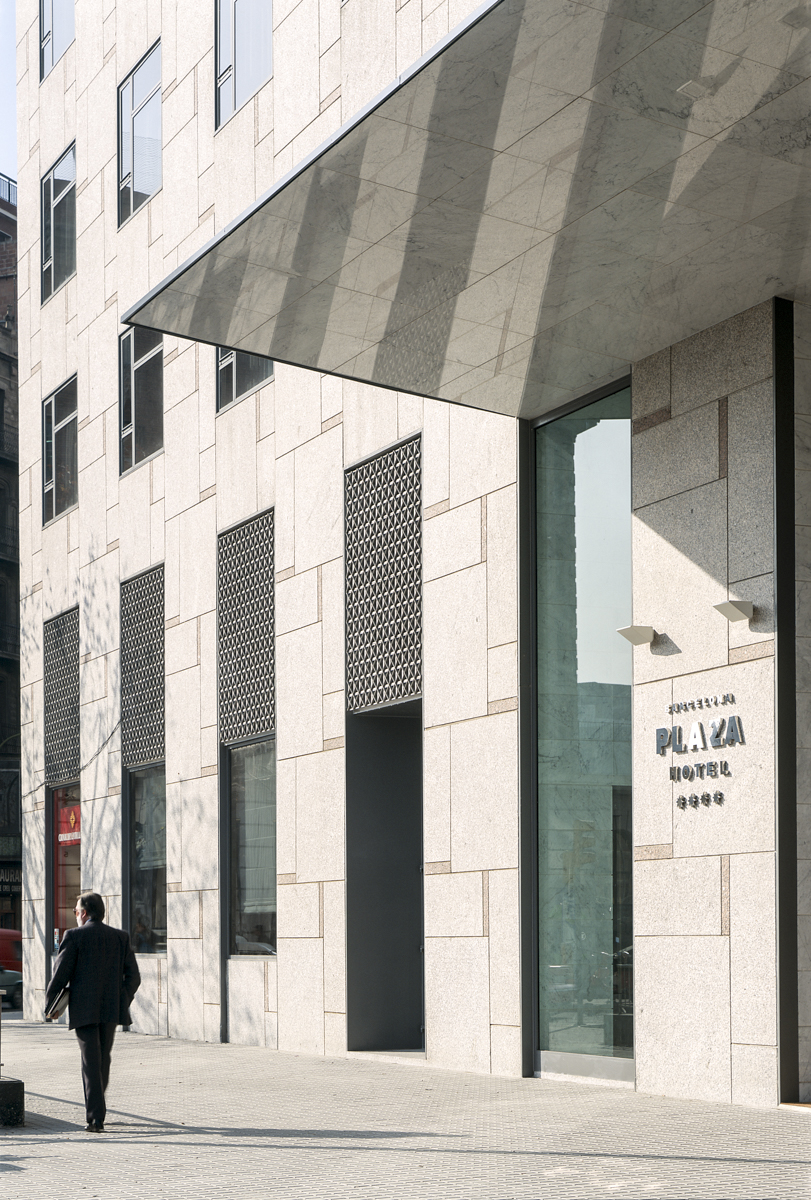 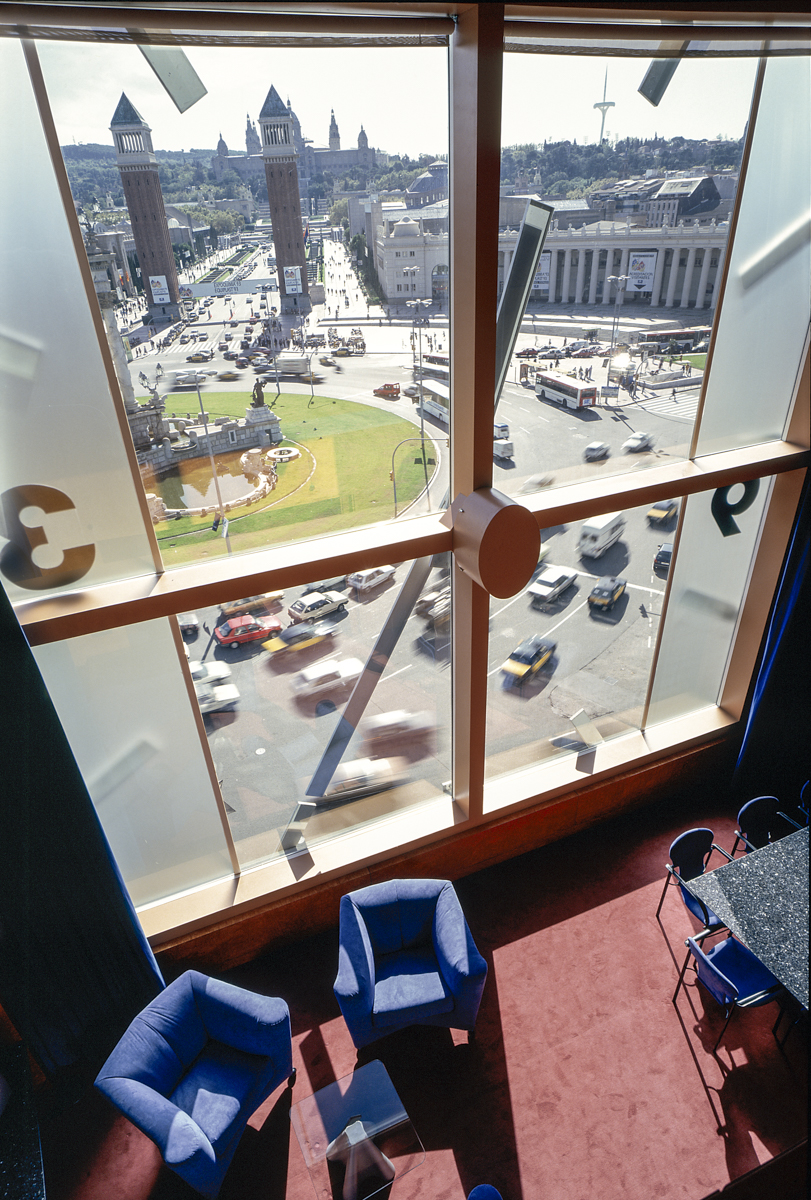 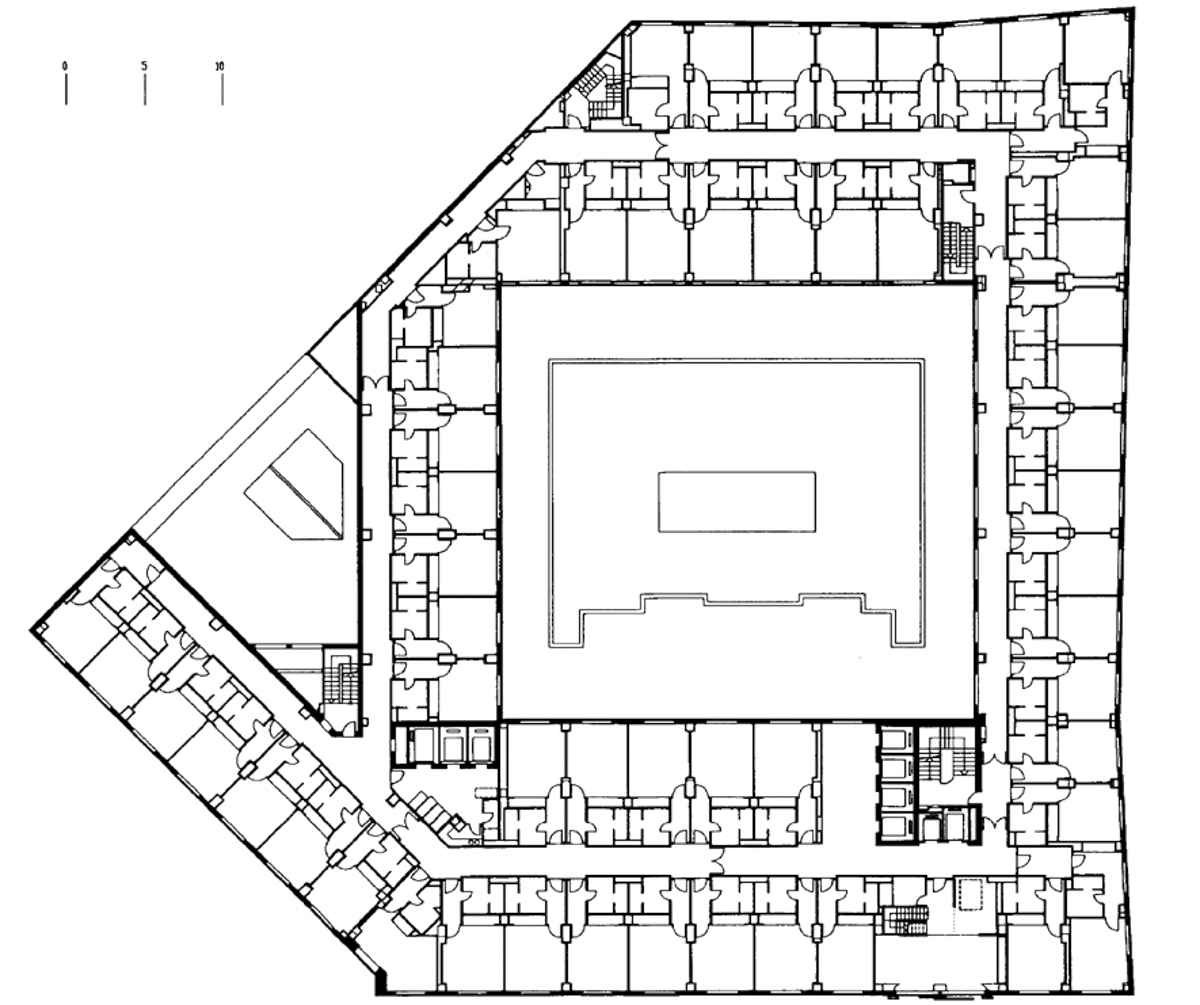