Read more Close
Read more Close
The new building hosts the "Barcelona Picasso Museum Studies Center", with complementary activities at the Museum that connect it more closely with its surroundings.

The main facade overlooking the square of Sabartés delimits a new composition plan, independent of the whole of the current Museum but with a close relationship established by proximity. A large window protected by a cantilever opens it on the city. In addition, this makes possible the visual continuity between the museum garden and the square, drawn in a unitary fashion.

The two other facades, that of the rue de Flassaders and that of Picasso's garden, are more hermetic with regard to the private world created within the volume.

All forms, openings, measures equal to those existing in the Museum, allow vision and relationship with the street and the garden.

Two materials ensure the durability of the building in this urban environment while adding at the same time complexity to its vision: the stone on the ground floor and the stucco on the upper floor. 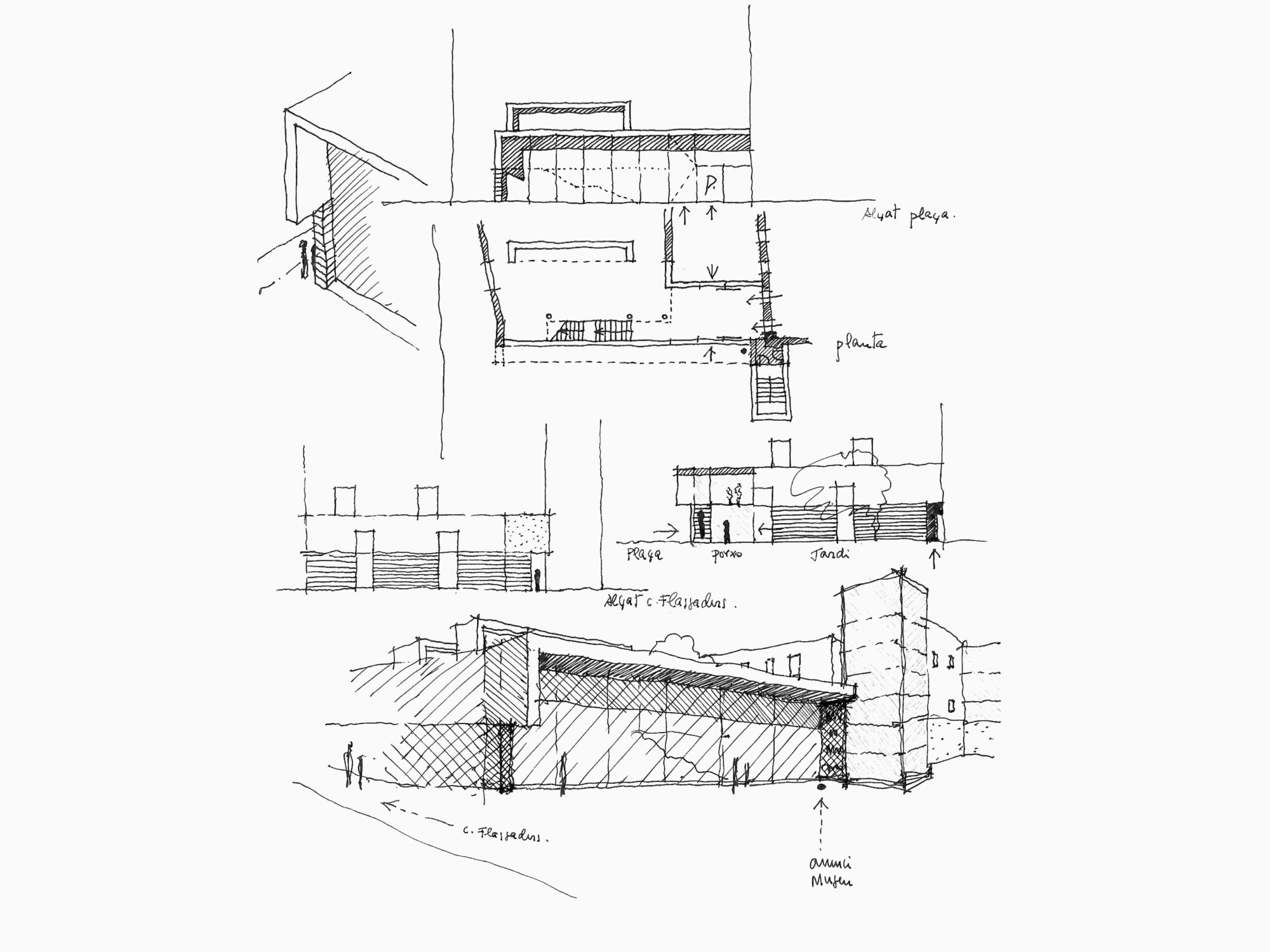 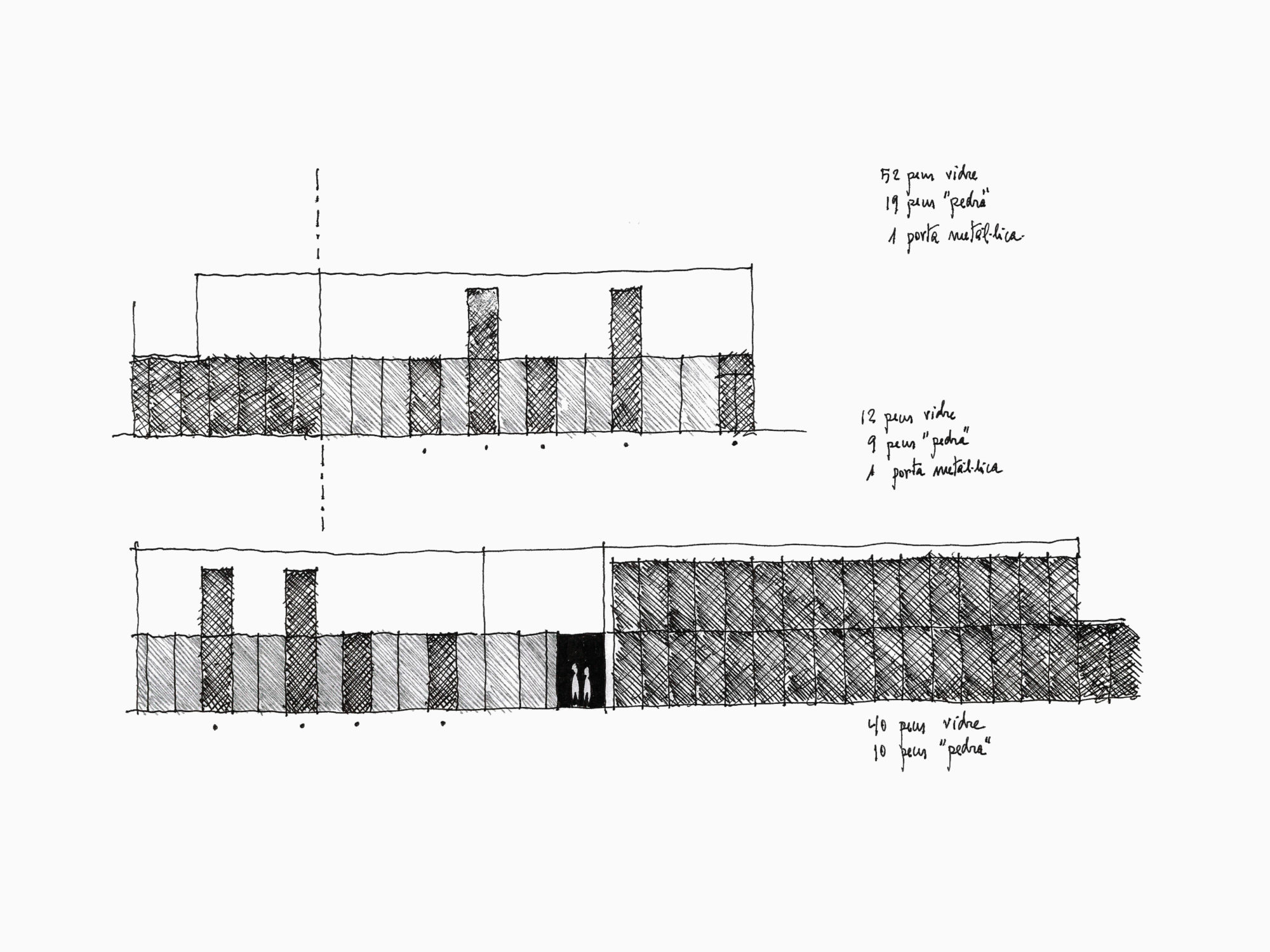 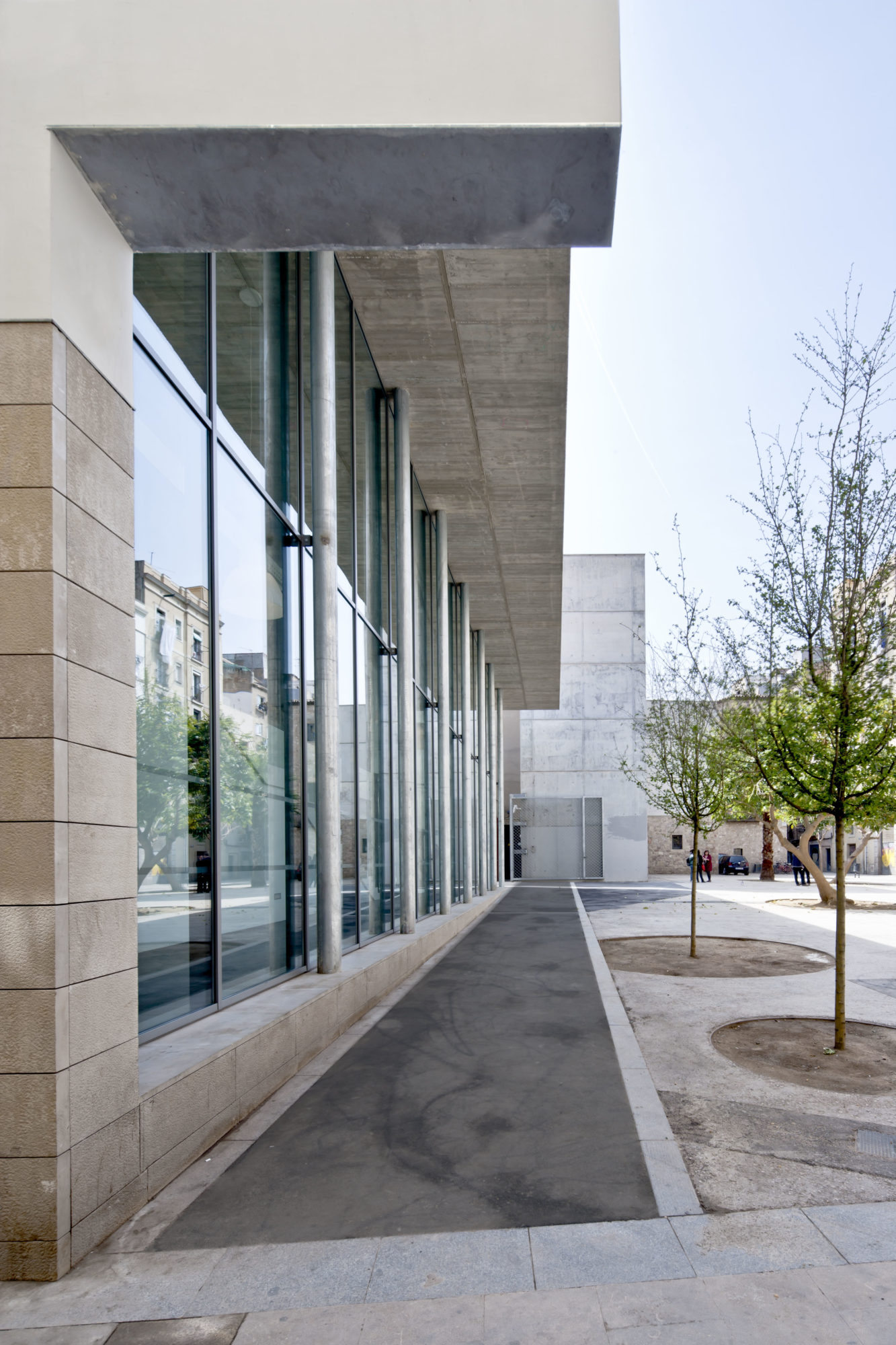 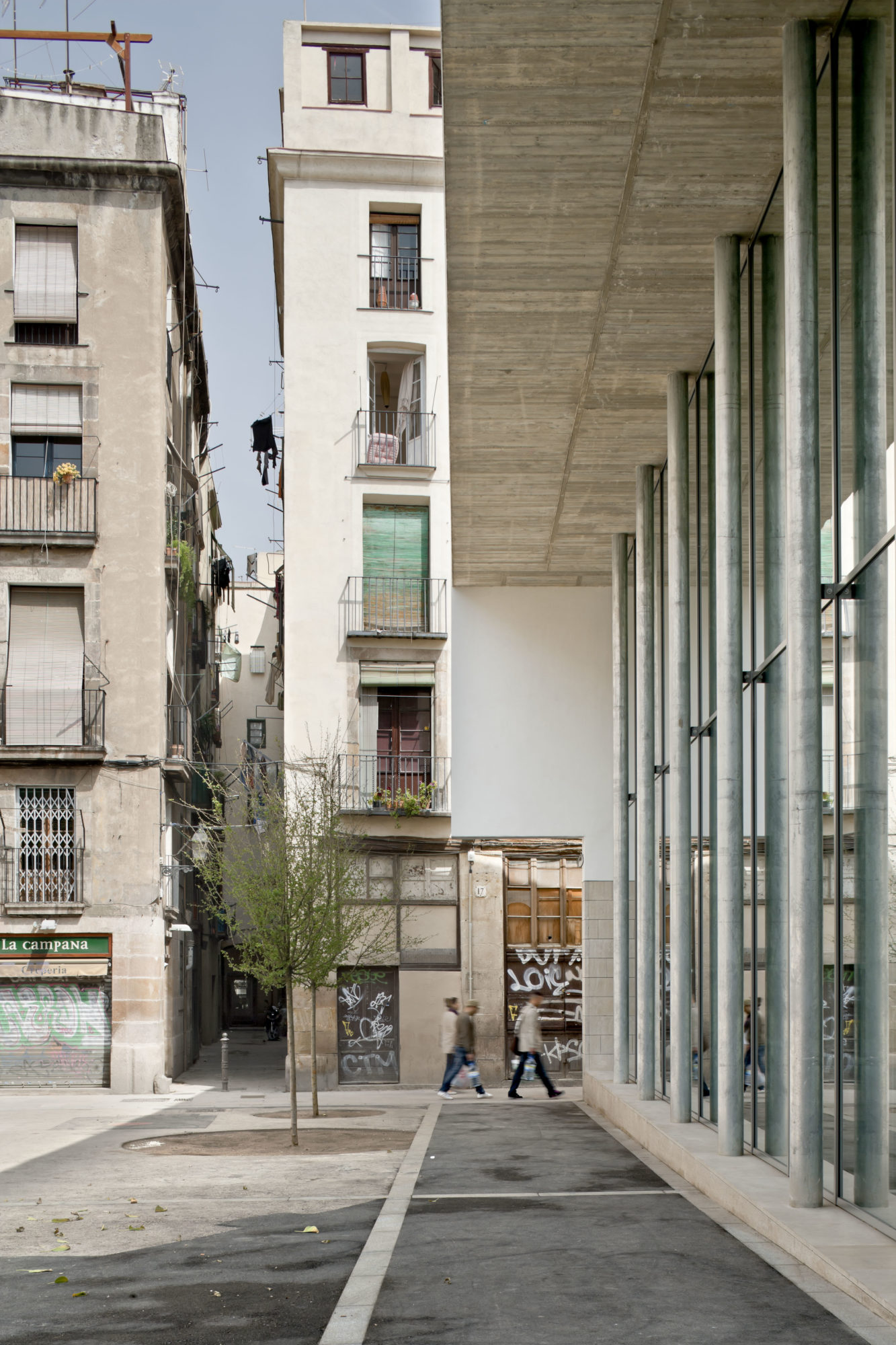 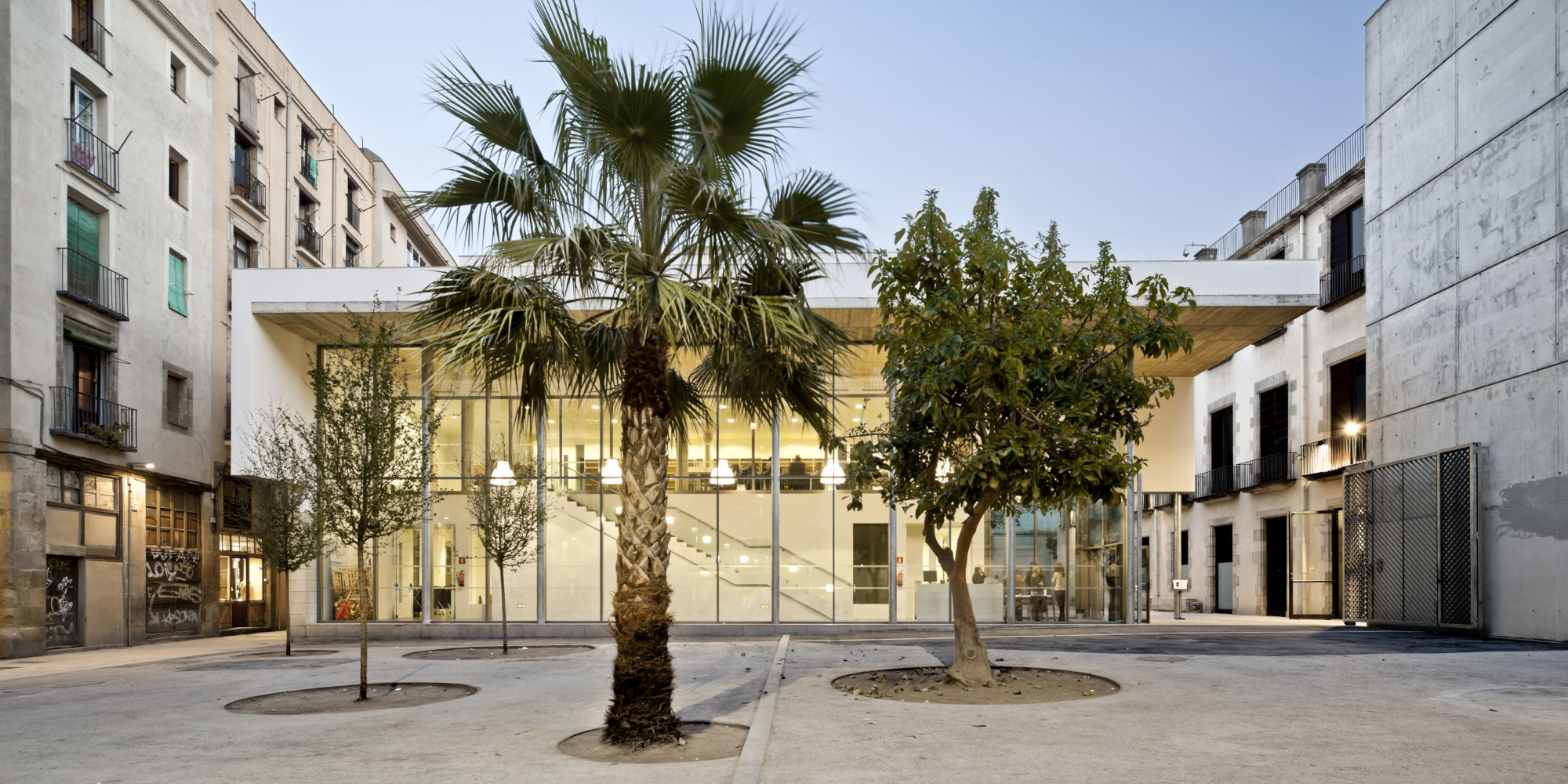 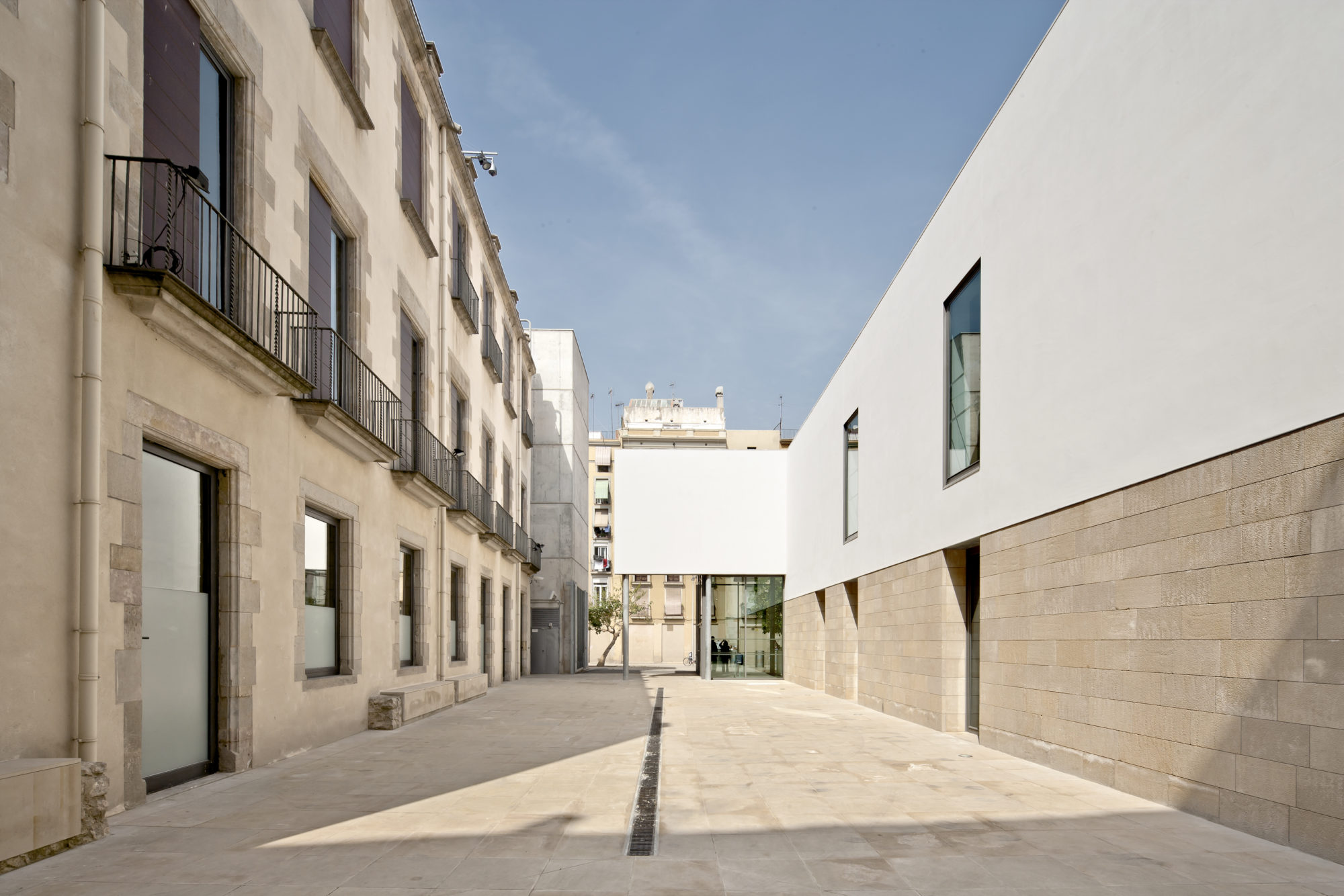 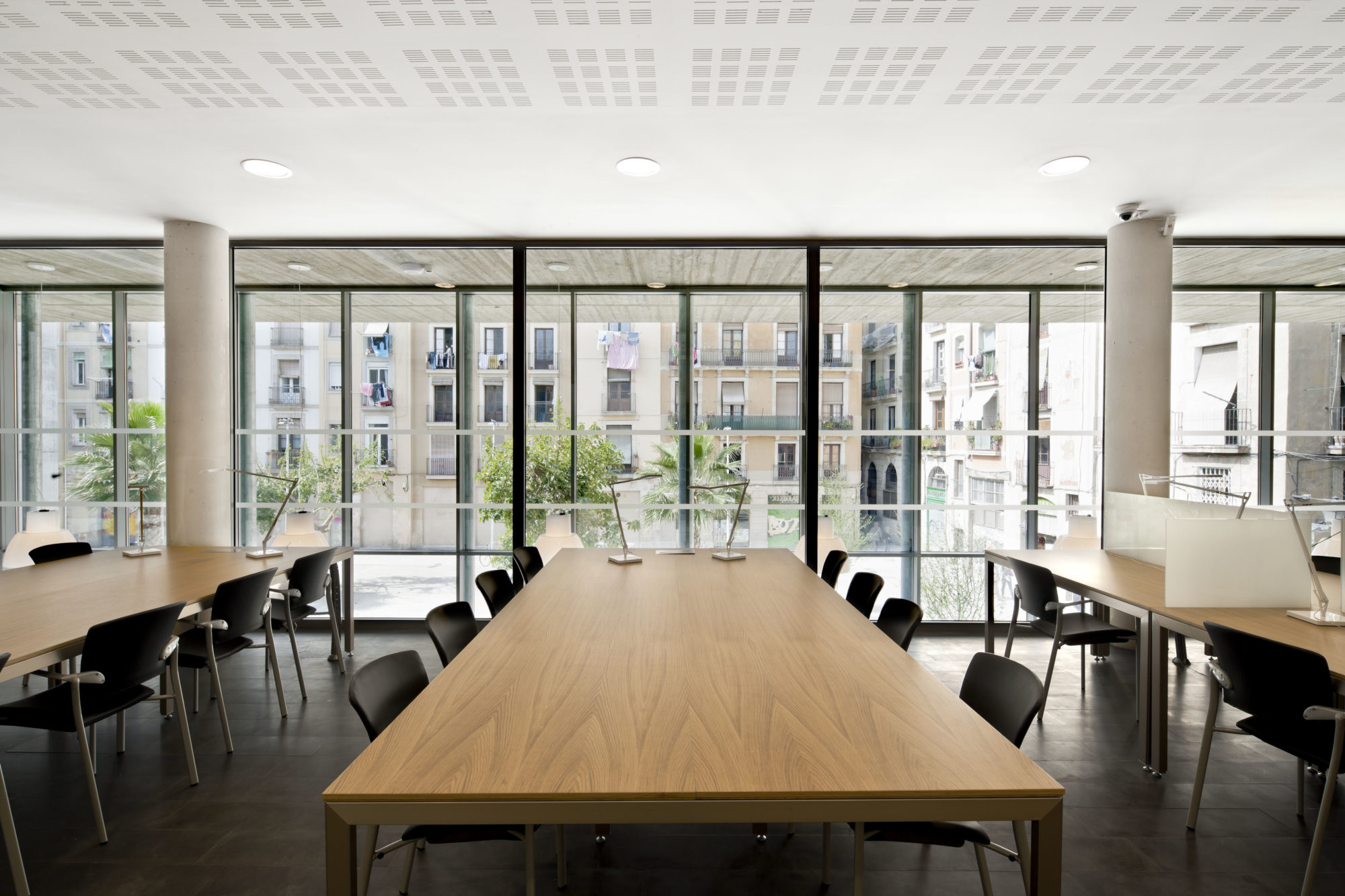 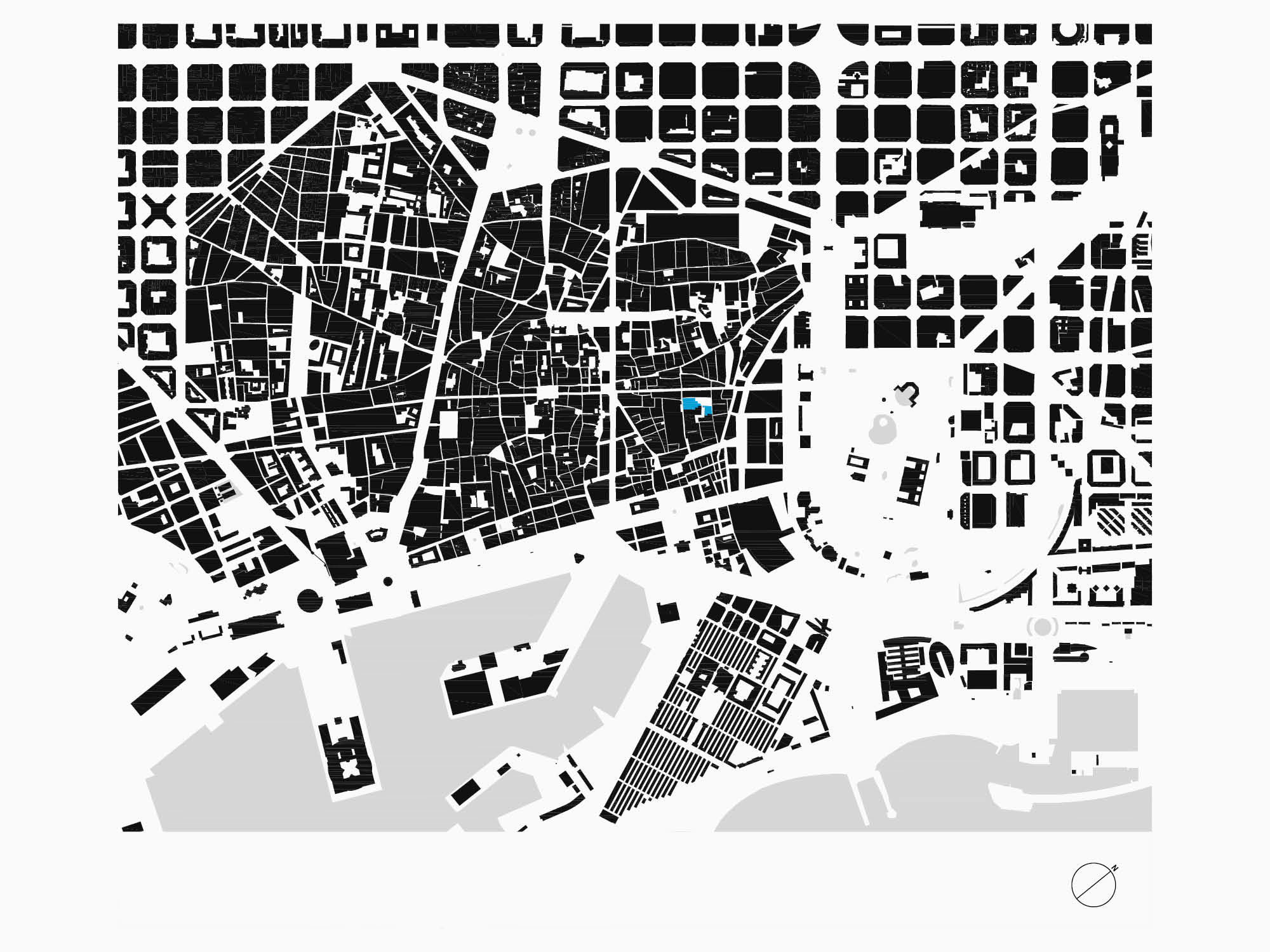 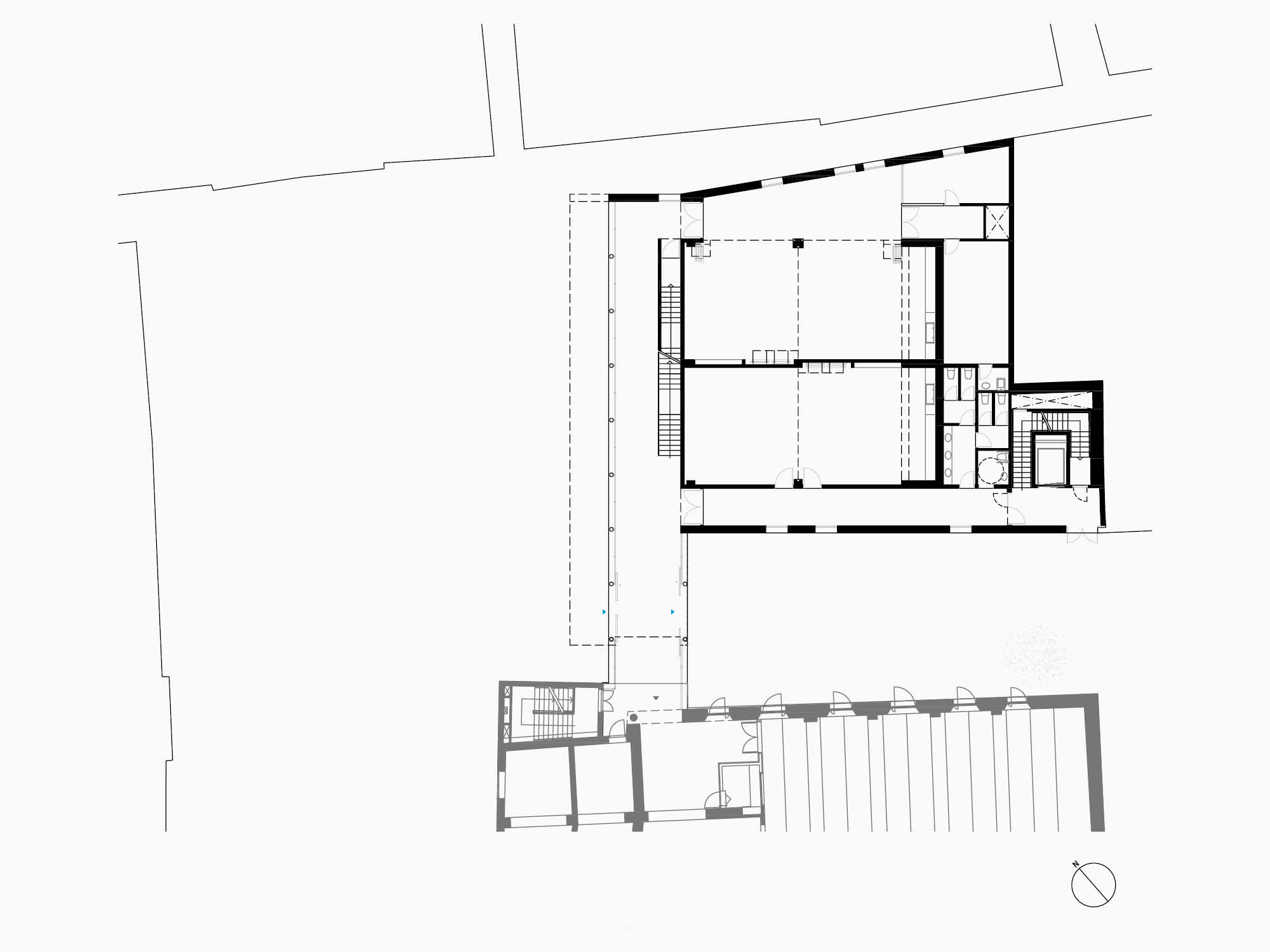 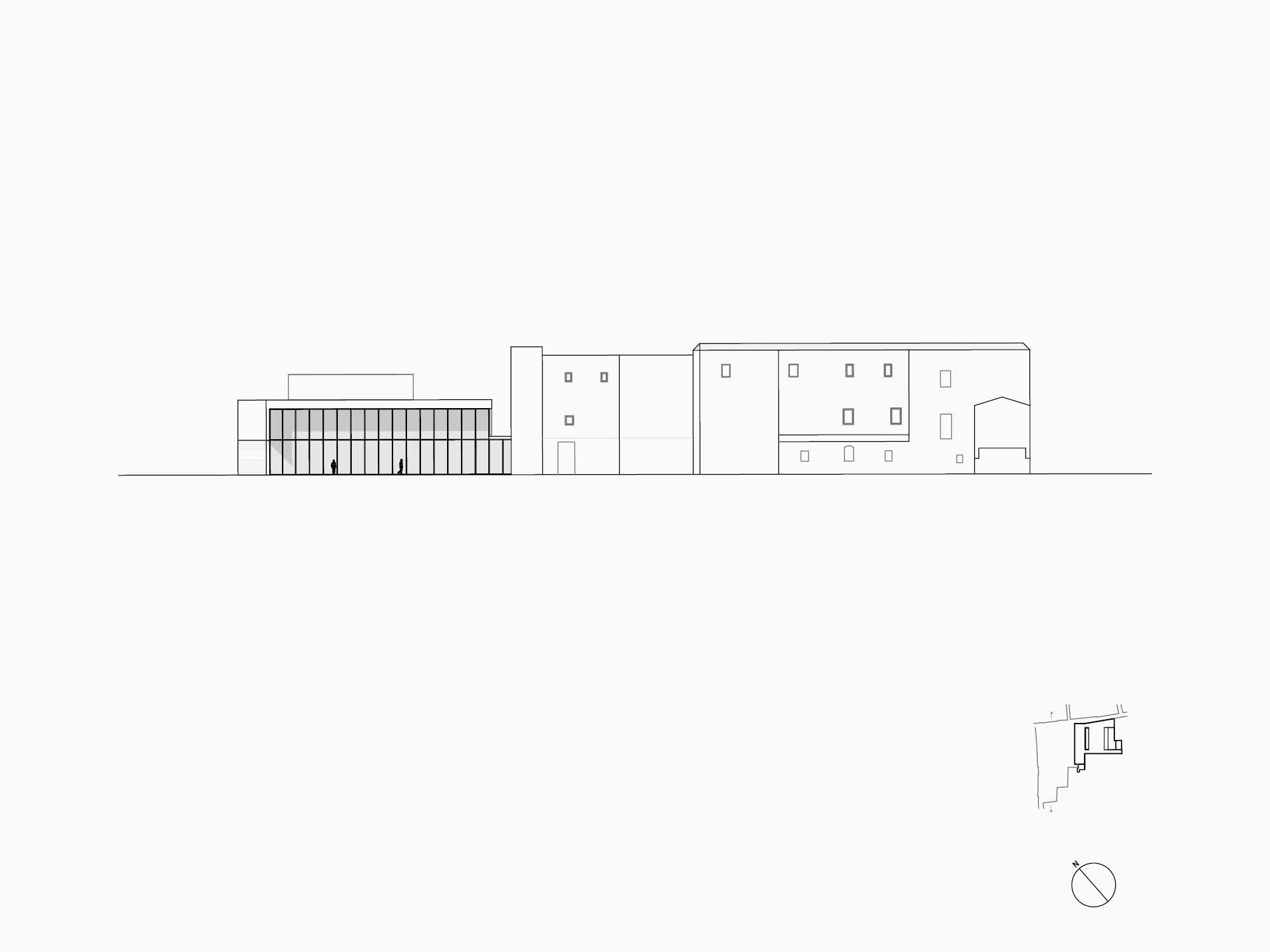