Museum of Science of Barcelona, Spain,
1979

The building was composed of two sectors. The first one, built by the architect Domènech i Estepà between 1904 and 1909, is easily identifiable in the work as a whole. The other, from the 40's, in the area adjacent to Domenech and Estepà, which was the least recoverable due to the small dimensions and layout of the spaces that made it up. Here the total replacement of the constructed volume was realized, which allowed to arrive, with the new work, to three primordial objectives simultaneously:

1. Clarity and strike in the interior distribution of the building. Required condition at a local of this type.
2. New and innovative exterior image very convenient for a building recently incorporated into its public role.
3. Transparency of the building in the central area, which makes it possible to transfer the qualities of the South exterior to the interior of the building and as a result of the main access oriented to North.

On the other hand, we can summarize by stating that the totality of the building is composed of a succession of spacious rooms, of considerable dimensions, all of which are related to the central high-rise lobby and the gardens located to the south of the site.
Award
Finalista Premis FAD Restauració 1980 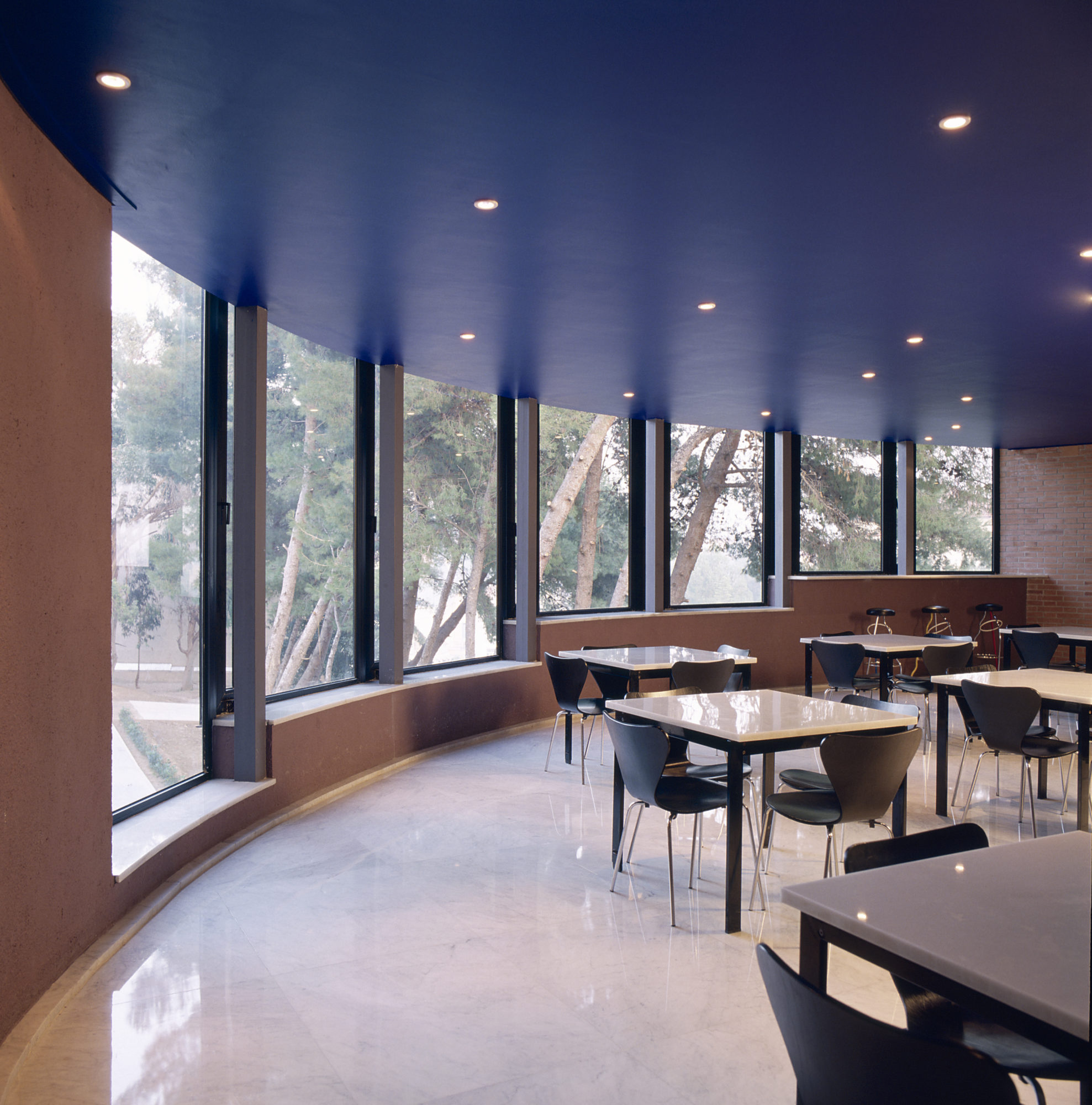